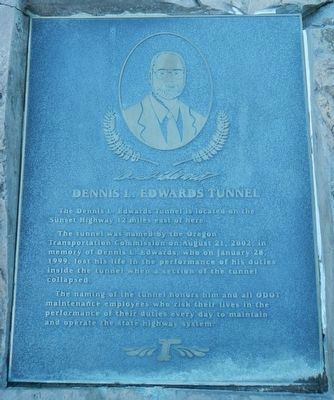 The Dennis L. Edwards Tunnel is located on the Sunset Highway 12 miles east of here.
The tunnel was named by the Oregon Transportation Commission on August 21, 2002, in memory of Dennis L. Edwards, who on January 28, 1999, lost his life in the performance of his duties inside the tunnel when a section of the tunnel collapsed.
The naming of the tunnel honors him and all ODOT maintenance employees who risk their lives in the performance of their duties every day to maintain and operate the state highway system.

Erected by Oregon Department of Transportation.

Topics. This historical marker is listed in this topic list: Disasters. A significant historical date for this entry is January 28, 1999.

Other nearby markers. At least 2 other markers are within walking distance of this marker. 41st Infantry Division (about 300 feet away, measured in 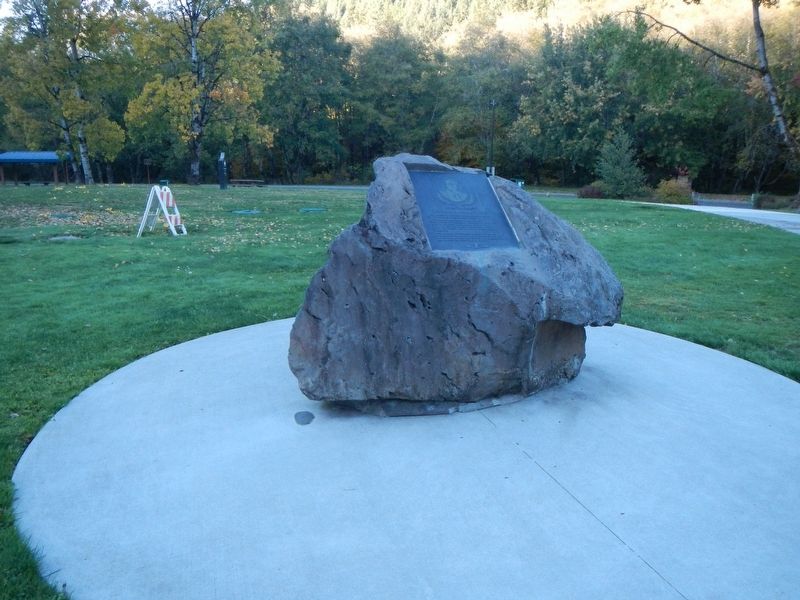 Click or scan to see
this page online
a direct line); The Tillamook Burn (about 400 feet away).

More about this marker. This marker is located at the Sunset Rest Area. 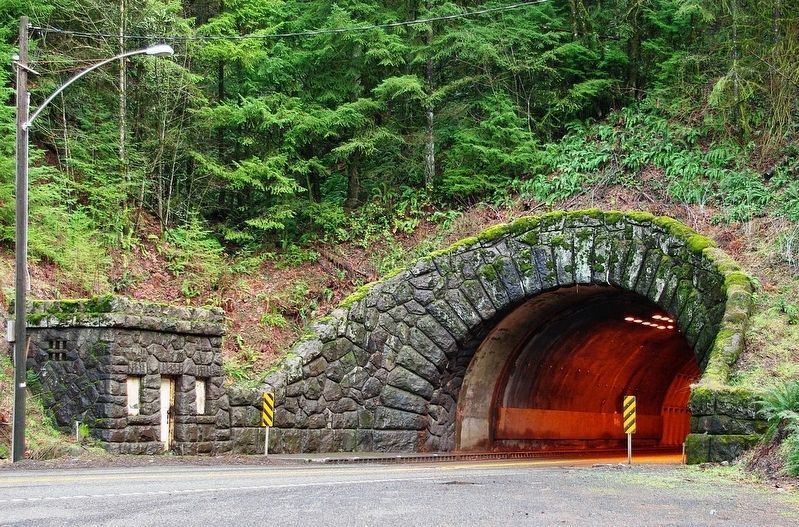