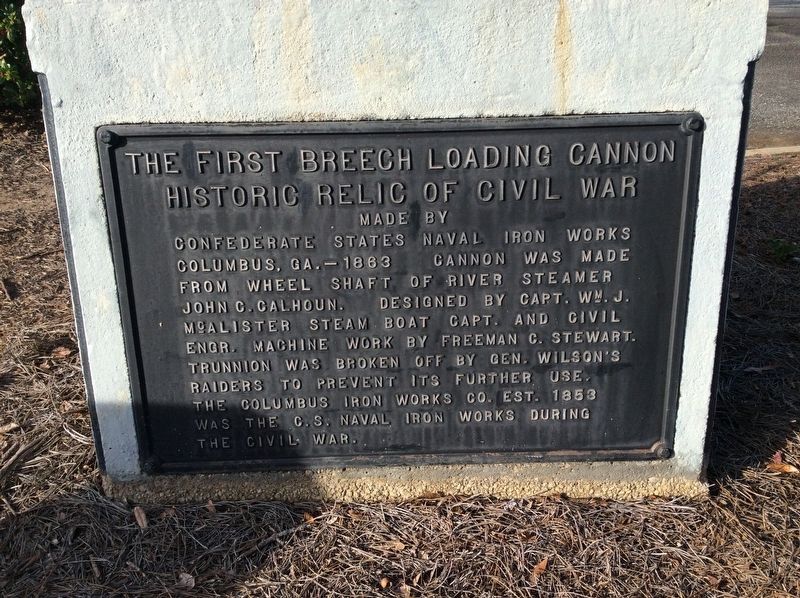 Topics. This memorial is listed in these topic lists: Industry & Commerce • War, US Civil. A significant historical year for this entry is 1863.

Location. 32° 28.01′ N, 84° 58.418′ W. Marker is in Columbus, Georgia, in Muscogee County. Memorial is on Wynnton Road, on the right when traveling west. The marker and cannon are outside of the Columbus Museum. Touch for map. Marker is at or near this postal address: 1315 Wynnton Rd, Columbus GA 31906, United States of America. Touch for directions. 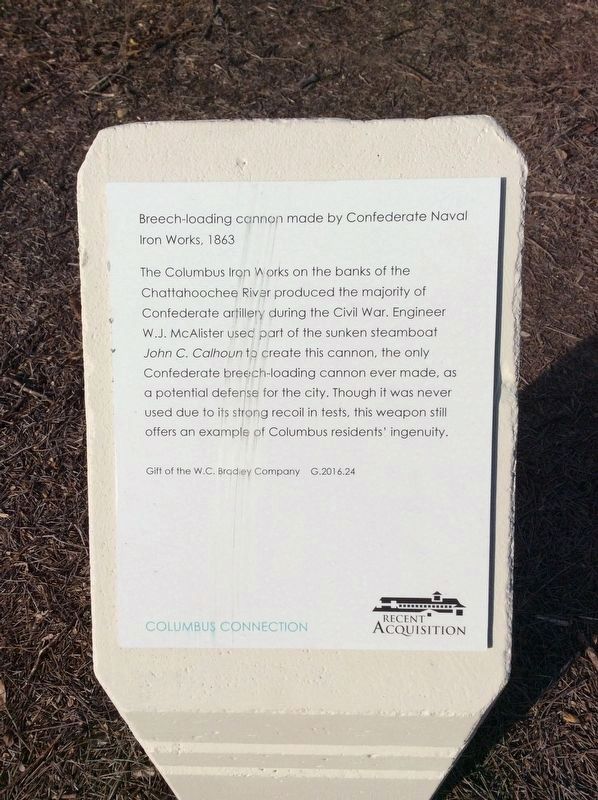 Photographed By J. Makali Bruton, December 25, 2017
2. The First Breech Loading Cannon Marker
An additional marker about the cannon. It reads:

Breech-loading cannon made by Confederate Naval Iron Works, 1863
The Columbus Iron Works on the banks of the Chattahoochee River produced the majority of Confederate artillery during the Civil War. Engineer W.J. McAlister used part of the sunken steamboat John C. Calhoun to create this cannon, the only Confederate breech-loading cannon ever made, as a potential defense for the city. Though it was never used due to its strong recoil in tests, this weapon still offers an example of Columbus residents' ingenuity.
Gift of the W.C. Bradley Company G.2016.24

Related marker. Click here for another marker that is related to this marker. A marker at the former Columbus Iron Works that mentions the cannon. 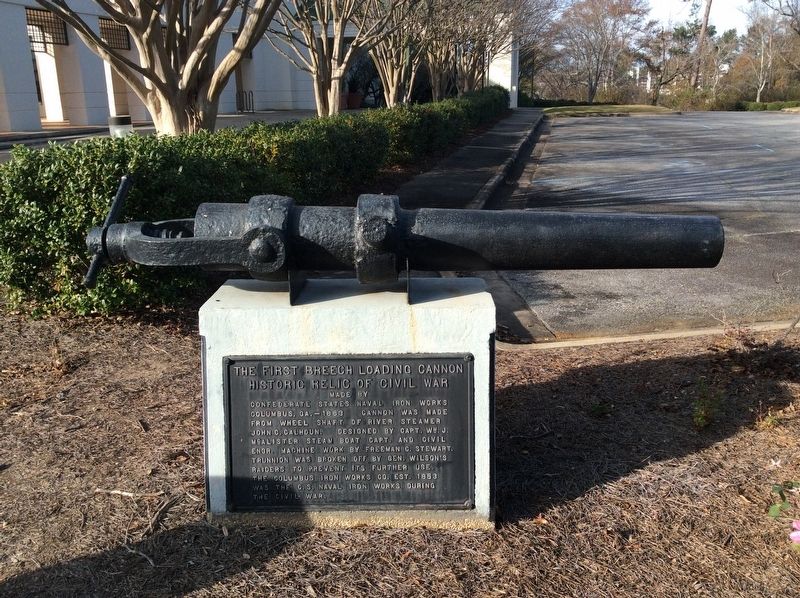 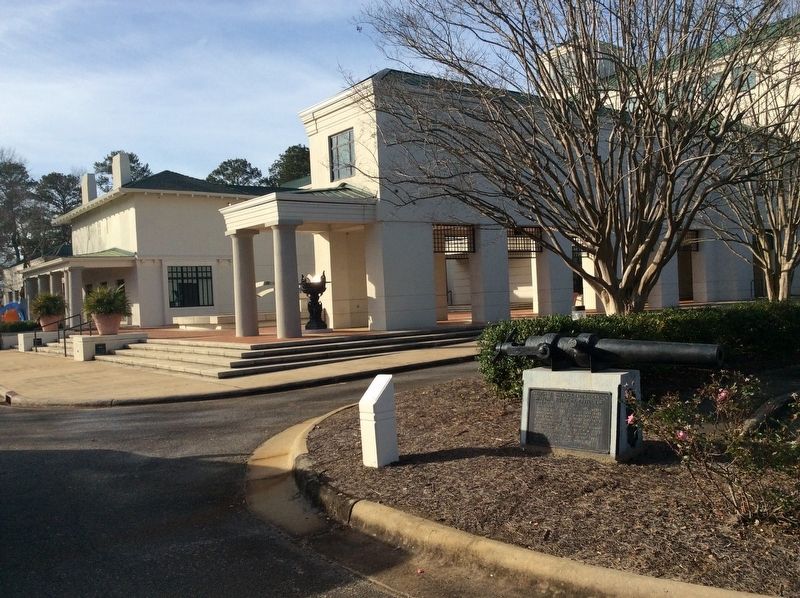