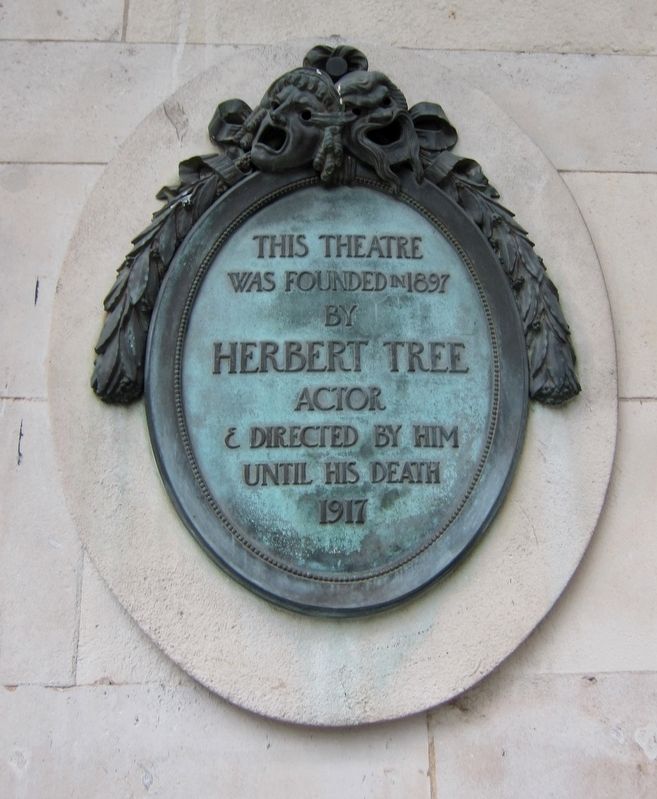 Photographed By Andrew Ruppenstein, October 13, 2017
1. Herbert Tree Marker
Inscription.
Herbert Tree. .
This theatre was founded in 1897 by Herbert Tree Actor and directed by him until his death 1917. . This historical marker is in City of Westminster in Greater London England United Kingdom

Topics. This historical marker is listed in these topic lists: Arts, Letters, Music • Education. A significant historical year for this entry is 1897. 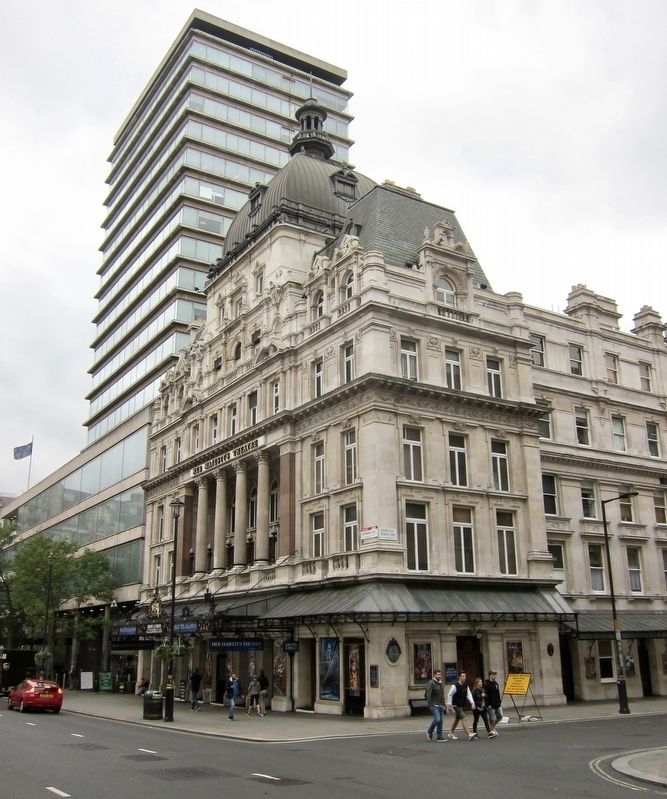 Photographed By Andrew Ruppenstein, October 13, 2017
2. Herbert Tree Marker - Wide View
The marker is visible here on the corner of Her Majesty's Theatre.

Click or scan to see
this page online
. "Sir Herbert Beerbohm Tree (17 December 1852 – 2 July 1917) was an English actor and theatre manager....Tree began performing in the 1870s. By 1887, he was managing the Haymarket Theatre, winning praise for adventurous programming and lavish productions, and starring in many of its productions. In 1899, he helped fund the rebuilding, and became manager, of His Majesty's Theatre. Again, he promoted a mix of Shakespeare and classic plays with new works and adaptations of popular novels, giving them spectacular productions in this large house, and often playing leading roles. His wife, actress Helen Maud Holt, often played opposite him and assisted him with management of the theatres....Although Tree was regarded as a versatile and skilled actor, particularly in character roles, by his later years, his technique was seen as mannered and old fashioned. He founded the Royal Academy of Dramatic Art in 1904 and was knighted, for his contributions to theatre, in 1909. His famous family includes his siblings, explorer Julius Beerbohm, author Constance Beerbohm and half-brother caricaturist Max Beerbohm. His daughters were Viola, an actress, Felicity and Iris, a poet; and his illegitimate children included film director Carol Reed. A grandson was the actor Oliver Reed." (Submitted on February 9, 2018.) 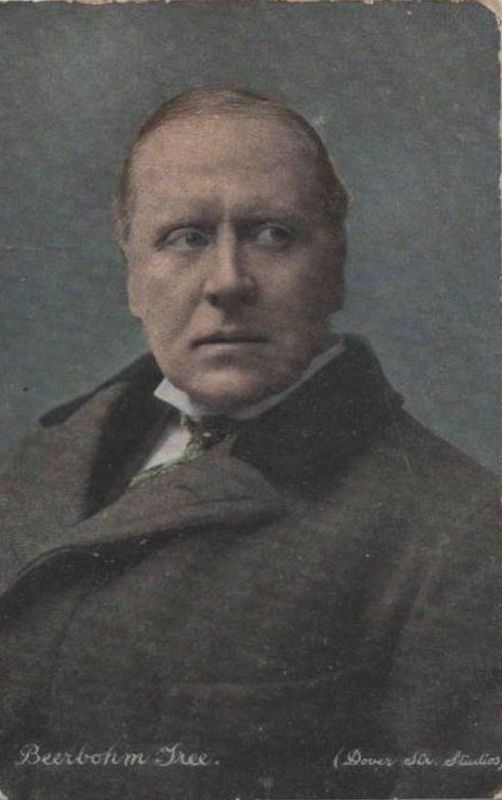