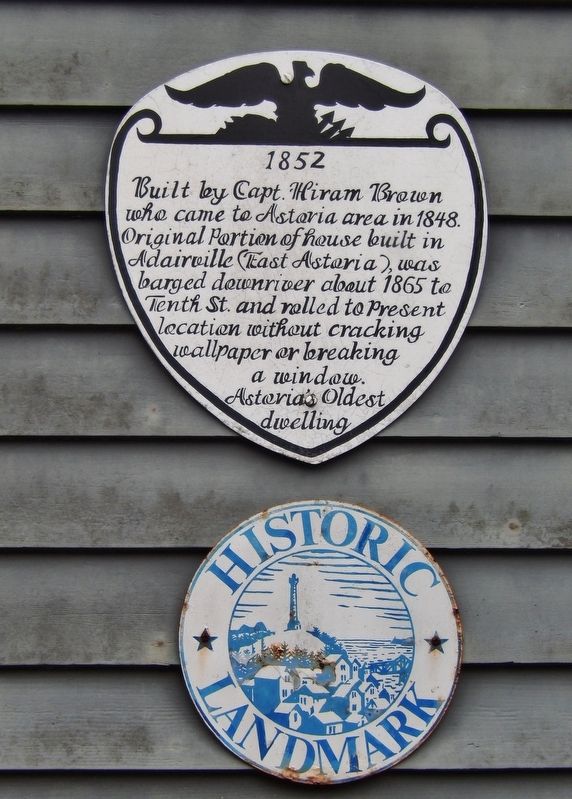 Built by Capt. Hiram Brown who came to Astoria area in 1848. Original Portion of house built in Adairville (East Astoria), was barged downriver about 1865 to Tenth St. and rolled to present location without cracking wallpaper or breaking a window. Astoria’s oldest dwelling.

Location. 46° 11.212′ N, 123° 49.744′ W. Marker is in Astoria, Oregon, in Clatsop County. Marker is on Franklin Avenue west of 14th Street, on the left when traveling west. Marker is mounted at eye-level, directly on wall subject building, near the entrance. Touch for map. Marker is at or near this postal address: 1337 Franklin Avenue, Astoria OR 97103, United States of America. Touch for directions. 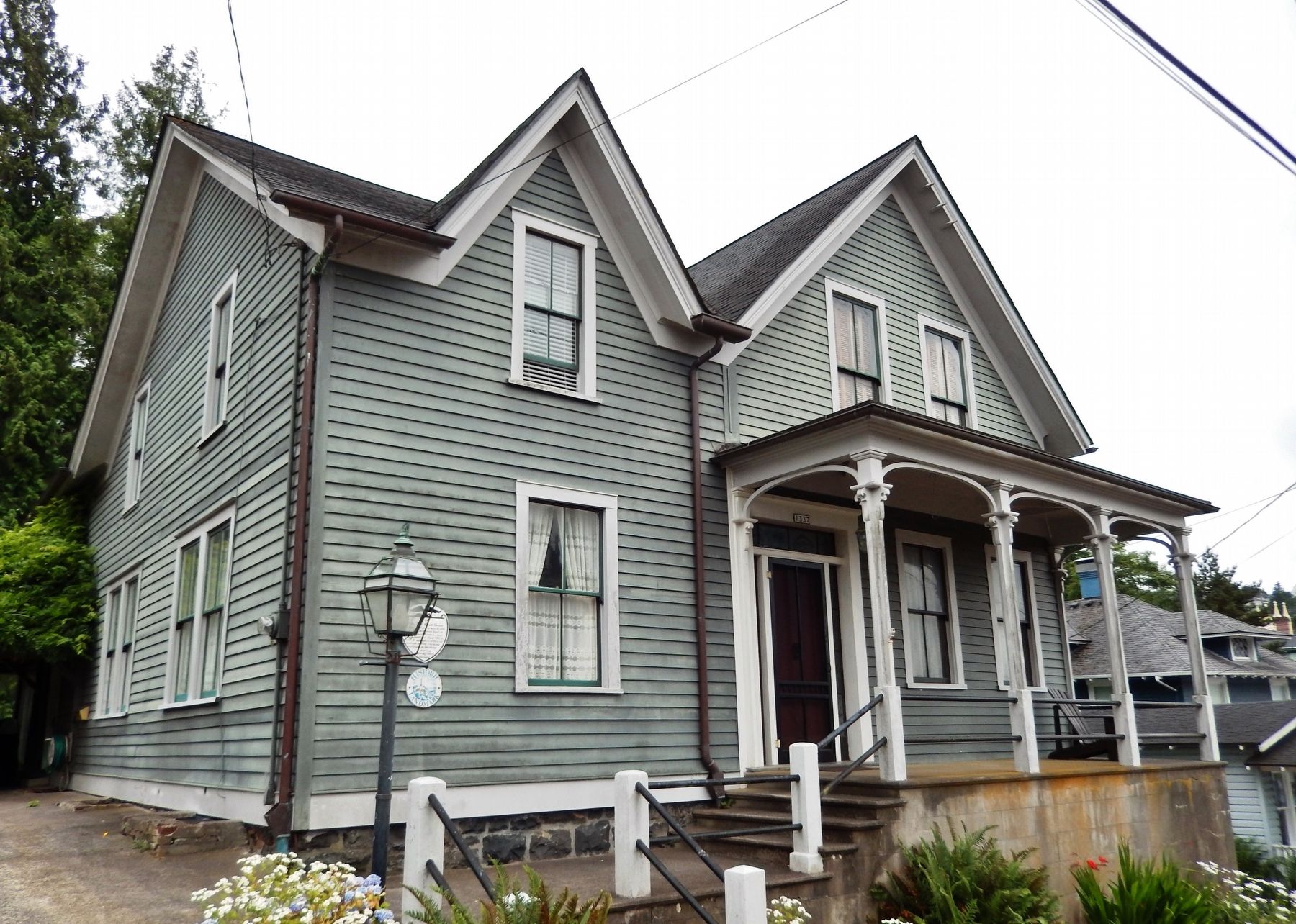 Also see . . .
1. The oldest dwelling in Astoria, Oregon.
This link has additional photographs and information on the Capt. Hiram Brown house (Submitted on February 21, 2018, by Cosmos Mariner of Cape Canaveral, Florida.)