Photographed By Cosmos Mariner, July 6, 2015
1. Welcome to Dallas Mural Marker
Inscription.
Welcome to Dallas. Main Street – 1874. , , 1842 Pioneers settled the town of Cynthian , 1852 Changed name to Dallas , 1898 Fire destroyed the entire downtown, but was rebuilt the next year with brick and stone . This historical marker was erected in 2010 by Kev Kohler. It is in Dallas in Polk County Oregon

1842 Pioneers settled the town of Cynthian
1852 Changed name to Dallas
1898 Fire destroyed the entire downtown, but was rebuilt the next year with brick and stone

Topics. This historical marker is listed in these topic lists: Disasters • Settlements & Settlers. A significant historical year for this entry is 1842.

Location. 44° 55.181′ N, 123° 19.017′ W. Marker is in Dallas, Oregon, in Polk County. Marker is at the intersection of Kings Valley Highway (Oregon Route 223) and Main Street, on the left when traveling east on Kings Valley Highway. Marker consists of a large historic mural painted across the entire south wall of the building at this address. Touch for map. Marker is at or near this postal address: 967 Main Street, Dallas OR 97338, United States of America. Touch for directions. 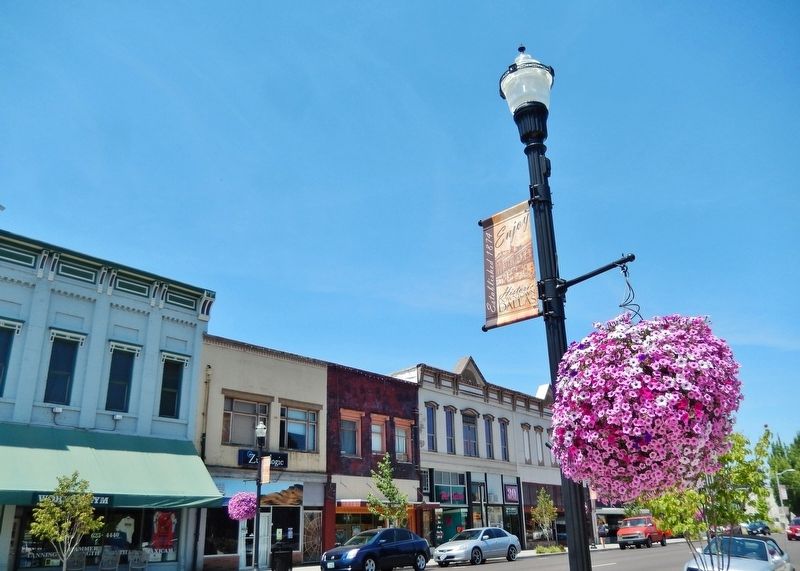 1. Dallas, Oregon.
Dallas was in competition with Independence to be the county seat and the citizens of Dallas raised $17,000 in order to have a branch of the narrow gauge railroad come to their town, thus securing the honor. The line was built from 1878–80. A more suitable name for a county seat was needed, and since George Mifflin Dallas was vice-president under James K. Polk, for whom the county was named, "Dallas" was a natural choice. (Submitted on February 21, 2018, by Cosmos Mariner of Cape Canaveral, Florida.)

2. Dallas History.
(This link includes photograph of Court Street from the late 1800s.) The only people living along the banks of the LaCreole River before 1842 were Native Americans and a few itinerant French Canadian fur trappers who, according to local lore, bestowed its name. Wagon trains first arrived in 1843 with these pioneers settling along the LeCreole River’s banks. The community of Cynthian grew on the north side of the LaCreole River, the area of north Dallas today. (Submitted on February 21, 2018, by Cosmos Mariner of Cape Canaveral, Florida.) 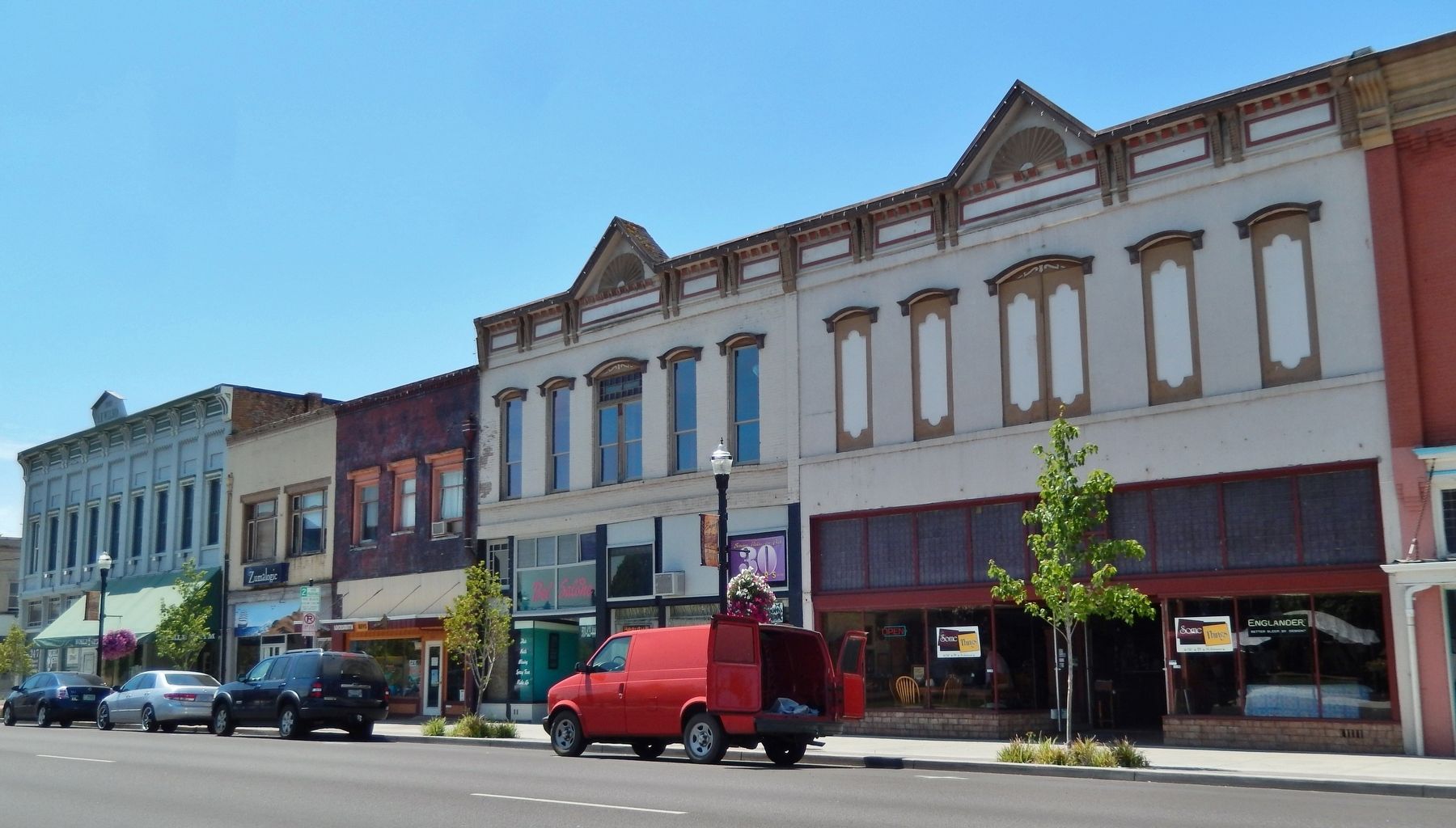 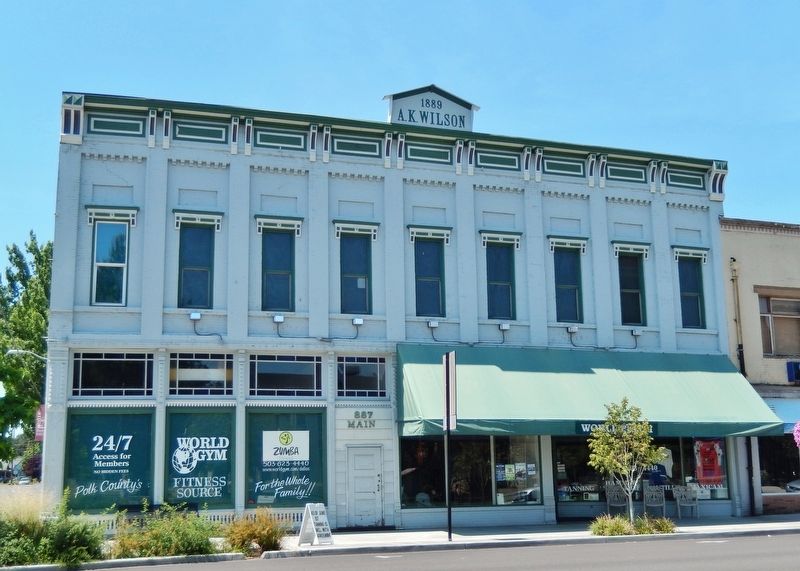 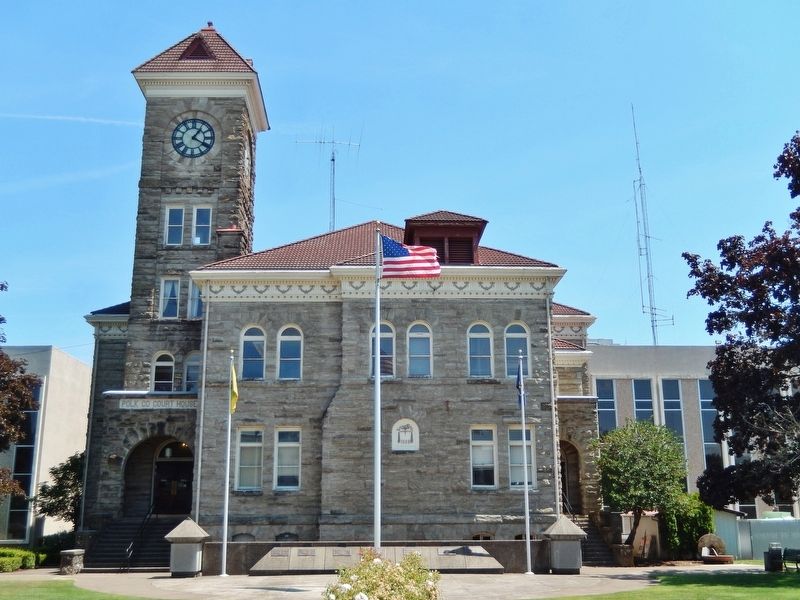