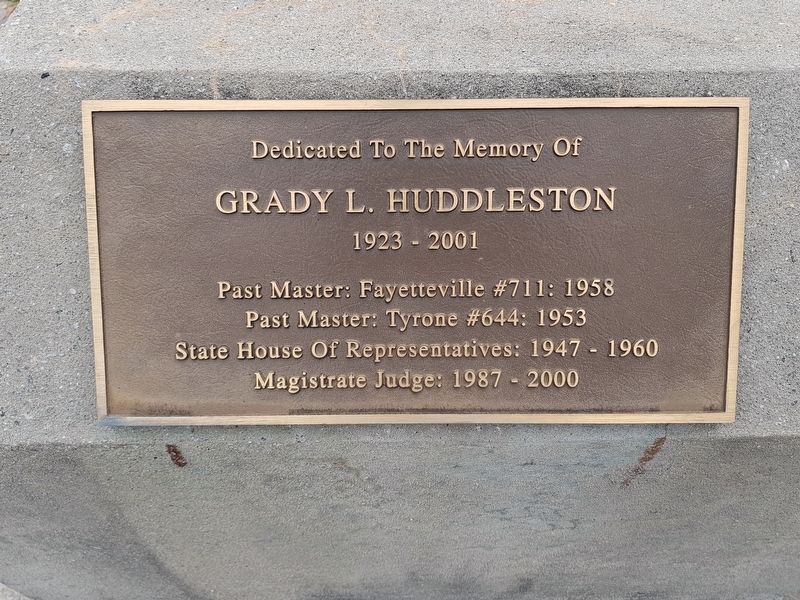 Location. 33° 26.912′ N, 84° 27.613′ W. Marker is in Fayetteville, Georgia, in Fayette County. Marker is on West Lanier Avenue west of Glynn Street N, on the left when traveling west. Touch for map. Marker is at or near this postal address: 200 W Lanier Ave, Fayetteville GA 30214, United States of America. Touch for directions. 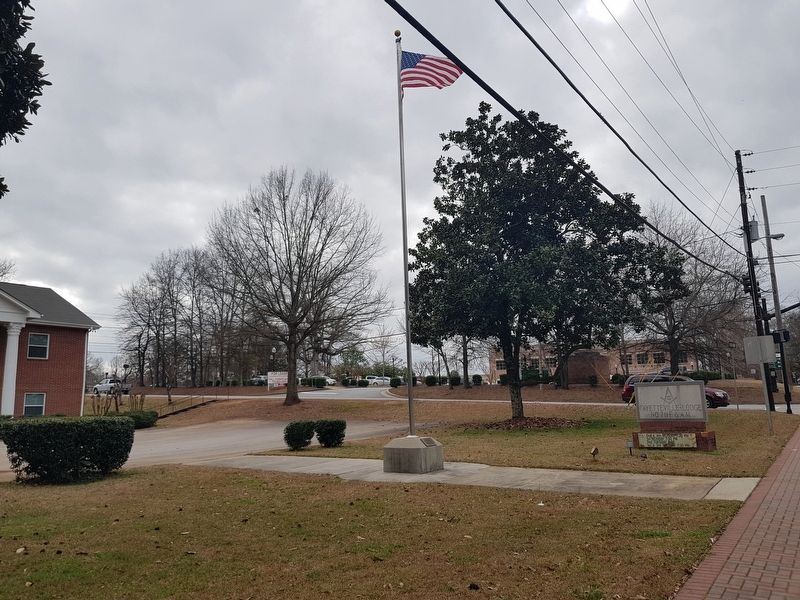 He was graduated from the University of Georgia in 1942 with a bachelor of science degree, and Woodrow Wilson College of Law, graduating in 1962 with an LLB degree.

From 1942 to 1946 he served in the United States Army in European Theater of Operations as an infantry platoon leader. He was company commander for 20 months, and received the Bronze Star and the European Theater Ribbon with two Battle Stars.

He married the former Carolyn Putman of Brooks, and they have two children. He served in the Georgia Legislature from 1947 to 1960 from Fayette County, and served on six various committees. 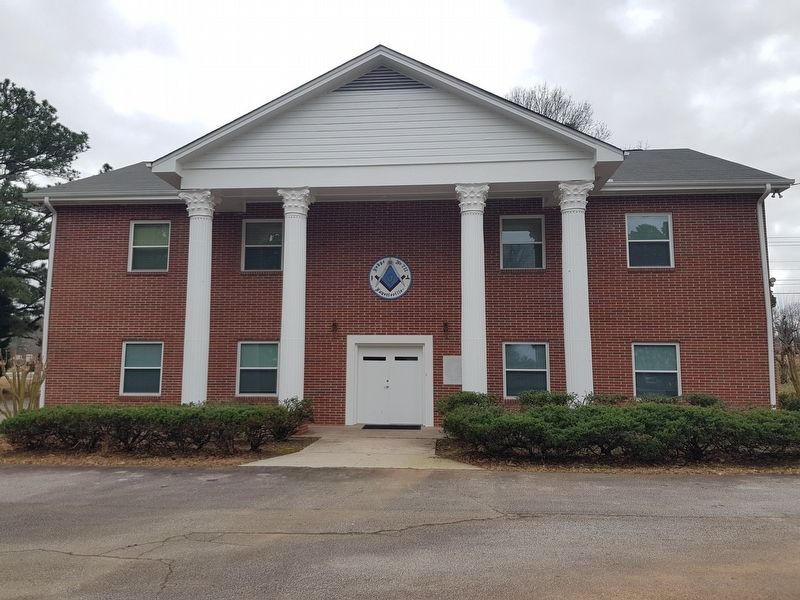 By J. Makali Bruton, February 15, 2018
3. Fayetteville Masonic Lodge #711
was state supervisor over all training, programs and coordinators from 1956 to 1963. In that year he was put in charge as the Director of Training statewide for the Georgia State Merit System. He retired in 1978. 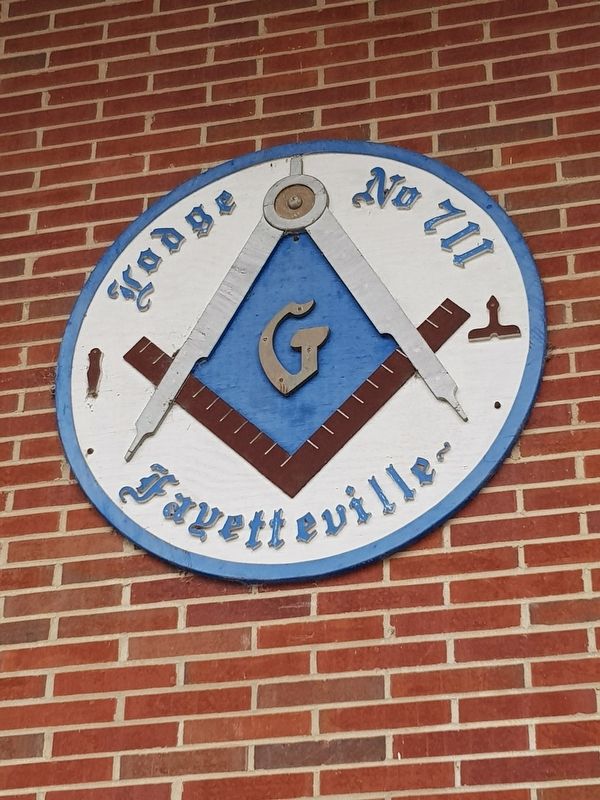 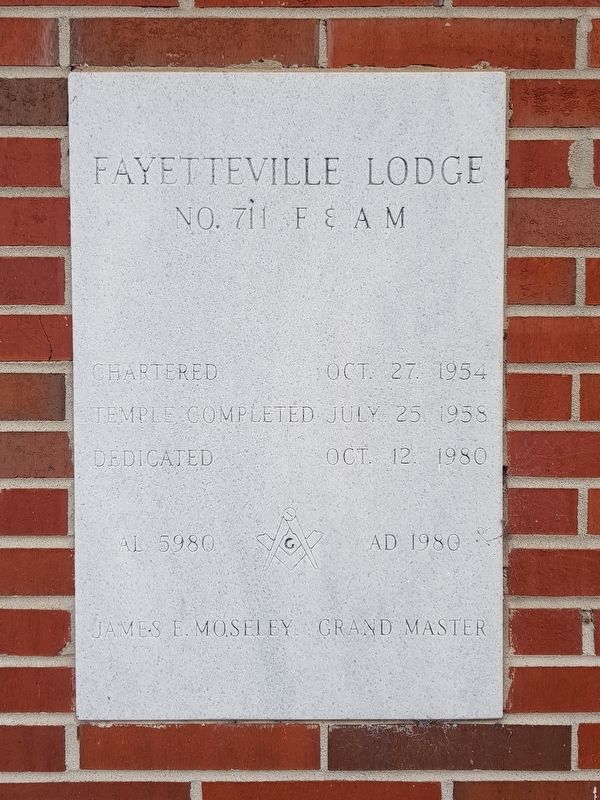