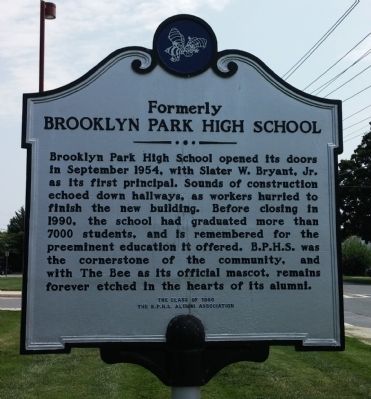 Brooklyn Park High School opened its doors in September 1954, with Slater W. Bryant, Jr. as its first principal. Sounds of construction echoed down hallways, as workers hurried to finish the new building. Before closing in 1990, the school had graduated more than 7000 students, and is remembered for the preeminent education it offered. B.P.H.S. was the cornerstone of the community, and with The Bee as its official mascot, remains forever etched in the hearts of its alumni.

Topics. This historical marker is listed in this topic list: Education. A significant historical month for this entry is September 1954.

Other nearby markers. At least 8 other markers are within 2 miles of this marker, measured as the crow flies. Pumphrey Elementary School (approx. 1.1 miles away); Brooklyn-Curtis Bay Veterans 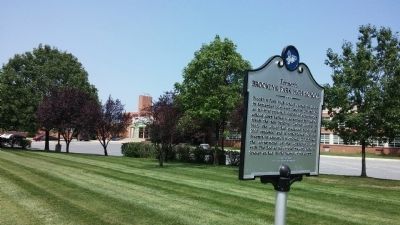 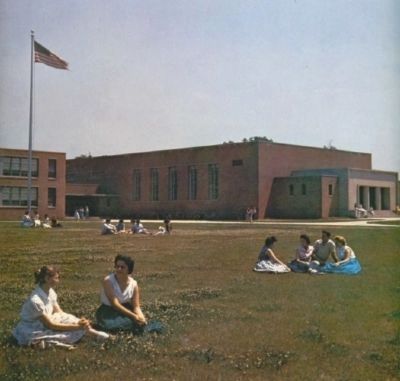 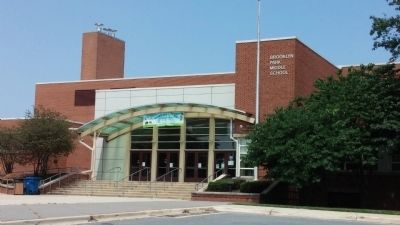 By F. Robby, August 7, 2014
4. Brooklyn Park Middle School
Same building as the former high school, now renovated as a middle school feeder to North County High School, which was created when Brooklyn Park merged with Andover high school in 1991.
Credits. This page was last revised on February 27, 2018. It was originally submitted on September 1, 2014, by F. Robby of Baltimore, Maryland. This page has been viewed 475 times since then and 12 times this year. Last updated on February 27, 2018, by Richard Stack of Linthicum Heights, Maryland. Photos:   1, 2, 3, 4. submitted on September 1, 2014, by F. Robby of Baltimore, Maryland. • Andrew Ruppenstein was the editor who published this page.
Share this page.