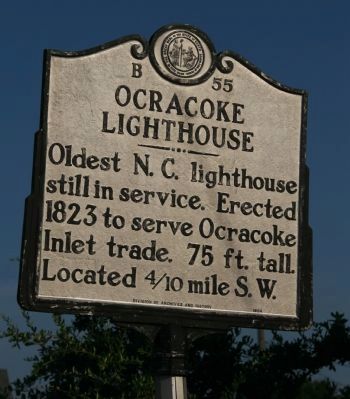 Erected 1994 by Division of Archives and History. (Marker Number B-55.)

Topics and series. This historical marker is listed in these topic lists: Industry & Commerce • Landmarks • Notable Buildings • Waterways & Vessels. In addition, it is included in the Lighthouses, and the North Carolina Division of Archives and History series lists. A significant historical year for this entry is 1823. 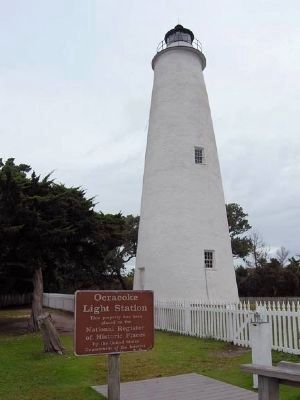 By Linda Walcroft, October 10, 2008
2. Ocracoke Lighthouse
The plaque reads "Ocracoke Light Station. This property has been placed on the National Register of Historic Places by the United States Department of Interior"

Related markers. Click here for a list of markers that are related to this marker. Ocracoke Island Light Station 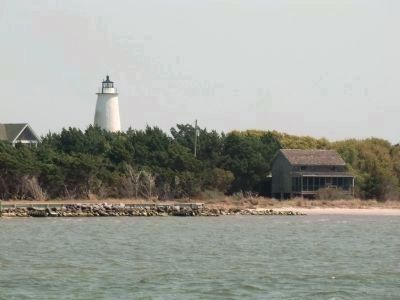 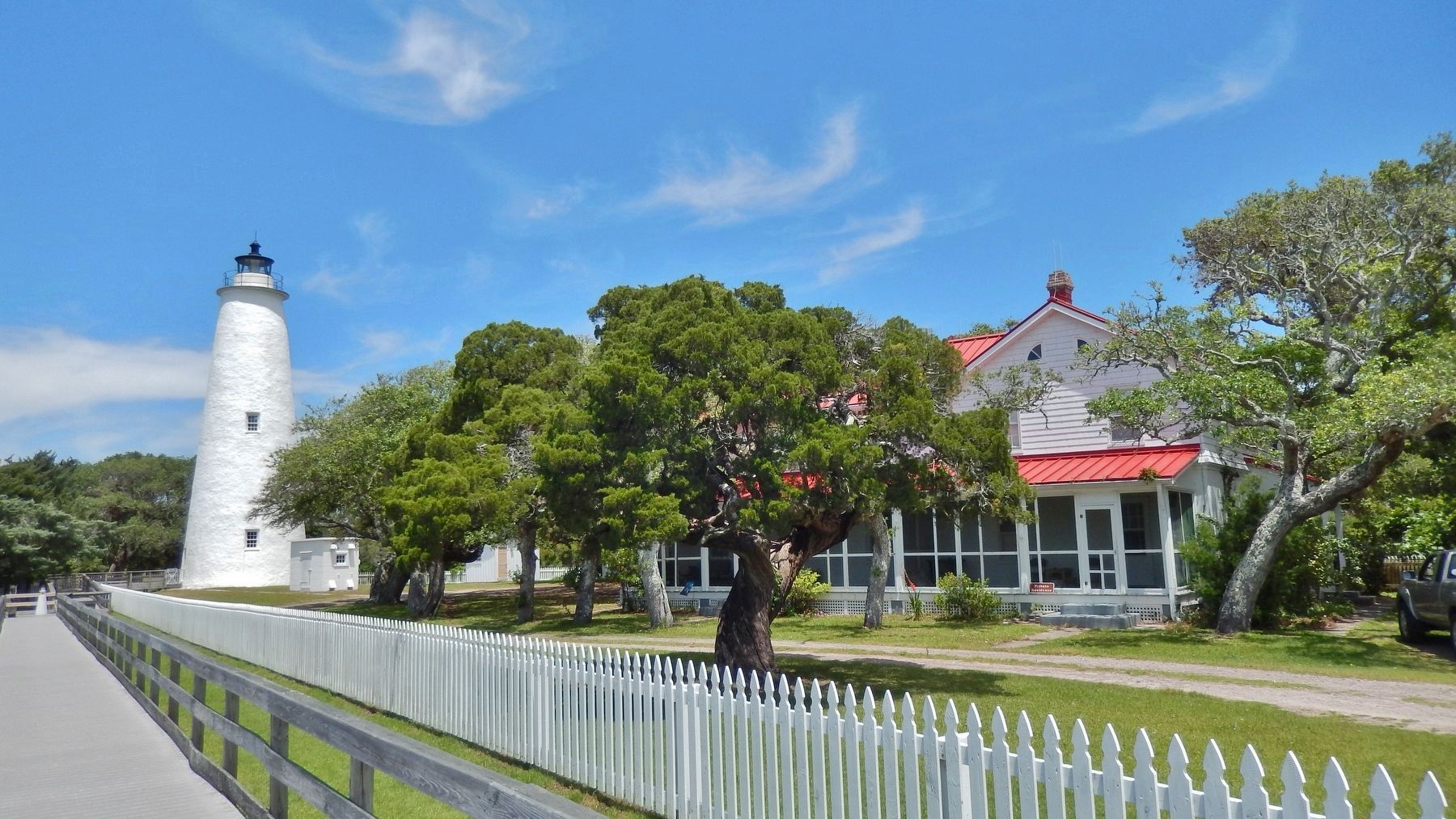