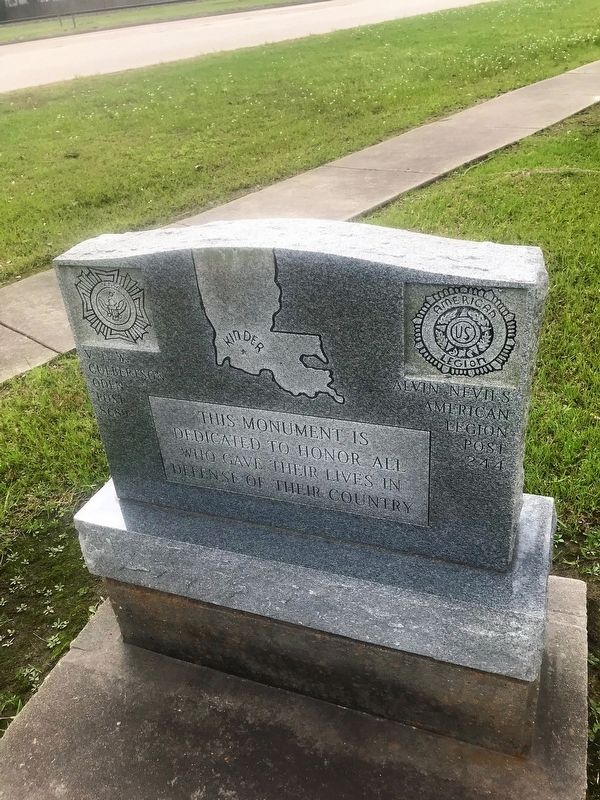 February 28, 2018
1. Kinder War Monument Marker
Inscription.
Kinder War Monument. .
This monument is Dedicated to honor all Who gave their lives in Defense of their country. . This monument was erected by Alvin Nevils American Legion Post 244 & VFW Culbertson Oden Post 8689. It is in Kinder in Allen Parish Louisiana

Other nearby markers. At least 6 other markers are within 11 miles of this marker, measured as the crow flies. 1st. Lt. Douglas B. Fournet (here, next to this marker); Great Louisiana Maneuvers' Blue Army Headquarters (about 600 feet away, measured in a direct line); Kinder, Louisiana (about 700 feet away); 1st. Lt. Douglas Bernard Fournet (approx. 2 miles away); Elton Veterans Memorial (approx. 9 miles away); Oberlin: A Blending of Cultures (approx. 10½ miles away). 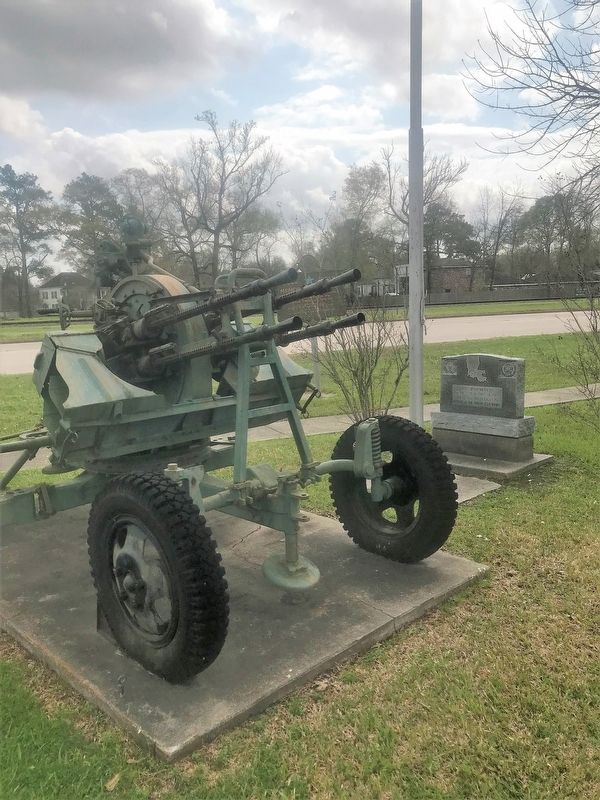