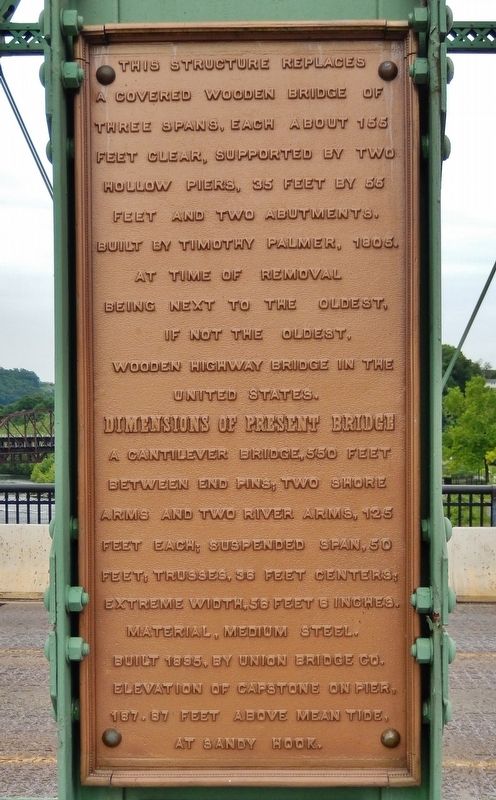 This structure replaces a covered wooden bridge of three spans, each about 155 feet clear, supported by two hollow piers, 35 feet by 55 feet and two abutments, built by Timothy Palmer, 1805. At the time of removal being next to the oldest, if not the oldest, wooden highway bridge in the United States.

Location. 40° 41.492′ N, 75° 12.262′ W. Marker is in Easton, Pennsylvania, in Northampton County. Marker can be reached from Northampton Street east of Larry Holmes Drive (Pennsylvania Route 611), on the right when traveling east. Marker 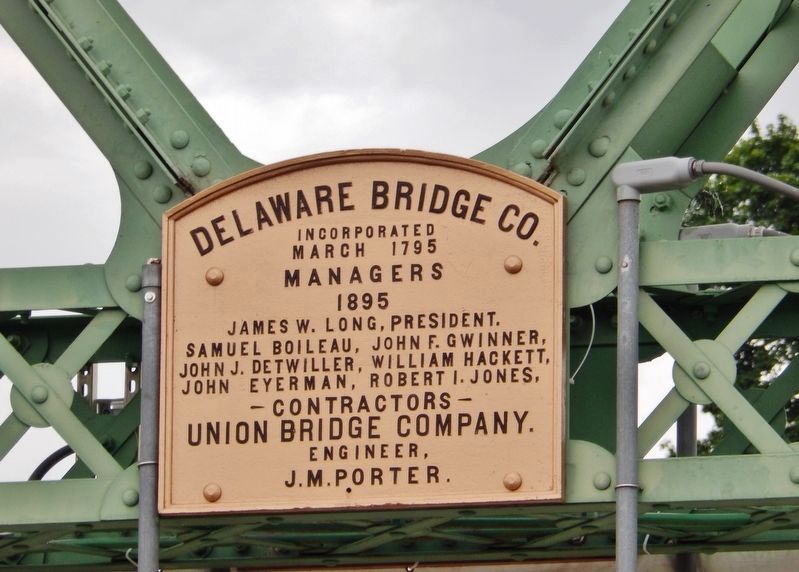 Related markers. Click here for a list of markers that are related to this marker. Northampton Street Bridge

Also see . . .
1. Northampton Street Bridge.
Combining aesthetics with economical design, the Northampton Street Bridge employs a cantilever design with overhead sway bracing confined to the pier elements, giving it the appearance of a small, graceful suspension bridge. Fine ornamental work and miniature turret finishings on the main verticals add to the bridge's elegant presence. Built for the Delaware Bridge Company and operated as a toll bridge, it 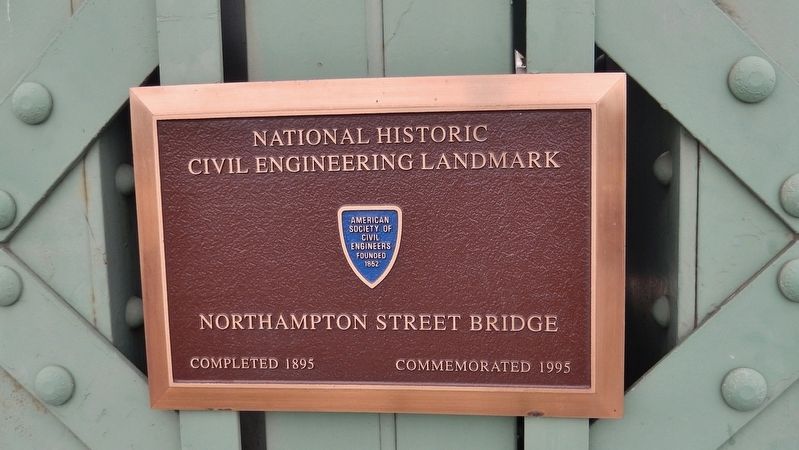 By Cosmos Mariner, June 4, 2017
3. National Historic Civil Engineering Landmark plaque (mounted on beam near marker)
was sold to the Delaware River Joint Bridge Commission in 1921 and has been toll-free to automobile traffic ever since. (Submitted on March 5, 2018, by Cosmos Mariner of Cape Canaveral, Florida.)

2. Northampton Street Bridge.
This bridge is a unique, incredible blend of engineering and artistry that is unlike any other bridge in the country. There are very few cantilever bridges in the United States remaining that are pin-connected in their entirety, and as such the Northampton Street Bridge is technologically significant. The bridge was rehabilitated in 1924. The bridge underwent major renovation 1957 following severe damage caused by flooding. Despite this, the bridge appears to retain integrity of design. The bridge was also rehabilitated in 1990 and 2002. (Submitted on March 5, 2018, by Cosmos Mariner of Cape Canaveral, Florida.) 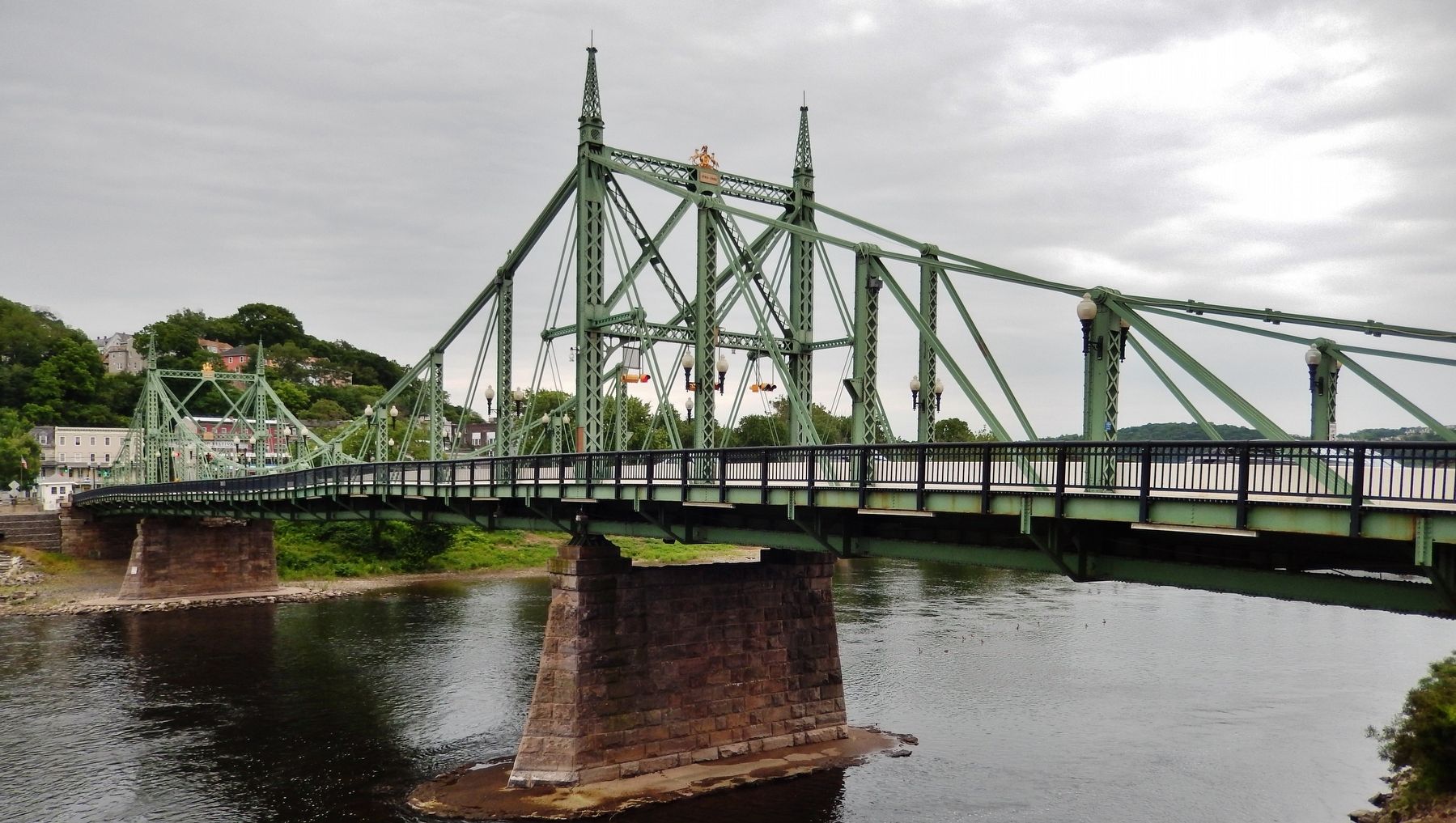 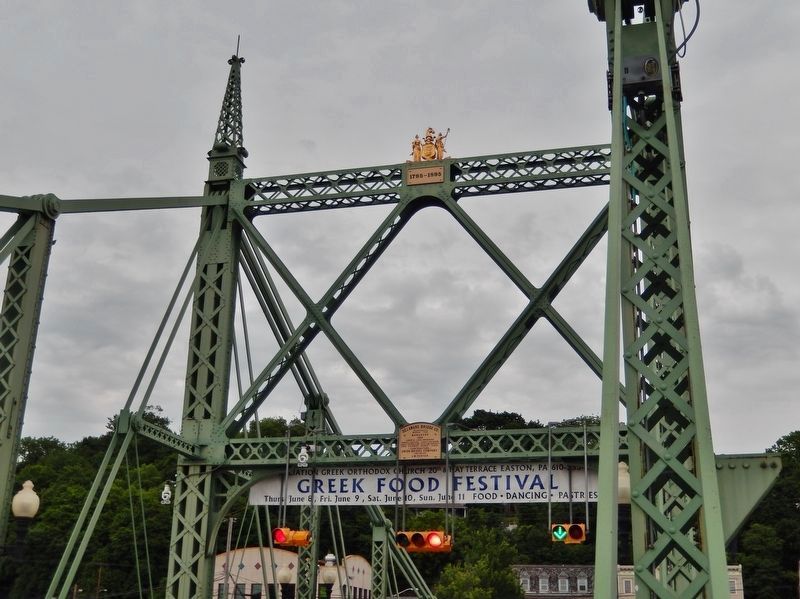 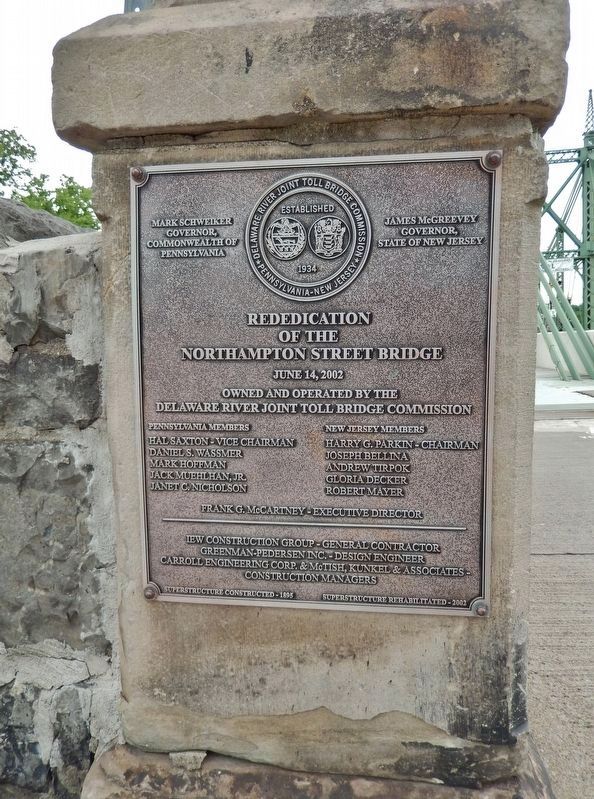 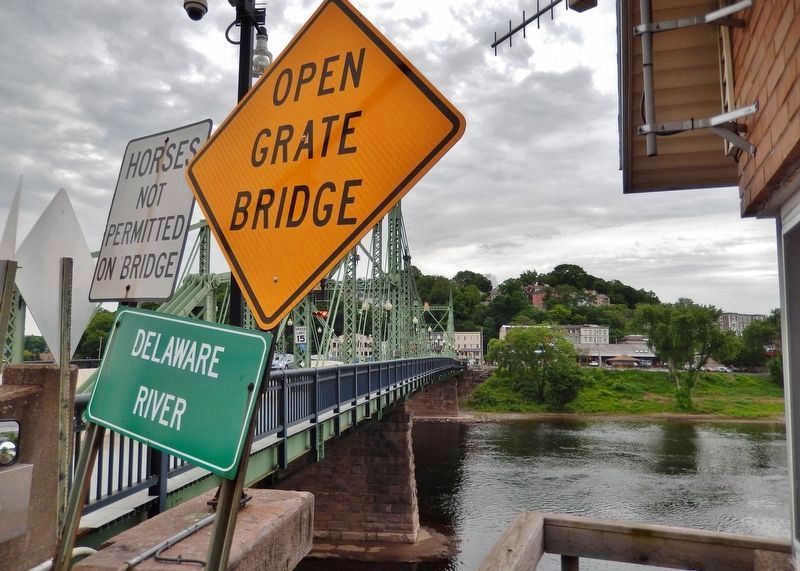 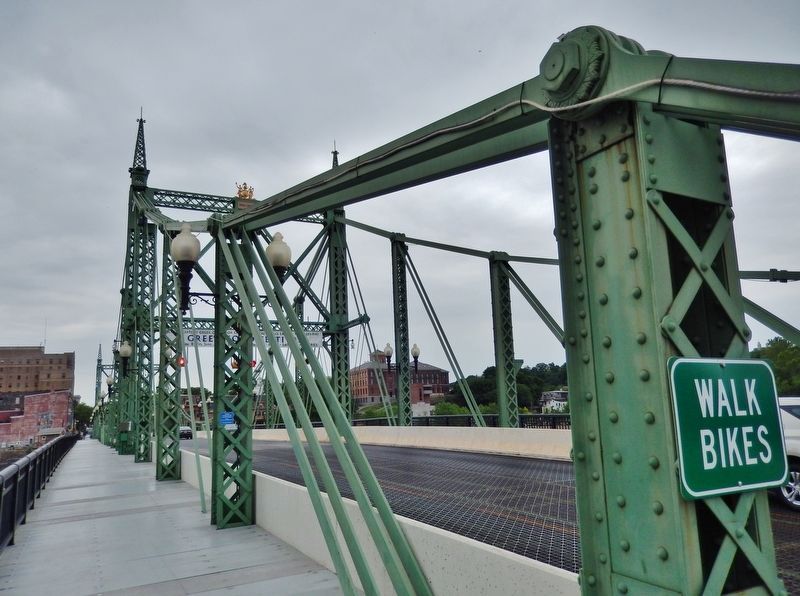