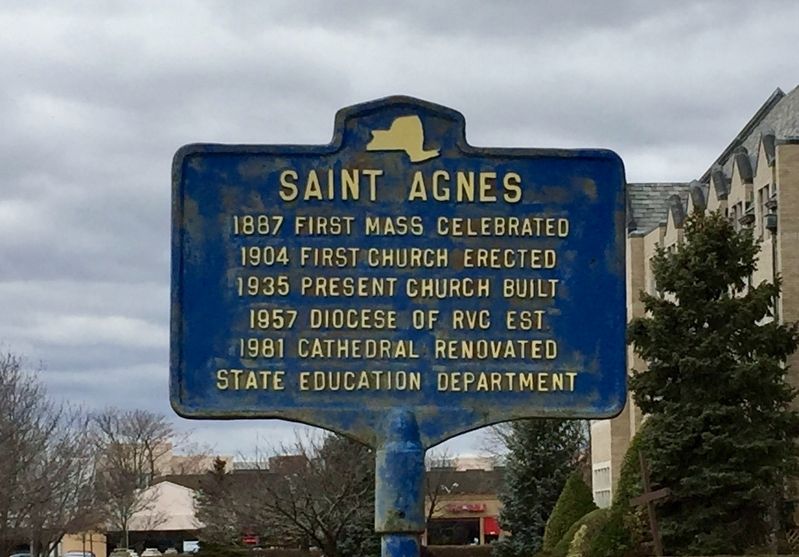 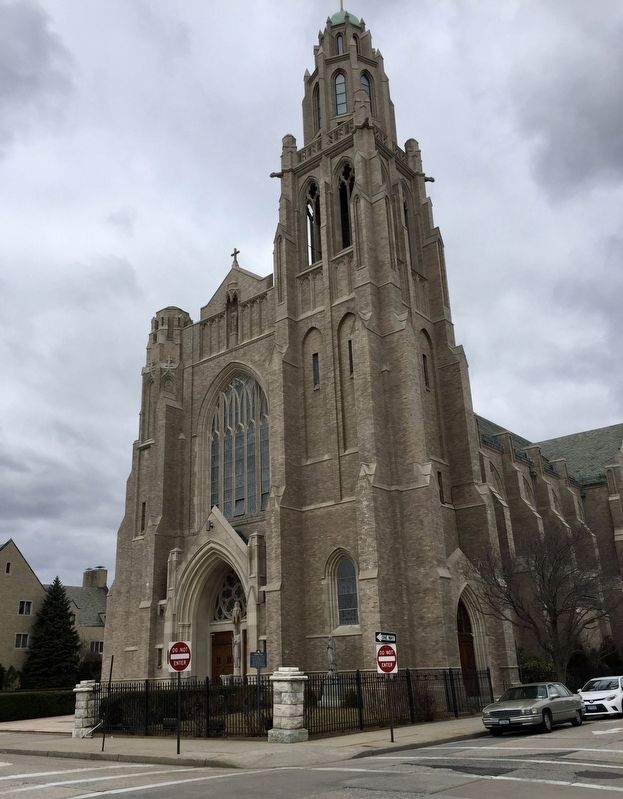 2. St. Agnes Cathedral (Rockville Centre, New York) (Wikipedia). "The Parish of St. Agnes was founded in 1887, when the first Mass was celebrated at Walter Johnson's blacksmith shop with an anvil as the altar. By 1890, the blacksmith shop could no longer accommodate the parishioners so a small group rented the Gildersleeve's Hall in the local Institute Building. In 1905, a white marble stone church was built, to serve the Catholic population of Rockville Centre. Due to the increasing number of parishioners, the small marble church grew insufficient for the needs of the parish, so demolition began in 1933, under the direction of Msgr. Peter Quealy....In 1935 the current building was completed and in 1957, Pope Pius XII announced the formation of the Diocese of Rockville Centre and appointed Most Rev. Walter P. Kellenberg to be its bishop. 1981 saw a major facelift for the aging building and while the Cathedral was being renovated, daily Mass was celebrated in the Episcopal Church of the Ascension located across the street. In 1986, Mother Teresa visited the Cathedral and spoke at a prayer service." (Submitted on March 10, 2018.)
Credits. This page was last revised on March 10, 2018. It was originally submitted on March 10, 2018, by Andrew Ruppenstein of Sacramento, California. This page has been viewed 104 times since then and 17 times this year. Photos:   1, 2. submitted on March 10, 2018, by Andrew Ruppenstein of Sacramento, California.
Share This Page.