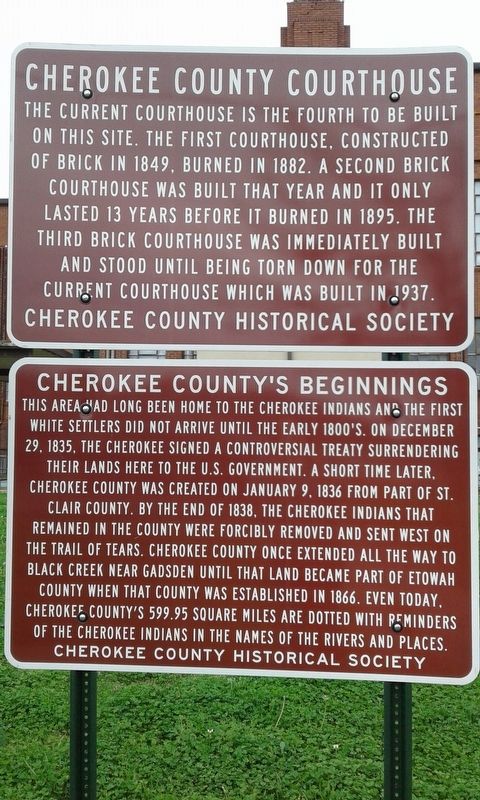 This area had long been home to the Cherokee Indians and the first white settlers did not arrive until the early 1800's. On December 29, 1835, the Cherokees signed a controversial treaty surrendering their lands here to the U.S. Government. A short time later, Cherokee County was created on January 9, 1836 for part of St. Clair County. By the end of 1838, the Cherokee Indians that remained in the county were forcibly removed and sent west on the Trail of Tears. Cherokee County once extended all the way to Black Creek near Gadsden until that land became part of Etowah County when that county was established in 1866. Even today Cherokee County's 599.95 square miles are dotted with reminders of the Cherokee Indians in the names of the rivers and places. 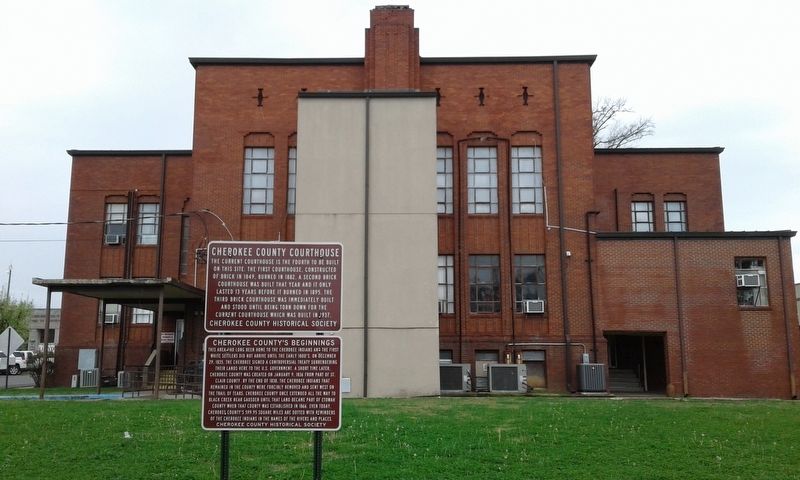 By Angela Nichols
2. Cherokee County Courthouse Marker
, Alabama, in Cherokee County. Marker is on Cedar Bluff Road (State Road 283) north of West Main Street (Business U.S. 411), in the median. Markers are located at the back of the courthouse. Touch for map. Marker is in this post office area: Centre AL 35960, United States of America. Touch for directions.