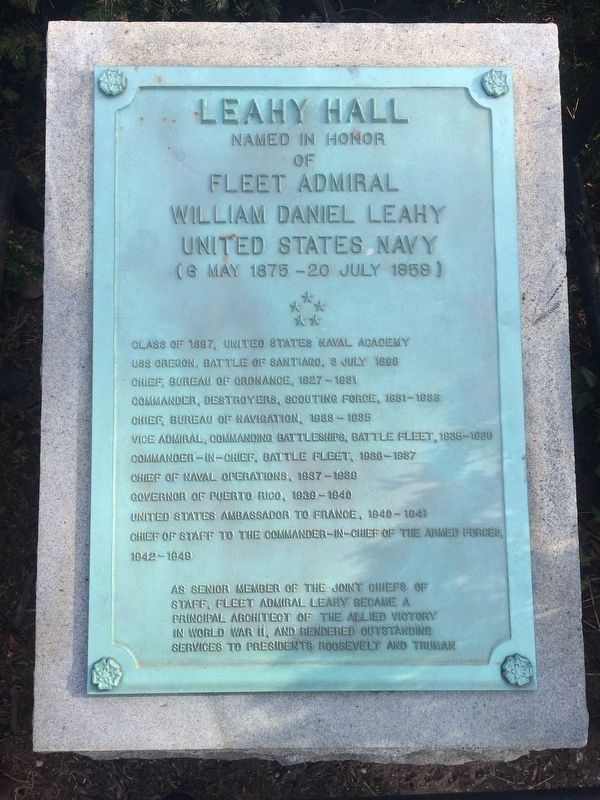 As senior member of the Joint Chiefs of Staff, Fleet Admiral Leahy became a principal architect of the Allied Victory in World War II, and rendered outstanding services to Presidents Roosevelt and Truman

Topics and series. This memorial is listed in these topic lists: Government & Politics • War, World II • Waterways & Vessels. In addition, it is included in the Former U.S. Presidents: #33 Harry S. Truman series list. A significant historical date for this entry is July 3, 1898. 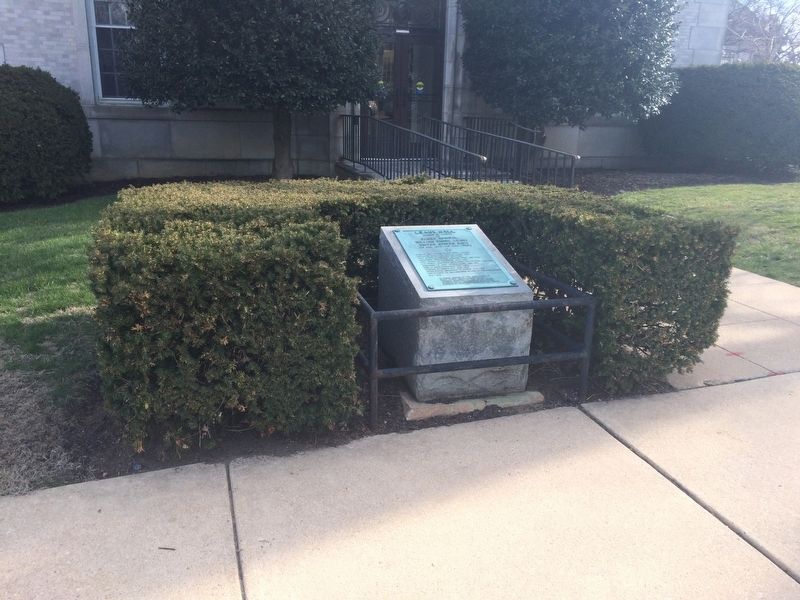 Click or scan to see
this page online
is in Annapolis, Maryland, in Anne Arundel County. Memorial is at the intersection of Truxton Road and Parker Lane on Truxton Road. On the grounds of the United States Naval Academy. Touch for map. Marker is at or near this postal address: 2 Truxton Road, Annapolis MD 21402, United States of America. Touch for directions. 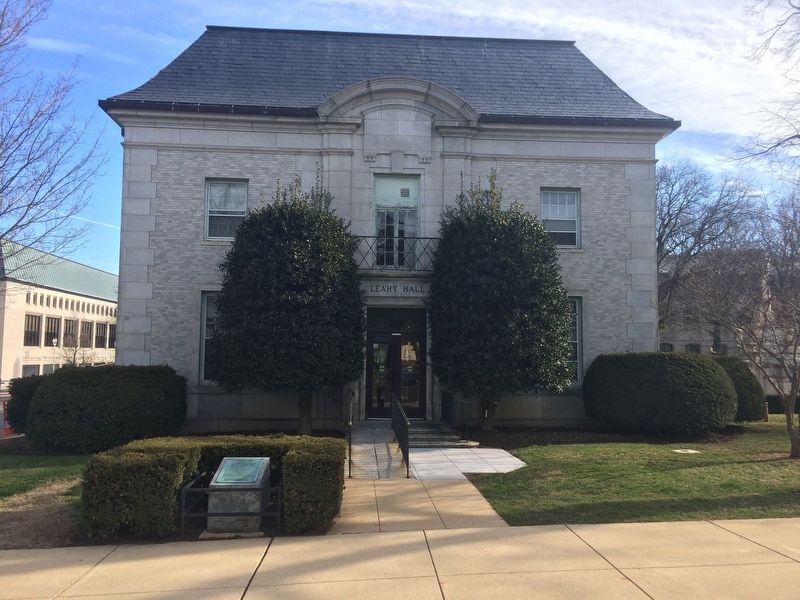