Photographed By Cynthia L. Clark, August 16, 2017
1. Confederate Monument Franklin
Inscription.
Confederate Monument. .
“Love makes memory eternal.”, To our Confederate dead.. . This monument was erected in 1911 by Agnes Lee Chapter, United Daughters of the Confederacy. It is in Franklin Virginia

To our
Confederate
dead.

Erected 1911 by Agnes Lee Chapter, United Daughters of the Confederacy.

Location. This marker has been replaced by another marker nearby. It was located near 36° 40.868′ N, 76° 56.126′ W. Marker was in Franklin, Virginia. Memorial could be reached from the intersection of Clay Street (Business U.S. 58) and Meadow Lane, on the left when traveling west. Touch for map. Marker was in this post office area: Franklin VA 23851, United States of America. Touch for directions. 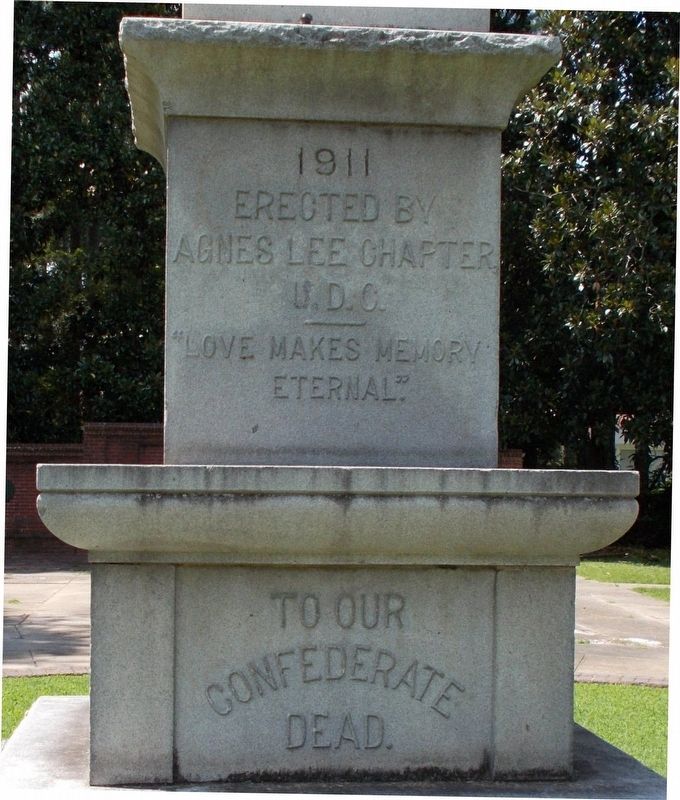 More about this monument. This Confederate Monument, reportedly crafted in Petersburg gray granite, has not always stood in Franklin Memorial Park. Sources say it was originally erected at the center of town in the intersection of 2nd and High streets and has been relocated a couple of times since then.

Another point of interest about this monument as well as the park in which it stands is that both have roots in Southampton County, Virginia. Prior to being incorporated as an independent city in 1961, modern day City of Franklin was the Town of Franklin, a county locality. And this park was donated to the Town in 1946 by the children of Mr. and Mrs. James L. Camp.

As a result of its Southampton County roots, this United Daughters of the Confederacy (UDC) monument has ties to other similar war memorials within the county. In Courtland (formerly known as Jerusalem), beside the Southampton County Courthouse, is a stone bench that the UDC Jerusalem Chapter erected. A Confederate Monument stands at that site also. It, however, was erected by the Sons of Confederate Veterans (SCV), Urquhart-Gillette Chapter in 1902. 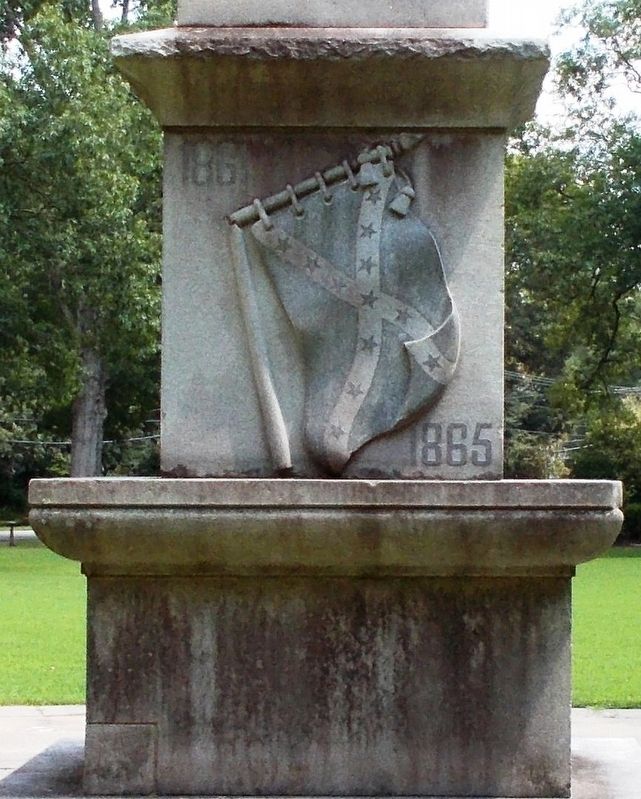 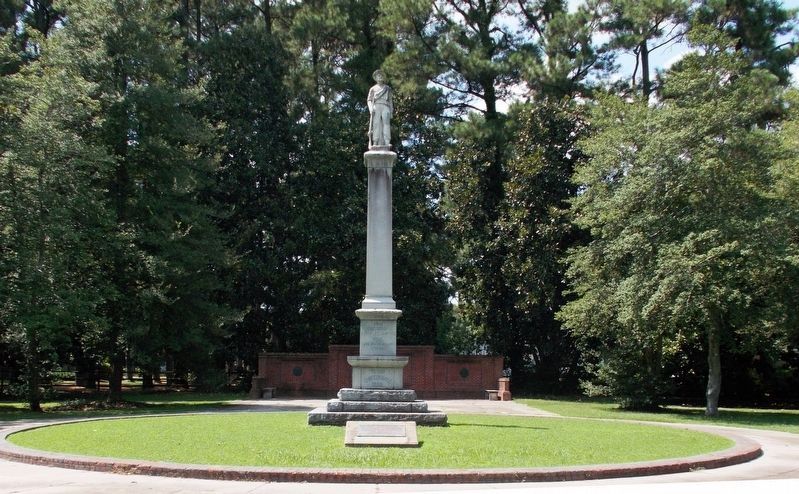 Photographed By Cynthia L. Clark, August 16, 2017
4. Confederate Monument in Franklin Memorial Park.
The Franklin Memorial Park Monument is pictured in the background. In the foreground is a small stone tablet-topped monument that was installed in 1976 to mark Franklin’s 100th anniversary as a chartered town. Buried beneath is a bicentennial time capsule, dated for opening in 2076. 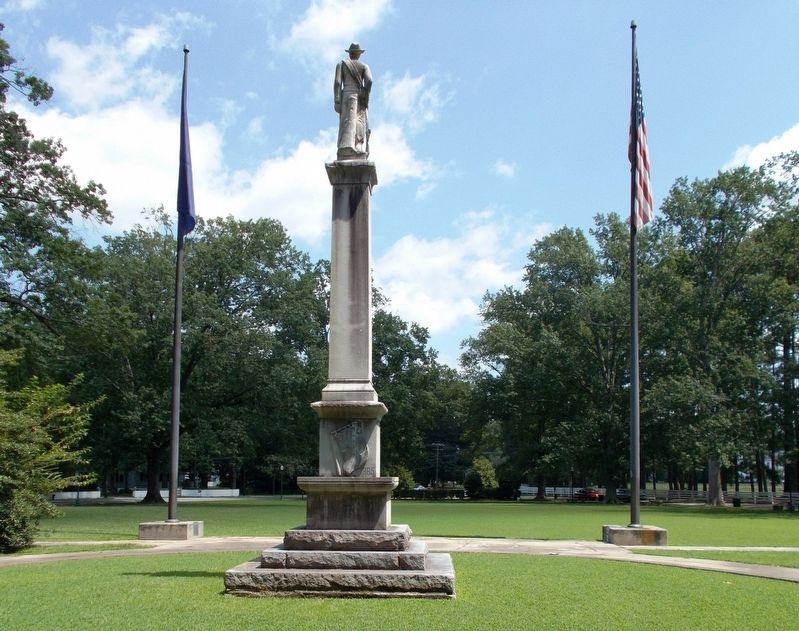 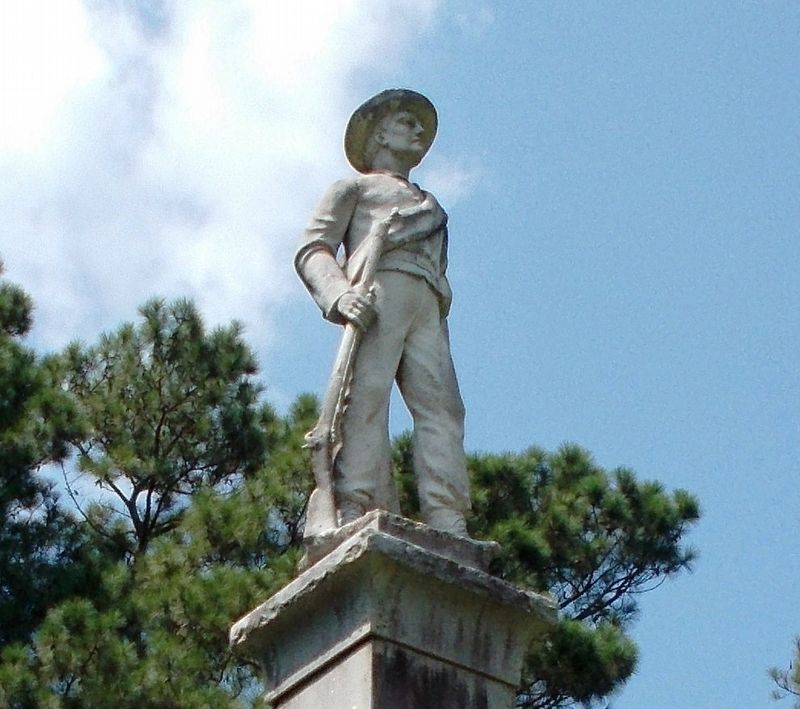 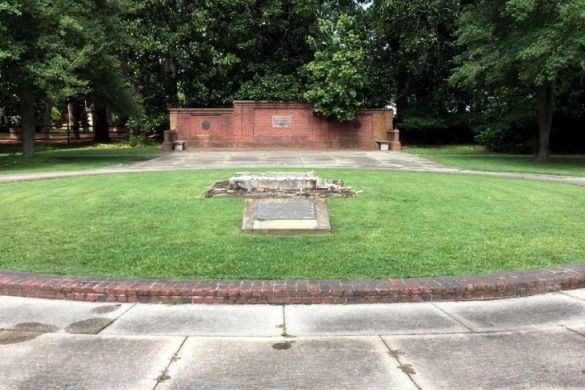