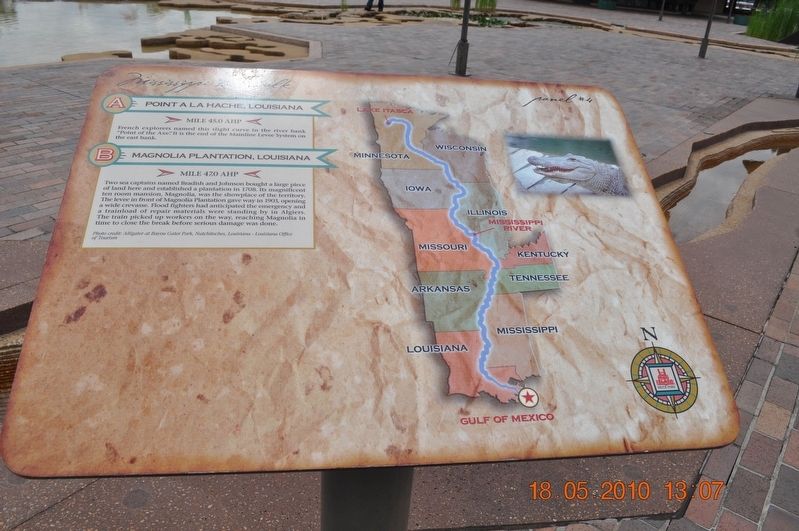 French explorers named the slight curve in the river bank “Point of the Axe.” It is the end of the Mainline Levee System on the east bank.

Two sea captains named Bradish and Johnson bought a large piece of land here and established a plantation in 1708. Its magnificent ten-room mansion, Magnolia, was the showplace of the territory. The levee in front of Magnolia Plantation gave way in 1903, opening a wide crevasse. Flood fighters had anticipated the emergency and a trainload of repair materials was standing by in Algiers. The train picked up workers on the way, reaching Magnolia in time to close the break before serious damage was done.