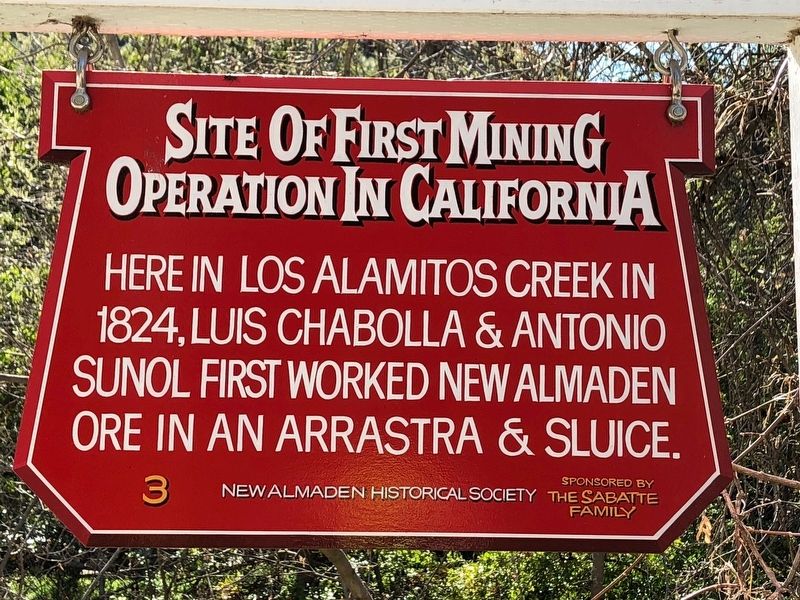 Topics. This historical marker is listed in this topic list: Industry & Commerce. A significant historical year for this entry is 1846.

Location. 37° 10.45′ N, 121° 49.458′ W. Marker is in New Almaden, California, in Santa Clara County. Marker is on Almaden Way near Almaden Road, on the right when traveling south. Touch for map. Marker is in this post office area: San Jose CA 95120, United States of America. Touch for directions. 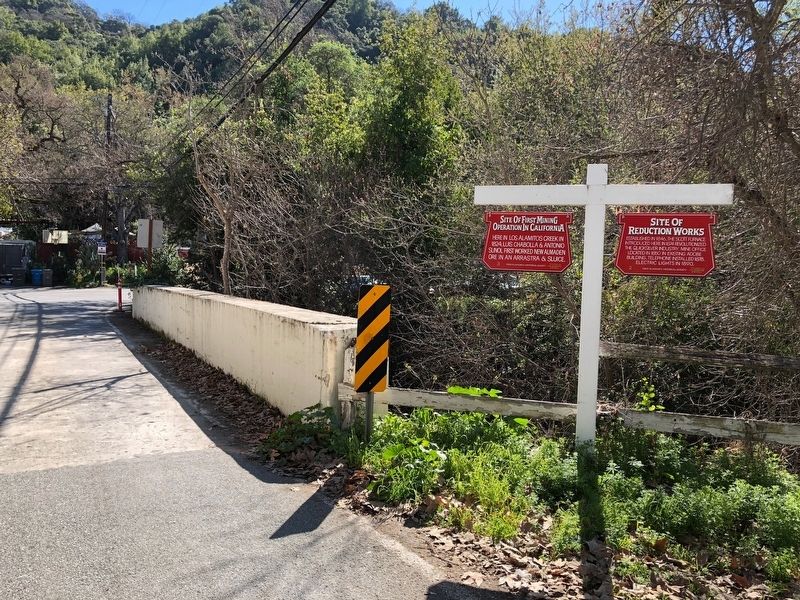 Photographed By Barry Swackhamer, February 17, 2018
2. Site of First Mining Operation in California Marker
The marker is on the left.

More about this marker. This marker is located on a short section of road bridging Almaden Road to Bertram Road. 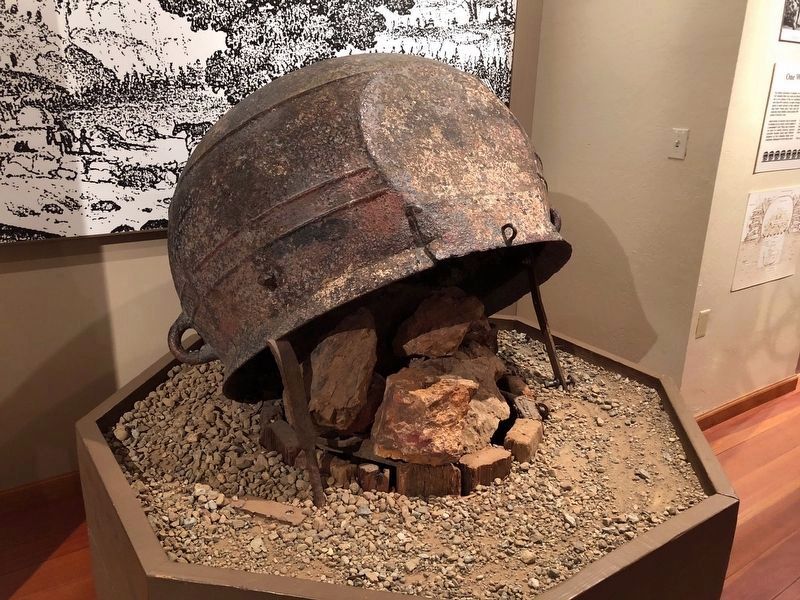 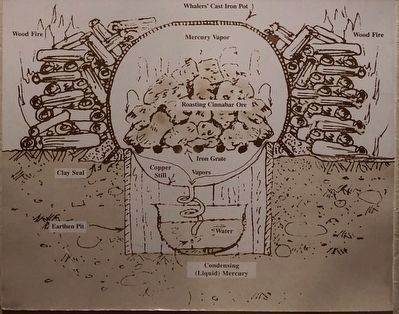 Photographed By Barry Swackhamer, March 9, 2018
4. One Whale of a Pot
The earliest processing of cinnabar ore at New Almaden Mine was crude but effective due to the richness of the ore (sometimes more than 60% mercury). In spite of loosing almost as much mercury as they collected, huge metal "whale pots,: once used for rendering whale blubber, could produce 300 pounds of mercury a day.
Small batches of mercury can be extracted by heating ore in a retort; a device similar to a moonshiner's still. When tons of mercury ore must be roasted, however, mercury extraction becomes much more difficult. Engineers at New Almaden Mines were continually challenged to devise faster, more efficient ways of coaxing mercury from cinnabar. As larger furnaces and improved condensers evolved, more mercury was recovered from each ton (roughly one cubic yard) of ore. Existing "batch process" furnaces has to be cooled periodically to remove the accumulation of roasted ore, ash, and soot.
Before the reduction process could continue, a fresh batch of ore had to be loaded, new fuel added and the furnace reheated to operating temperature -- a cumbersome, time-consuming, labor-intensive process.
There had to be a better way.
Credits. This page was last revised on November 17, 2020. It was originally submitted on March 13, 2018, by Barry Swackhamer of Brentwood, California. This page has been viewed 214 times since then and 49 times this year. Last updated on March 13, 2018, by Lane Parker of San Francisco, California. Photos:   1, 2, 3, 4. submitted on March 13, 2018, by Barry Swackhamer of Brentwood, California. • Syd Whittle was the editor who published this page.
Share this page.