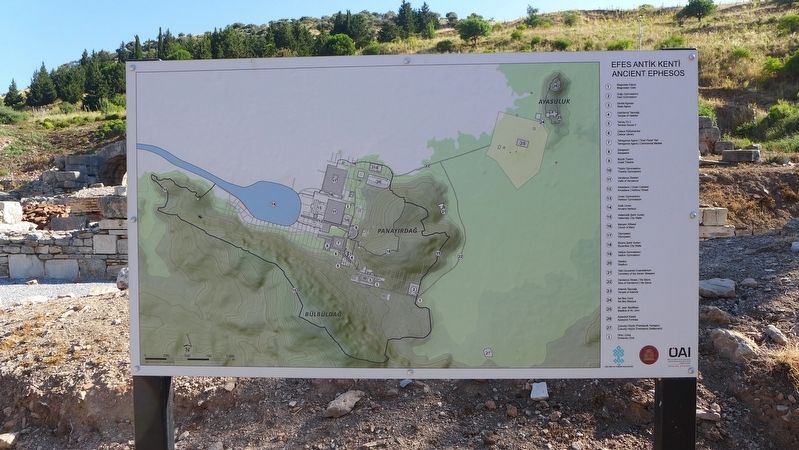 (21) Cemetery of the Seven Sleepers


Erected by Republic of Turkey Ministry of Culture and Tourism, and the Österreichisches Archaeology Institute. 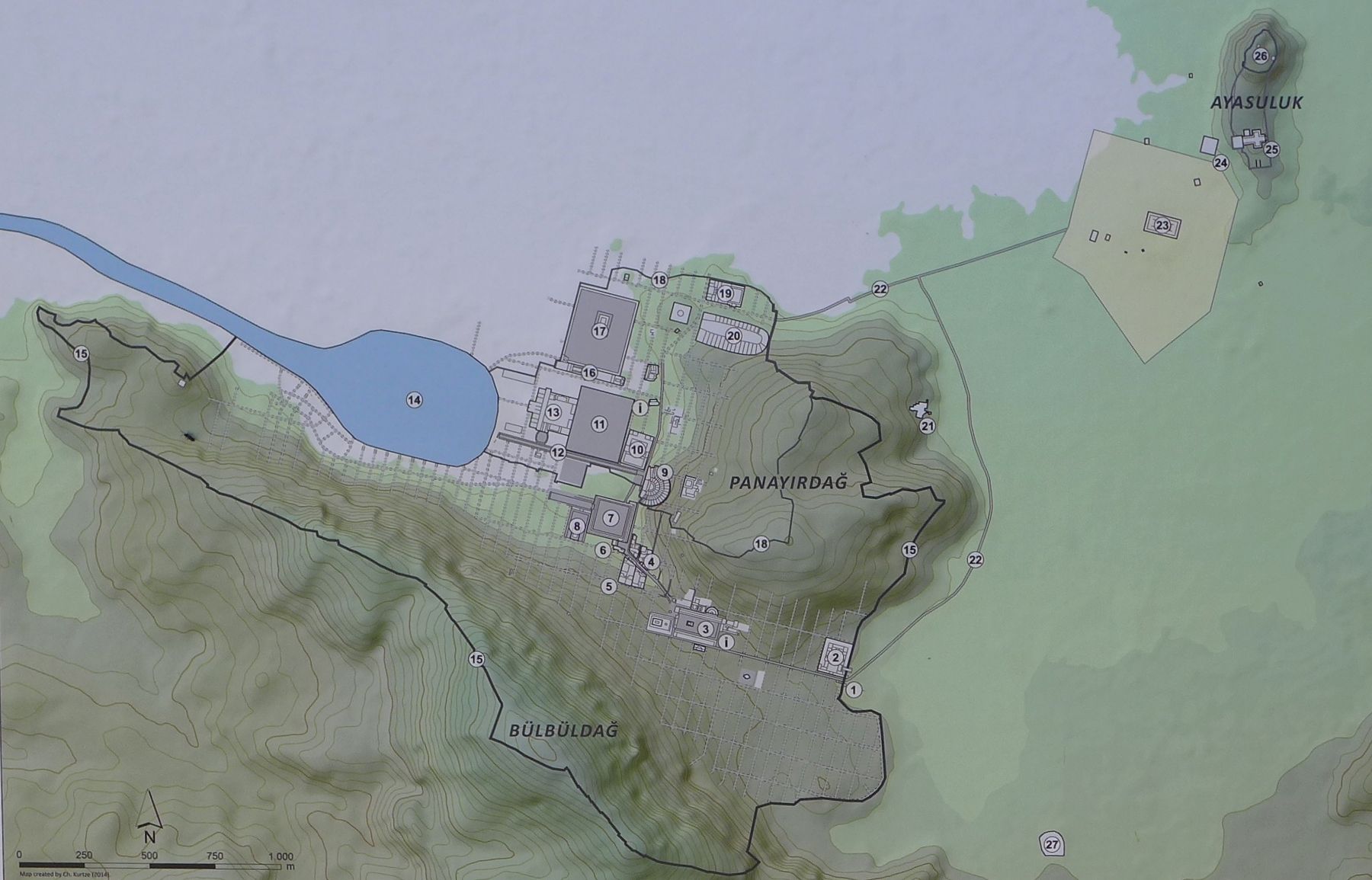 Photographed By Dale K. Benington, June 21, 2015
2. Ancient Ephesos Marker
Close-up view of a topographical map that is displayed on the marker.

Click or scan to see
this page online
in these topic lists: Churches & Religion • Forts and Castles • Settlements & Settlers.

Location. 37° 56.169′ N, 27° 20.74′ E. Marker is near Acarlar, İzmir, in Selçuk. Marker can be reached from Efes Yolu just south of Dr. Sabri Yayla Boulevard (Route D515) when traveling south. The marker is in an archaeological park that is about 3 km (2 miles) southeast of Selçuk. Touch for map. Marker is in this post office area: Acarlar, İzmir 35920, Turkey. Touch for directions.

More about this marker. This marker is one of the many markers that are situated at the archaeological park that displays the ruins of the ancient city of Ephesus. One web site boasts that the ruins that one can see and experience at Ephesus are, "better than Rome itself," and although some of the artifacts found in this area have been dated back to about 6,000 BC, most of what the visitors to the archaeological park see, date back to the glory years of Greece and Rome. 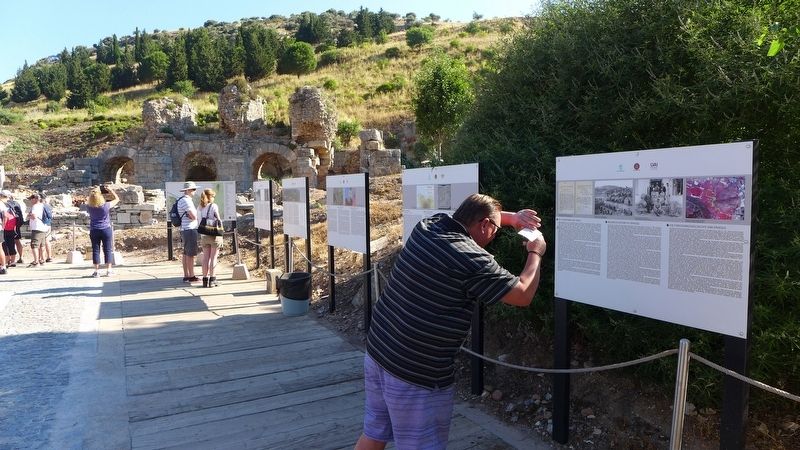 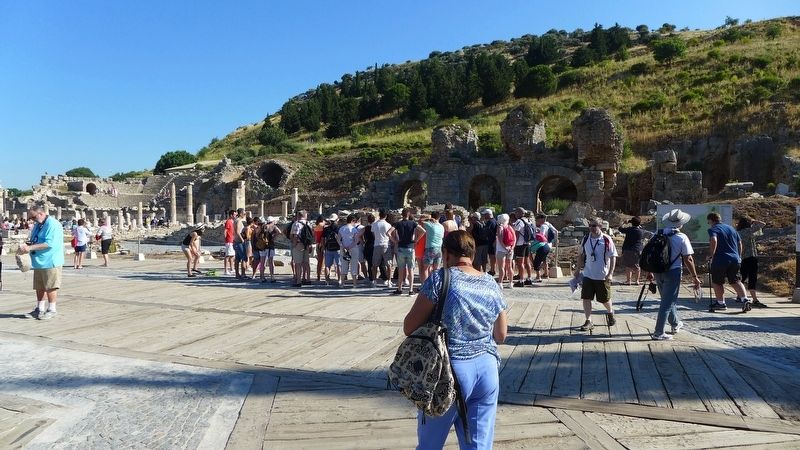 Photographed By Dale K. Benington, June 21, 2015
4. Ancient Ephesos Marker
A distant view of the marker, seen just to the right of a group of visitors to the archaeological park. 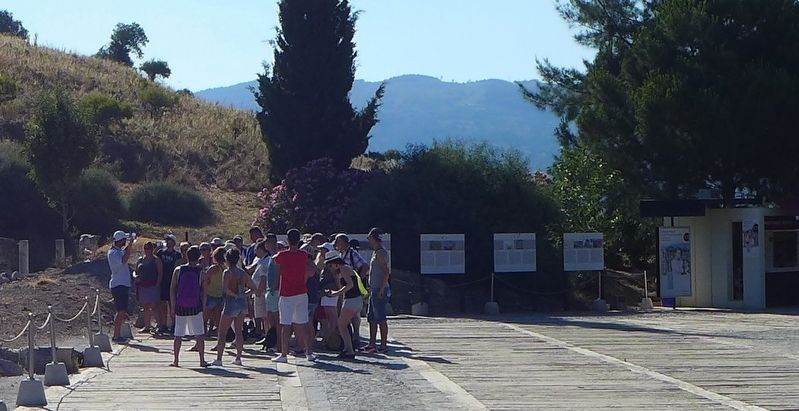