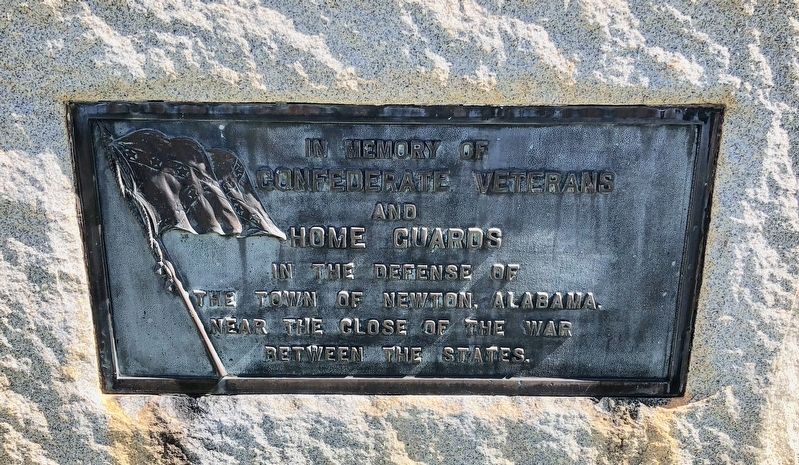 In memory of
Confederate Veterans
and
Home Guards
in the defense of
the Town of Newton, Alabama,
near the close of the War
Between the States.

Location. 31° 20.139′ N, 85° 36.281′ W. Marker is in Newton, Alabama, in Dale County. Memorial is on College Street (Alabama Route 123) north of Queen Street, on the right when traveling north. Located across the street from Hero's Memorial Park. Touch for map. Marker is at or near this postal address: College Street, Newton AL 36352, United States of America. Touch for directions. 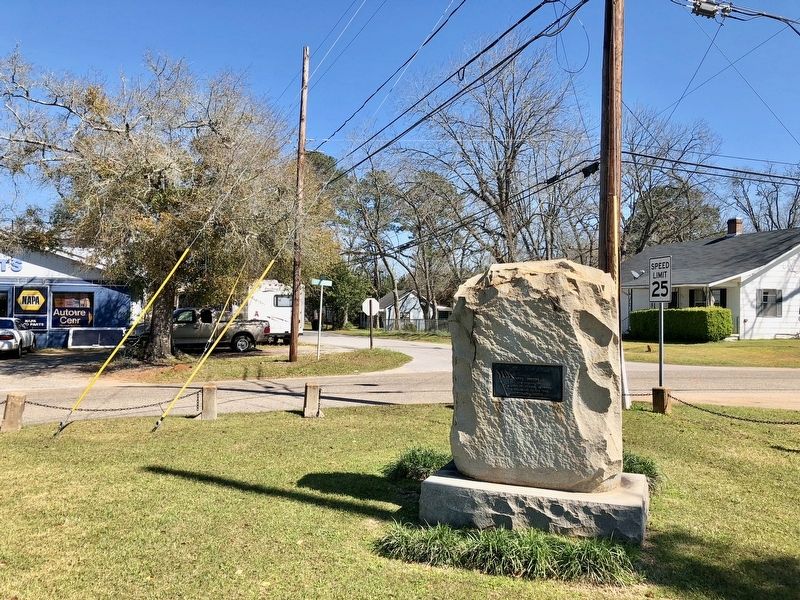 Click or scan to see
this page online
(approx. 8.4 miles away); D. A. Smith High School/ Professor D. A. Smith, Principal (approx. 8½ miles away). Touch for a list and map of all markers in Newton.

Regarding Newton Confederate Memorial. The Battle of Newton was a minor skirmish that took place in Newton on March 14th, 1865, during the final days of the Civil War. It was fought between local Home Guard troops and elements of the 1st Florida Cavalry (US), who had invaded the Wiregrass region of Alabama. The Union Army was ambushed and routed on the town square by the local Home Guard before the Union troops could do any damage. 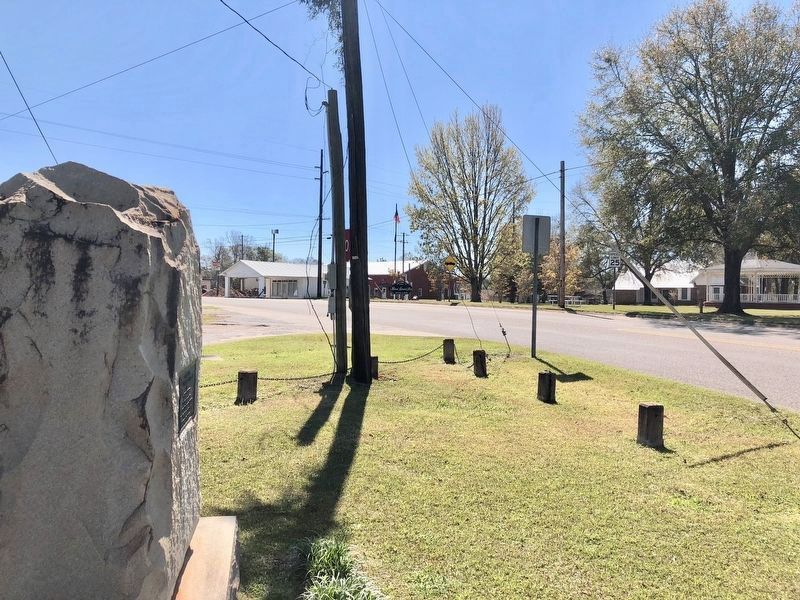