The Medal of Honor 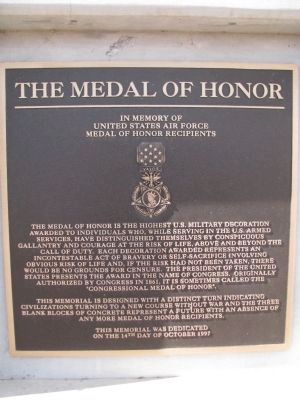 Main Plaque:
The medal of honor is the highest U.S. military decoration awarded to individuals who, while serving in the U.S. armed services, have distinguished themselves by conspicuous gallantry and courage at the risk of life, above and beyond the call of duty. Each decoration awarded represents an incontestable act of bravery or self-sacrifice involving obvious risk of life and, if the risk had not been taken, there would be no grounds for censure. The President of the United States presents the award in the name of Congress. Originally authorized by congress in 1861, it is sometimes called the “Congressional Medal of Honor”.
This memorial is designed with a distinct turn indicating civilization turning to a new course without war and the three blank blocks of concrete represent a future with an absence of any more medal of honor recipients.
This memorial was dedicated on the 14th day of October 1997. 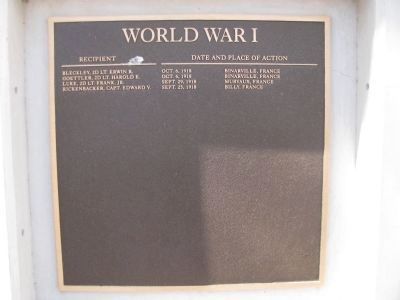 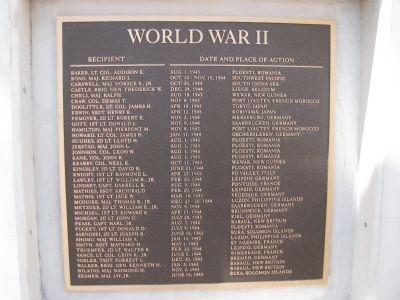 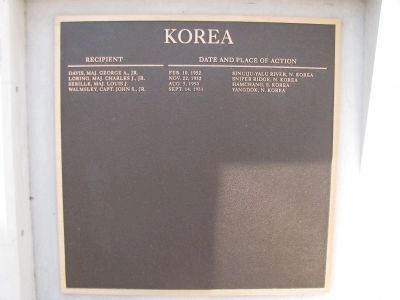 Topics and series. This memorial is listed in these topic lists: War, Korean 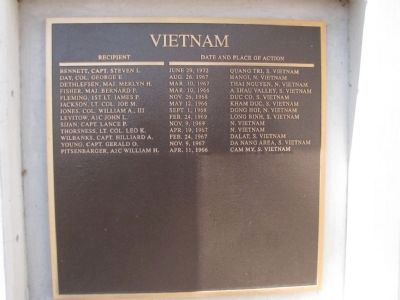 Location. 34° 55.68′ N, 117° 53.869′ W. Marker is in Edwards AFB, California, in Kern County. Memorial is at the intersection of Rosamond Boulevard and North Muroc Drive, on the right when traveling north on Rosamond Boulevard. The monument is located across the street from the old supply building. Edwards Air Force Base is not open to the public. Touch for map. Marker is in this post office area: Edwards CA 93524, United States of America. Touch for directions. 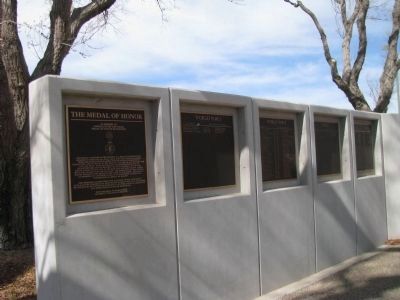 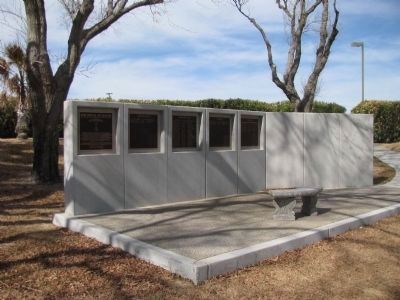 Photographed By Denise Boose, February 20, 2012
7. The Medal of Honor Monument
Note the three blank concrete blocks seen on the right. 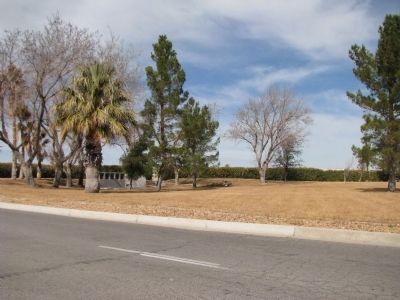