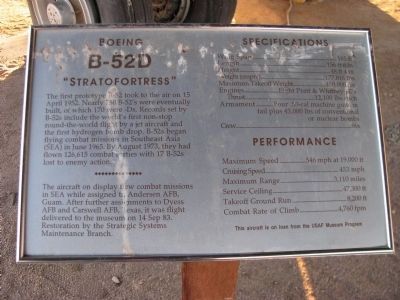 The aircraft on display flew combat missions in SEA while assigned to Andersen AFB, Guam. After further assignments to Dyess AFB and Carswell AFB, Texas, it was flight delivered to the museum on 14 Sep 83. Restoration by the Strategic Systems Maintenance Branch. 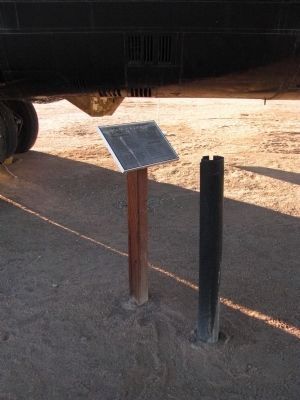 This aircraft is on loan from the USAF Museum Program

Topics. This historical marker is listed in this topic list: Air & Space. A significant historical date for this entry is April 15, 1952.

Location. Marker has been reported permanently removed. It was located near 34° 54.761′ N, 117° 55.284′ W. Marker was in Edwards AFB, California, in Kern County. Marker could be reached from Rosamond Boulevard, on the left when traveling east. Edwards Air Force Base is not open to the public. Touch for map. Marker was at or near this postal address: 405 Rosamond Boulevard, Edwards CA 93524, United States of America.

We have been informed that this sign or monument is no longer there and will not be replaced. This page is an archival view of what was. 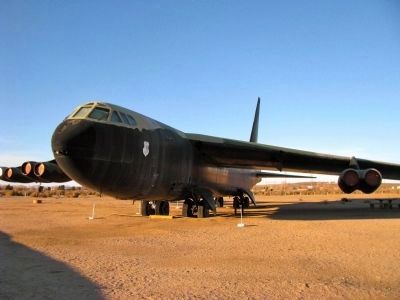 Additional commentary.
1. B-52 Demolished.
This B-52 tail number 60585 was cannibalized and its parts were donated to provide parts for other B-52's on display at other museums. The rest of the aircraft was demolished in 2016.
Another B-52, tail number 008, is on display outside the North Gate near the town of North Edwatds.
— Submitted May 12, 2017, by Denise Boose of Tehachapi, California. 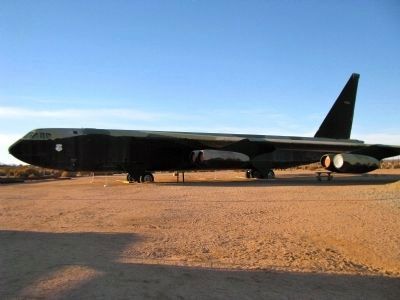 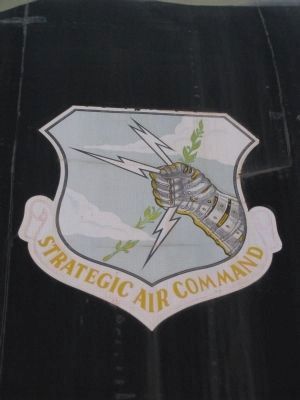 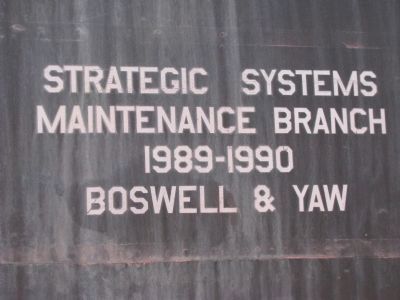 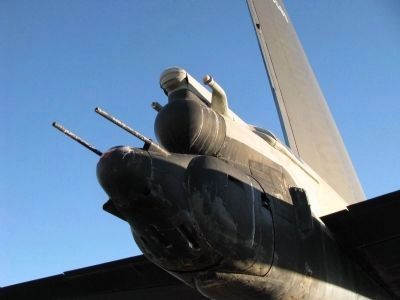 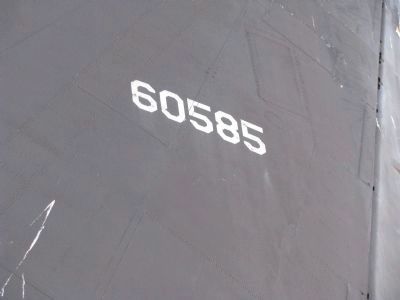 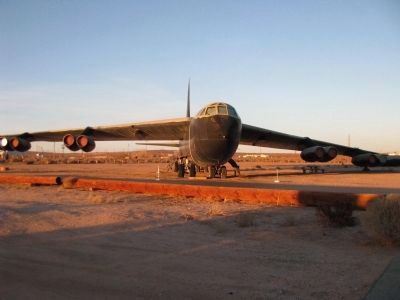