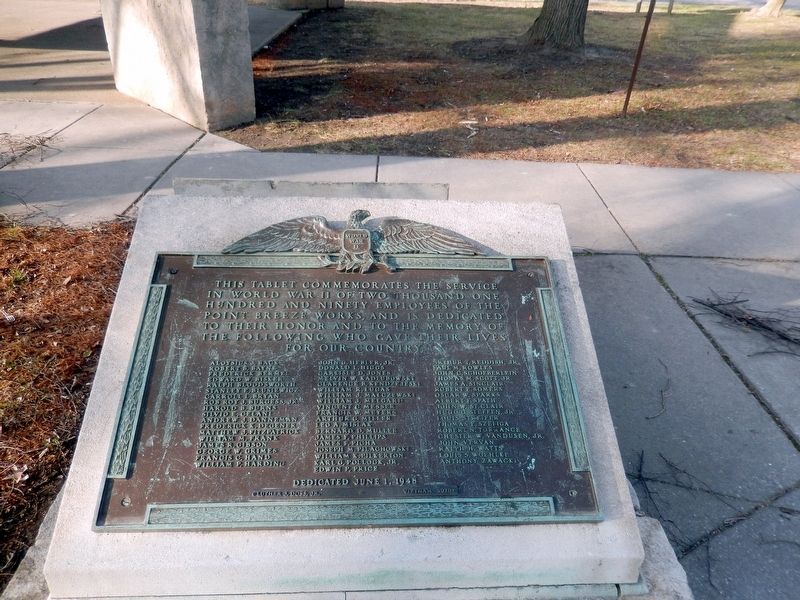 This tablet commemorates the service in World War II of two thousand and one hundred and ninety employees of the Point Breeze Works, and is dedicated to their honor and to the memory of the following who gave their lives for our country. 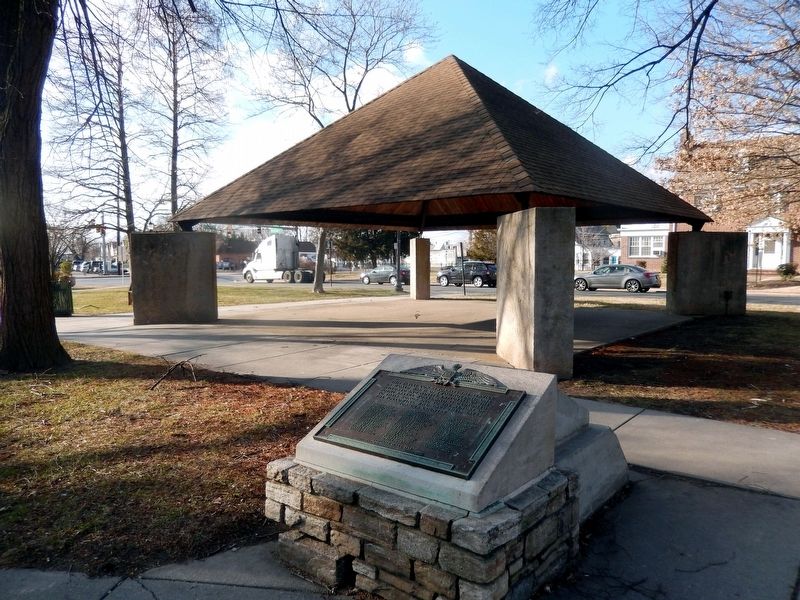 More about this marker. The official name of the employer was the Western Electric Point Breeze Works. 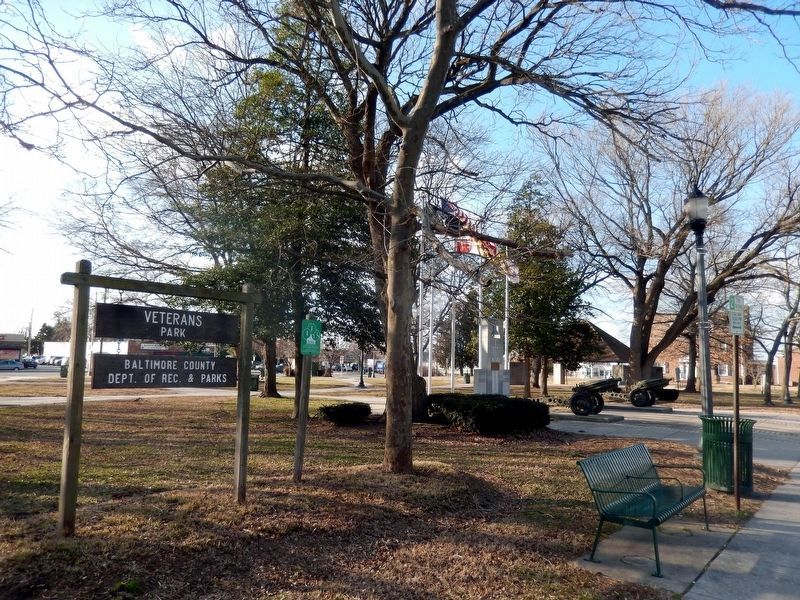