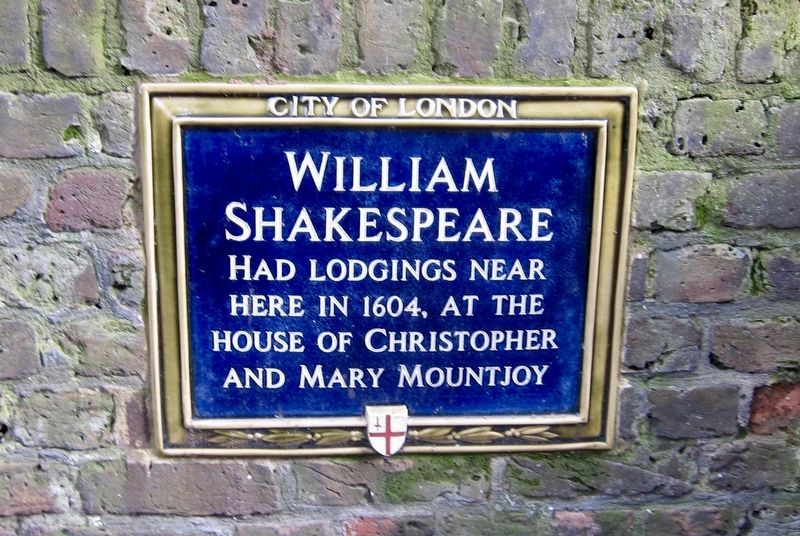 William
Shakespeare
had lodgings near
here in 1604, at the
house of Christopher
and Mary Mountjoy

Erected 2016 by City of London Corporation.

Topics and series. This historical marker is listed in this topic list: Arts, Letters, Music. In addition, it is included in the City of London Corporation series list. 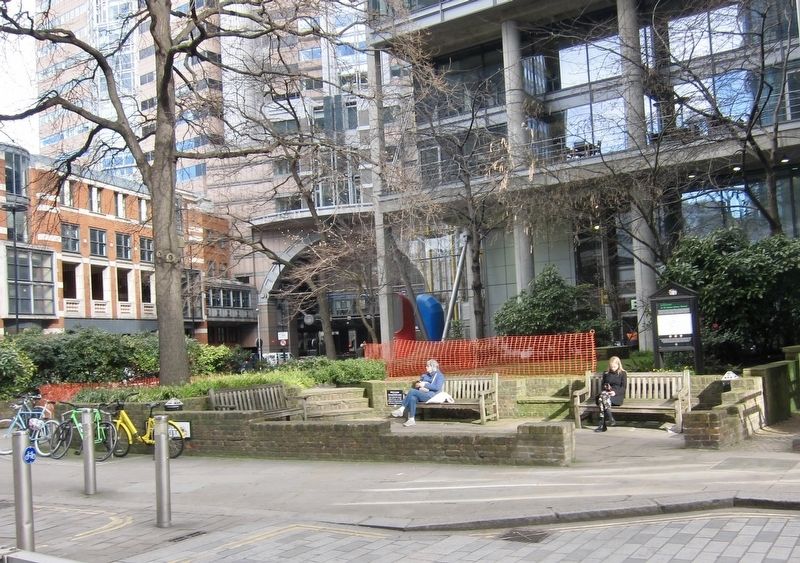 More about this marker. The marker is mounted to a low retaining wall next to one of the benches in the alcove opposite the Roman fort ruins.

Also see . . .
1. The Shakespeare Paper Trail: The Later Years (February 17, 2011). In early 1602 Shakespeare was living back north of the river. A court case over a disputed dowry shows he lodged with a family named Mountjoy, in a house on the corner of Silver St, and that he was the go-between in the marriage of Marie, a daughter of the family, to their apprentice Stephen Belott. This took place in November 1604, and the playwright may still have been living there through the writing of King Lear (autumn-winter 1605-6?) and Macbeth, which was written through summer 1606, and performed late that year. (Submitted on March 23, 2018.)