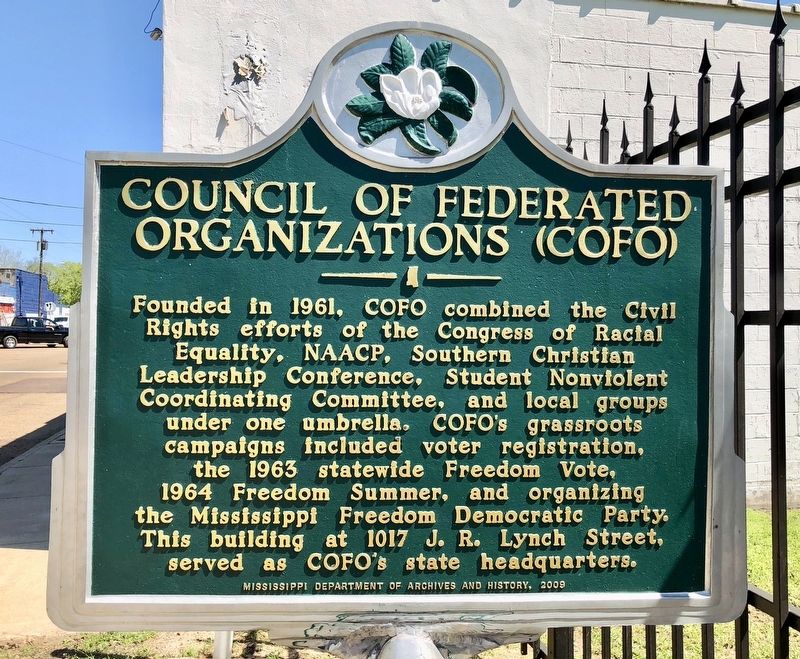 Erected 2009 by the Mississippi Department of Archives and History.

Topics and series. This historical marker is listed in these topic lists: African Americans • Civil Rights. In addition, it is included in the Mississippi State Historical Marker Program series list. 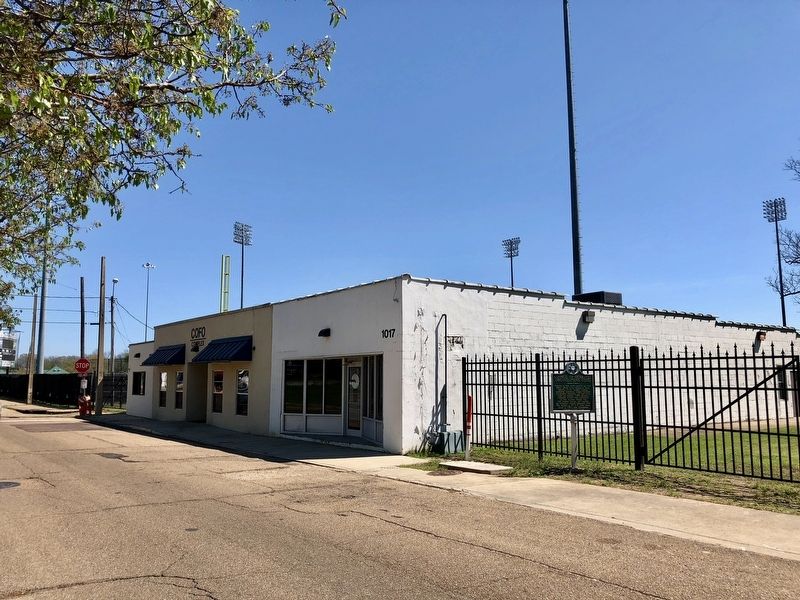 By Mark Hilton, March 22, 2018
2. Council of Federated Organizations (COFO) Marker and complex behind it.
. Marker is at or near this postal address: 1013 John R Lynch Street, Jackson MS 39203, United States of America. Touch for directions. 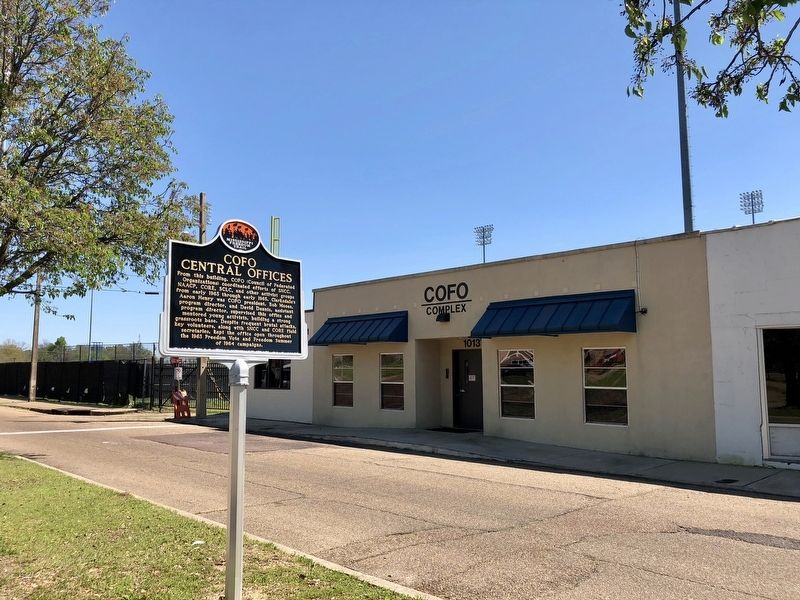