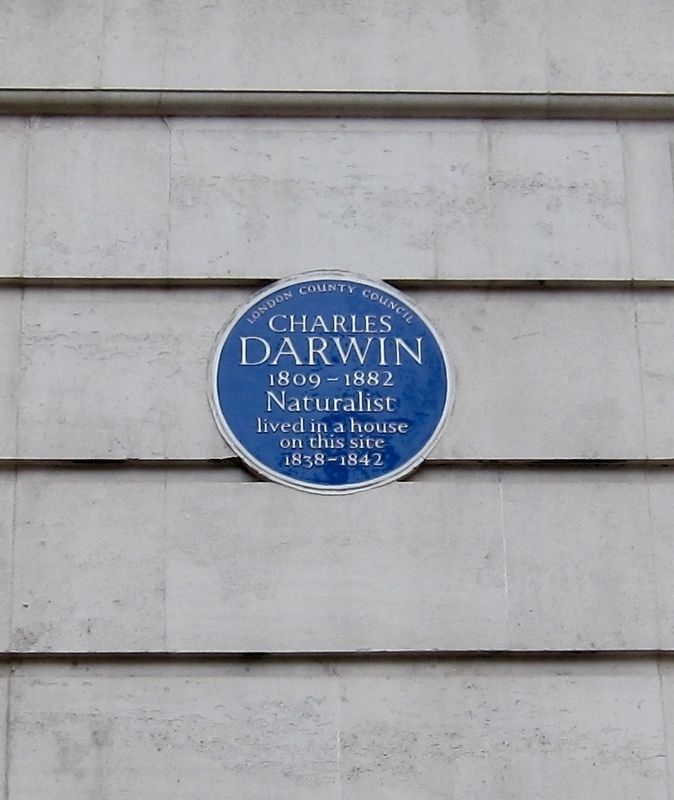 By Andrew Ruppenstein, March 19, 2018
1. Charles Darwin Marker
Inscription.
Charles Darwin.
Naturalist lived in a house on this site 1838-1842 . . This historical marker was erected in 1961 by London County Council. It is in London Borough of Camden in Greater London County England United Kingdom 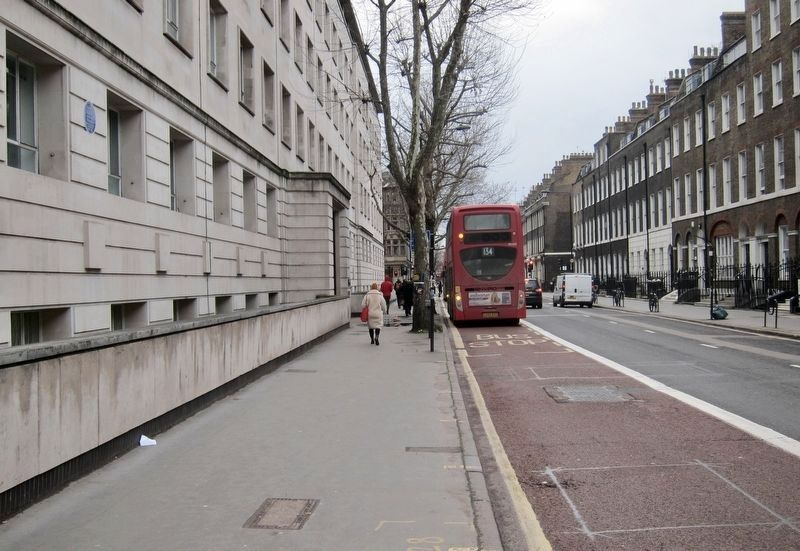 By Andrew Ruppenstein, March 19, 2018
2. Charles Darwin Marker - Wide View (looking south on Gower Street)
Marker visible on building on upper left.
(about 180 meters away); Christina Georgina Rossetti (about 210 meters away). Touch for a list and map of all markers in London Borough of Camden.

Also see . . .  Charles Darwin (Wikipedia). "Charles Robert Darwin, FRS FRGS FLS FZS (12 February 1809 – 19 April 1882) was an English naturalist, geologist and biologist, best known for his contributions to the science of evolution. He established that all species of life have descended over time from common ancestors and, in a joint publication with Alfred Russel Wallace, introduced his scientific theory that this branching pattern of evolution resulted from a process that he called natural selection, in which the struggle for existence has a similar effect to the artificial selection involved in selective breeding....Darwin has been described as one of the most influential figures in human history, and he was honoured by burial in Westminster Abbey." (Submitted on March 24, 2018, by Andrew Ruppenstein of Sacramento, California.) 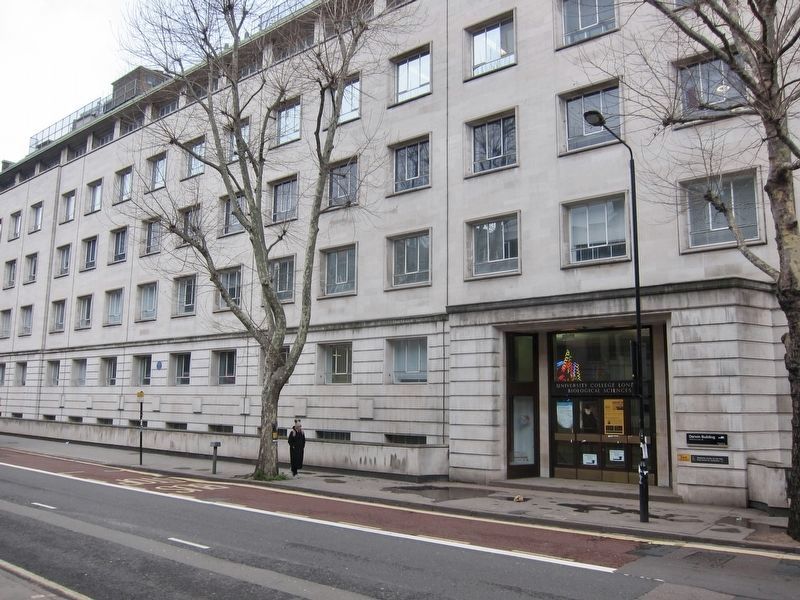 By Andrew Ruppenstein, March 19, 2018
3. Charles Darwin Marker - Wide View (looking across Gower Street)
Marker is visible to the left of the tree; on the right is the entrance to the UCL Darwin Building. 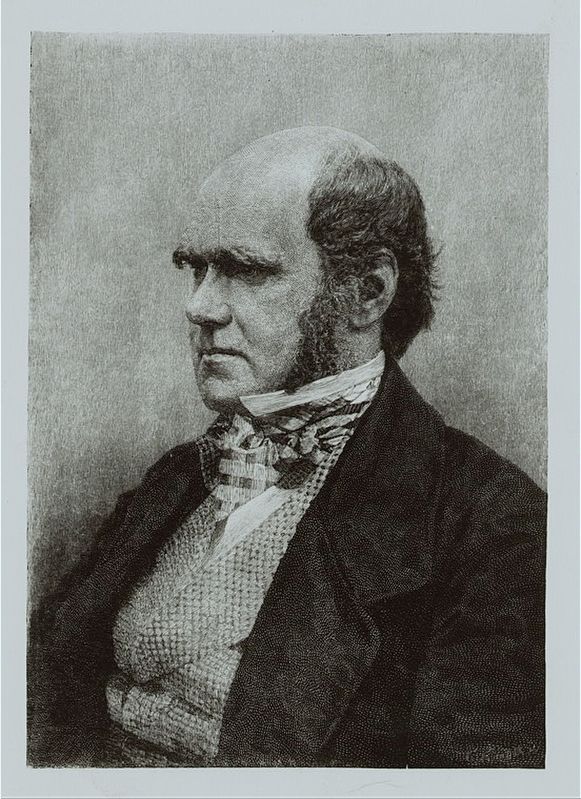