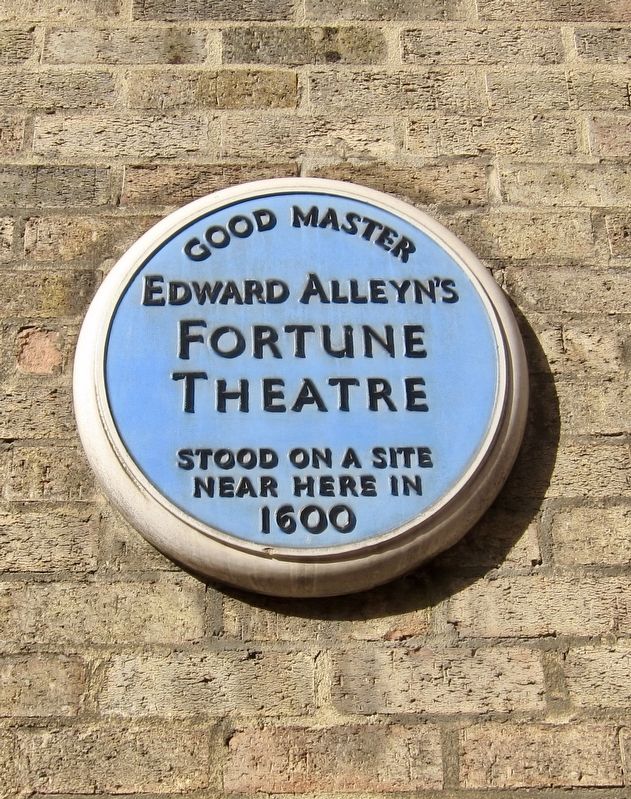 stood on a site near here in 1600 . . This historical marker is in London Borough of Islington in Greater London County England United Kingdom

Other nearby markers. At least 8 other markers are within walking distance of this marker. Whitecross Debtors Prison (1813-1870) (within shouting distance of this marker); A Royal Brewery Visit (about 210 meters away, measured in a direct line); Priss Fotheringham (about 240 meters away); Frieze from W. Bryer & Sons (approx. 0.3 kilometers away); The London Wall Walk - 14 (approx. half a kilometer away); Site of First Bomb Hit (approx. half a kilometer away); The London Wall Walk – 15 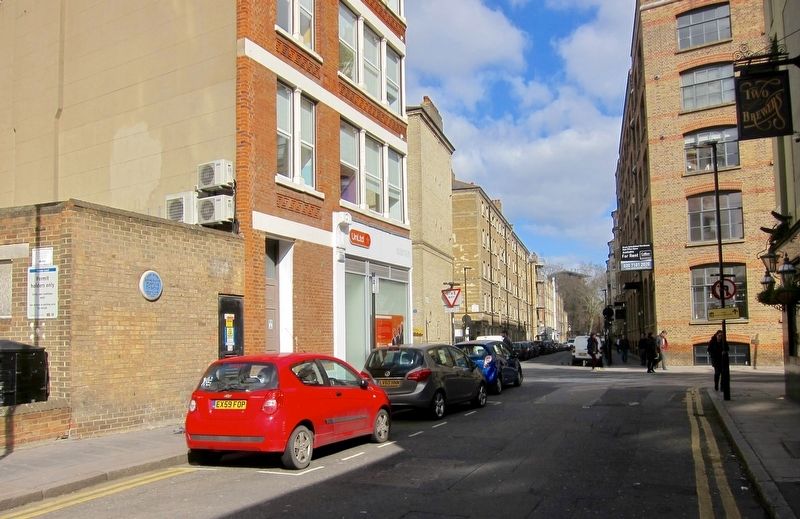 Also see . . .
1. Fortune Theatre (Encyclopedia Britannica). Fortune Theatre, Elizabethan public playhouse on the northern edge of London, built in 1600 by Philip Henslowe to compete with the newly constructed Globe Theatre. Named after the goddess of fortune, whose statue stood over the front doorway, the Fortune resembled the Globe except that it was square and its timbers remained unpainted. (Submitted on March 24, 2018.)

2. Fortune Playhouse (Wikipedia). The Fortune Theatre was contemporary with Shakespeare's Globe, The Swan and others; it stood in the parish of St Giles-without-Cripplegate, to the west of the Shoreditch locations of The Theatre and the Curtain Theatre, between Whitecross Street and Golden Lane in what is today named Fortune Street, just outside the City of London. Between 1600 and 1642, it was among the chief venues for drama in London. The site is said to have originally been occupied by a nursery for the children of Henry VIII. (Submitted on March 24, 2018.)
Credits. This page was last revised on March 24, 2018. It was originally submitted on March 24, 2018, by Andrew Ruppenstein of Sacramento, California. This page has been viewed 57 times since then and 6 times this year. Photos:   1, 2. submitted on March 24, 2018, by Andrew Ruppenstein of Sacramento, California.
Share This Page.