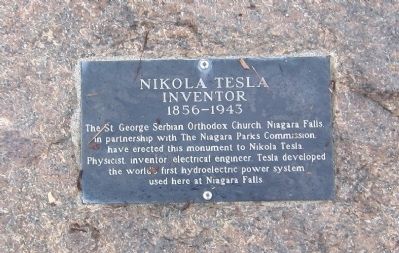 Location. 43° 4.911′ N, 79° 4.697′ W. Marker is in Niagara Falls, Ontario, in Regional Municipality of Niagara. Marker is on Niagara Parkway 0.2 kilometers south of Murray Street, on the right when traveling south. The marker is mounted on a low rock a few steps from the statue of Tesla. The marker site is in Queen Victoria Park, about a 2 minute walk north of the main visitor complex on the Canadian side of the Falls. Touch for map. Marker is at or near this postal address: 6342 Niagara Parkway, Niagara Falls, Ontario ON L2G, Canada. Touch for directions.

Other nearby markers. At least 8 other markers are within walking distance of this marker. A different marker also named Nikola Tesla (within 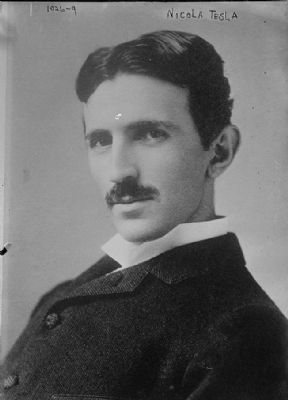 Related markers. Click here for a list of markers that are related to this marker. Nikola Tesla Monument

Also see . . .
1. Nikola Tesla Monument within Queen Victoria Park.... The Tesla Society of New York's page for the Tesla monument at Niagara Falls. Includes numerous photos of the monument's dedication ceremony. At nearly the very bottom of the page is a photograph of an historical marker commemorating the initial operations of Thomas Edison's electical power plant in New York in 1882, which would seemingly belie both claims 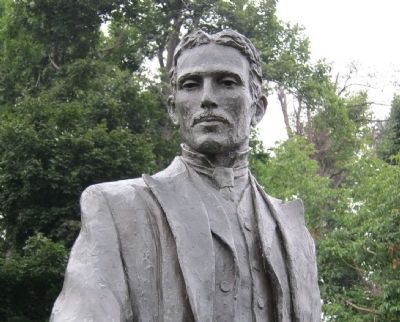 2. PBS: Tesla - Master of Lightning - Harnessing Niagara. PBS' background material on Tesla's work on the power plant at Niagara:...the first power reached Buffalo at midnight, November 16, 1896....The first one thousand horsepower of electricity surging to Buffalo was claimed by the street railway company, but already the local power company had orders from residents for five thousand more. Within a few years the number of generators at Niagara Falls reached the planned ten, and power lines were electrifying New York City.... (Submitted on February 5, 2011.) 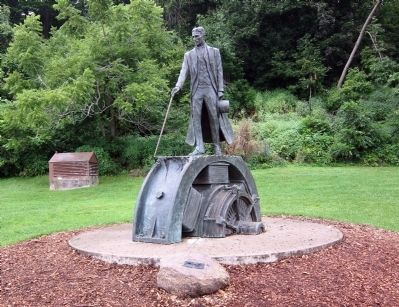 By Andrew Ruppenstein, August 21, 2010
4. Nikola Tesla - Statue and Marker
Unveiled on July 9, 2006, this bronze statue by Les Drysdale depicts Tesla atop an AC motor, in commemoration of Tesla's engineering achievements at Niagara Falls. 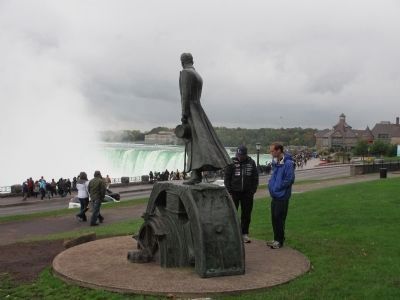