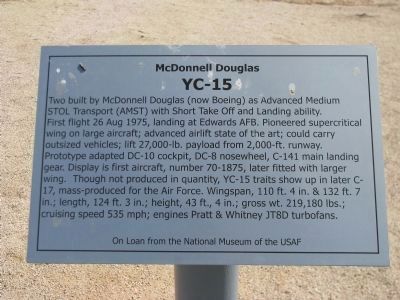 On Loan from the National Museum of the USAF

Topics. This historical marker is listed in these topic lists: Air & Space • Military. A significant historical date for this entry is August 26, 1975. 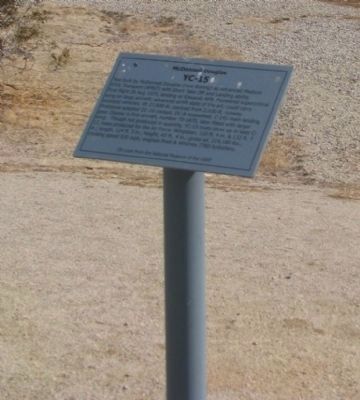 Click or scan to see
this page online
, in Kern County. Marker is on Rosamond Boulevard, 10 miles east of California Route 14, on the right when traveling east. Located at Century Circle, just outside the West Gate of Edwards AFB, CA. Touch for map. Marker is in this post office area: Edwards CA 93524, United States of America. Touch for directions. 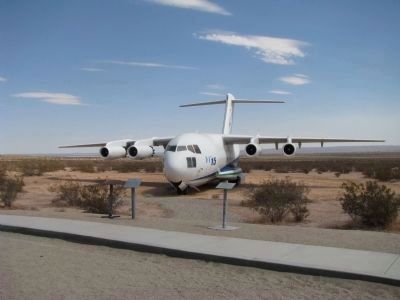 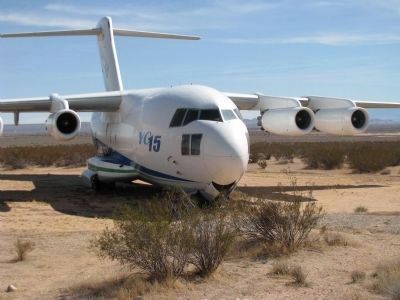 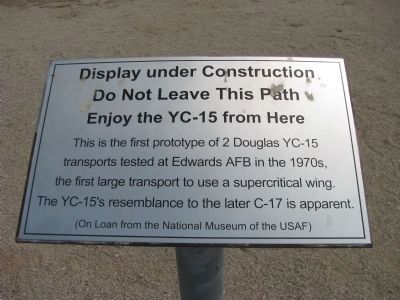 By Denise Boose, September 4, 2012
5. Sign at Display
Display under Construction
Do Not Leave This Path
Enjoy the YC-15 from here
This is the first prototype of 2 Douglas YC-15 transports tested at Edwards AFB in the 1970s, the first large transport to use a supercritical wing. The YC-15's resemblance to the later C-17 is apparent.

(On Loan from the National Museum of the USAF) 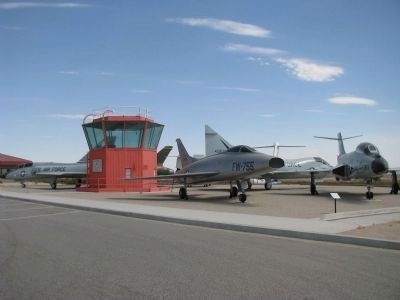 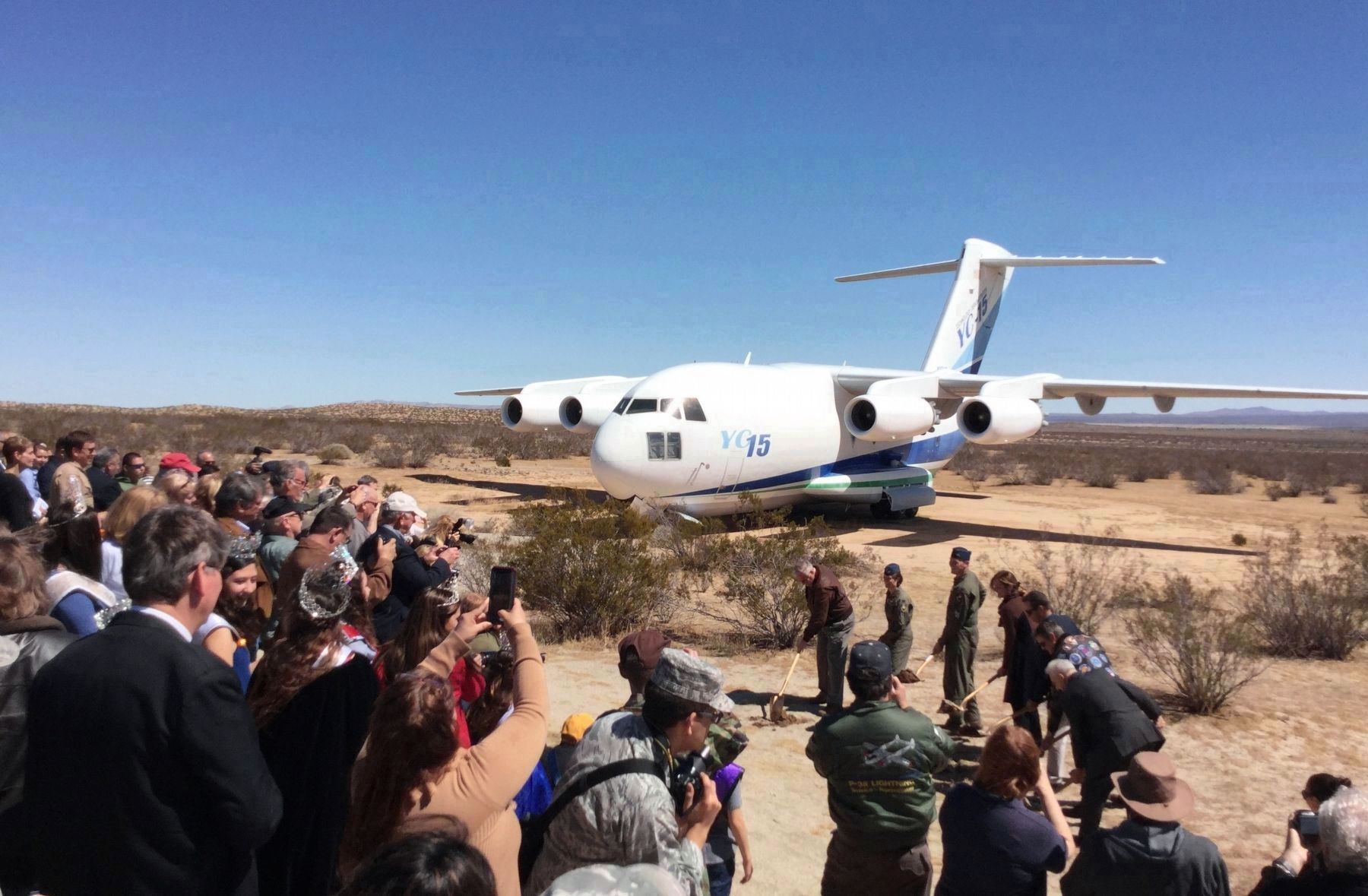