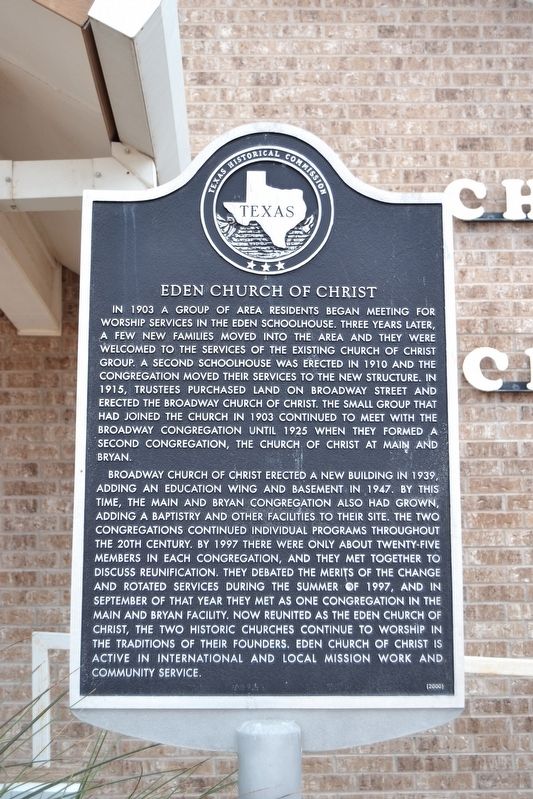 In 1903 a group of area residents began meeting for worship services in the Eden schoolhouse. Three years later, a few new families moved into the area and they were welcomed to the services of the existing Church of Christ group. A second schoolhouse was erected in 1910 and the congregation moved their services to the new structure. In 1915, trustees purchased land on Broadway Street and erected the Broadway Church of Christ. The small group that had joined the church in 1903 continued to meet with the Broadway congregation until 1925 when they formed a second congregation, the Church of Christ at Main and Bryan.

Broadway Church of Christ erected a new building in 1939, adding an education wing and basement in 1947. By this time, the Main and Bryan congregation also had grown, adding a baptistry and other facilities to their site. The two congregations continued individual programs throughout the 20th century. By 1997 there were only about twenty-five members in each congregation, and they met together to discuss reunification. They debated the merits of the change and rotated services during the summer of 1997, and in September of 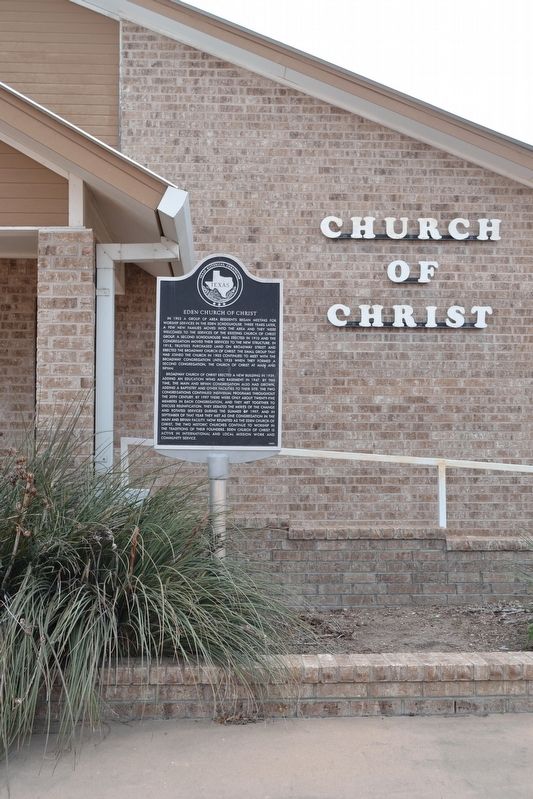 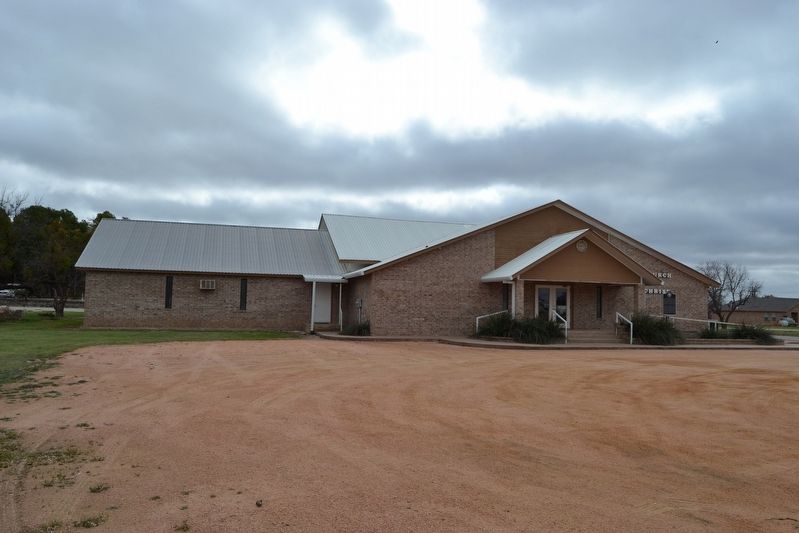