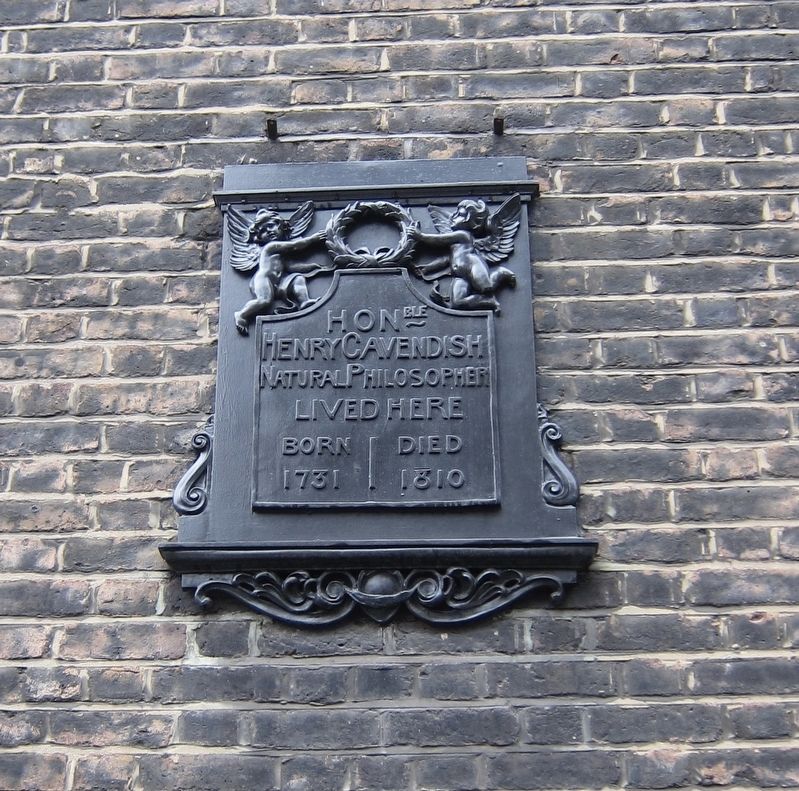 Born Died 1731 1810 . . This historical marker was erected in 1904 by Bedford Estate. It is in Camden in Greater London England United Kingdom

Topics. This historical marker is listed in this topic list: Science & Medicine. A significant historical date for this entry is October 10, 1731. 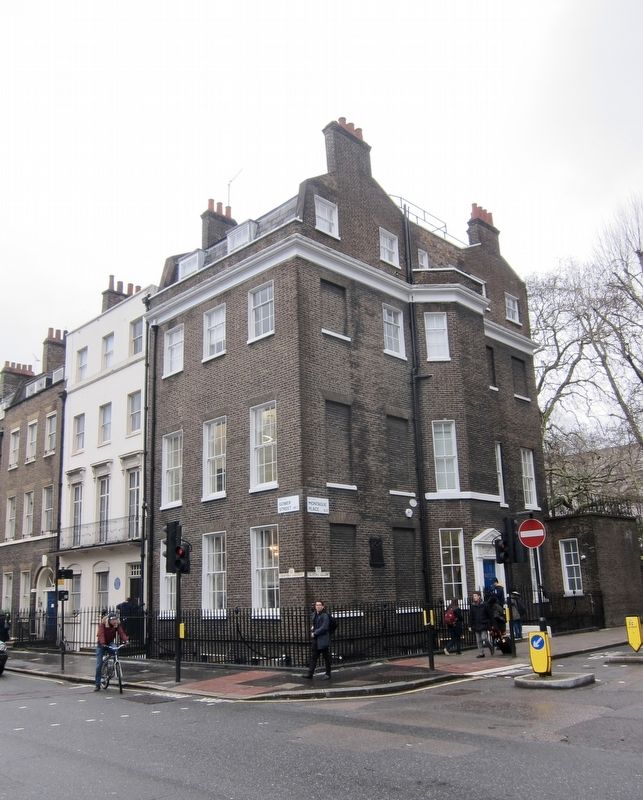 Click or scan to see
this page online
Robert Aickman (within shouting distance of this marker); Sir Johnston Forbes-Robertson (about 120 meters away, measured in a direct line). Touch for a list and map of all markers in Camden.

More about this marker. The English Heritage website notes that: "Erected by the Bedford Estate in 1904 in response to an LCC suggestion, and incorporated into the official plaques scheme in 1983"

Also see . . .  Henry Cavendish (Wikipedia). "Henry Cavendish FRS (10 October 1731 – 24 February 1810) was a British natural philosopher, scientist, and an important experimental and theoretical chemist and physicist. Cavendish is noted for his discovery of hydrogen or what he called "inflammable air". He described the density of inflammable air, which formed water on combustion, in a 1766 paper "On Factitious Airs". Antoine Lavoisier later reproduced Cavendish's experiment and gave the element its name....A notoriously shy man (it has been postulated that he was on the autism spectrum), Cavendish was nonetheless distinguished for great accuracy and precision in his researches into the composition of atmospheric air, the properties of different gases, the synthesis of water, the law governing electrical attraction and repulsion, a mechanical theory of heat, and calculations of the density (and hence the mass) of the Earth. His experiment to measure the density of the Earth has come to be known as the Cavendish experiment." (Submitted on March 27, 2018, by Andrew Ruppenstein of Lamorinda, California.)
Credits. This page was last revised on January 27, 2022. It was originally submitted on March 27, 2018, by Andrew Ruppenstein of Lamorinda, California. This page has been viewed 129 times since then. Photos:   1, 2. submitted on March 27, 2018, by Andrew Ruppenstein of Lamorinda, California.
Share this page.