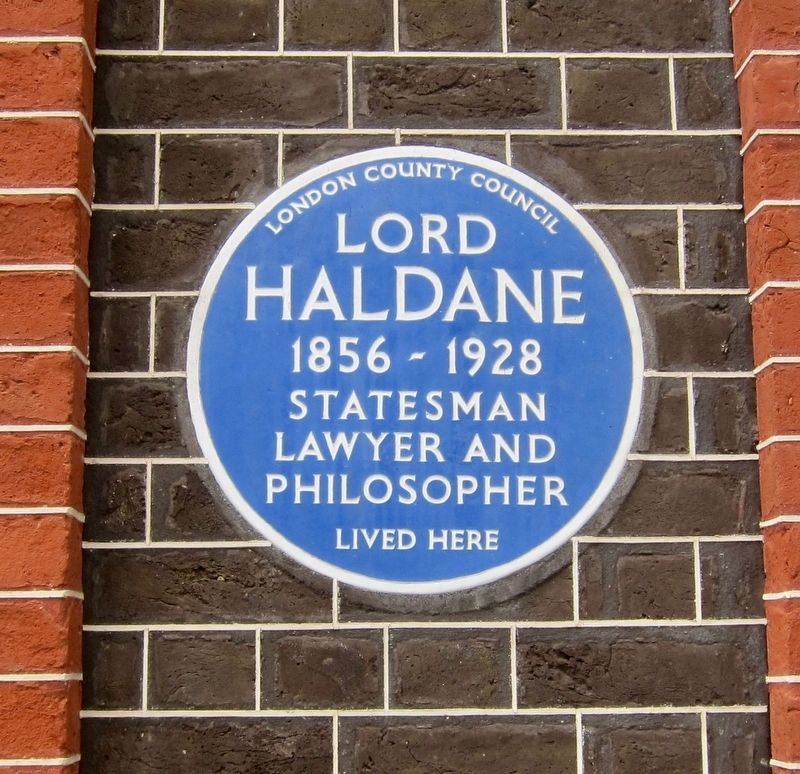 lived here . . This historical marker was erected in 1954 by London County Council. It is in City of Westminster in Greater London County England United Kingdom 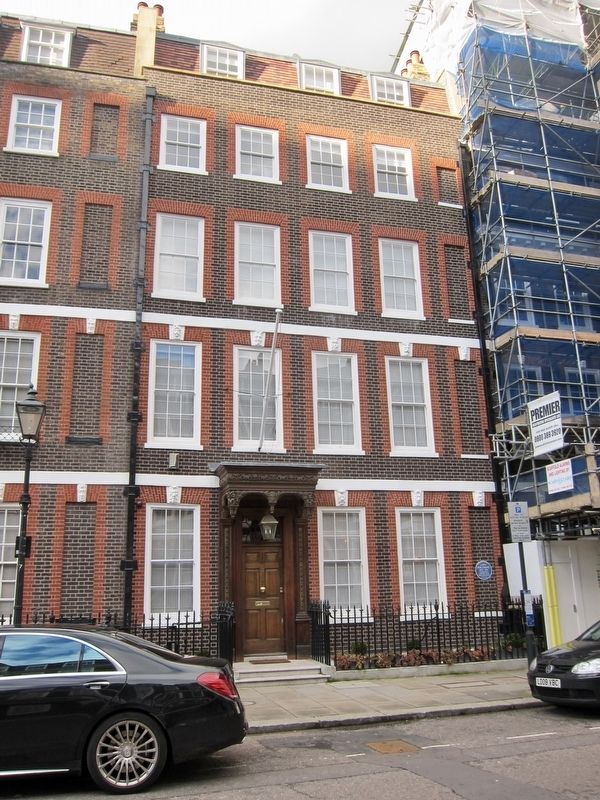 Also see . . .  Richard Haldane, 1st Viscount Haldane (Wikipedia). "Richard Burdon Haldane, 1st Viscount Haldane, KT, OM, PC, KC, FRS, FSA, FBA (30 July 1856 – 19 August 1928) was an influential Scottish Liberal and later Labour imperialist politician, lawyer and philosopher. He was Secretary of State for War between 1905 and 1912 during which time the "Haldane Reforms" of the British Army were implemented. Raised to the peerage as Viscount Haldane in 1911, he was Lord Chancellor between 1912 and 1915, when he was forced to resign because of false allegations of German sympathies. He later joined the Labour Party and once again served as Lord Chancellor in 1924 in the first ever Labour administration. Apart from his legal and political careers, Haldane was also an influential writer on philosophy, in recognition of which he was elected a Fellow of the British Academy in 1914." (Submitted on March 27, 2018.)
Credits. This page was last revised on March 27, 2018. It was originally submitted on March 27, 2018, by Andrew Ruppenstein of Sacramento, California. This page has been viewed 82 times since then and 10 times this year. Photos:   1, 2. submitted on March 27, 2018, by Andrew Ruppenstein of Sacramento, California.
Share This Page.