The Tower of the Reformer 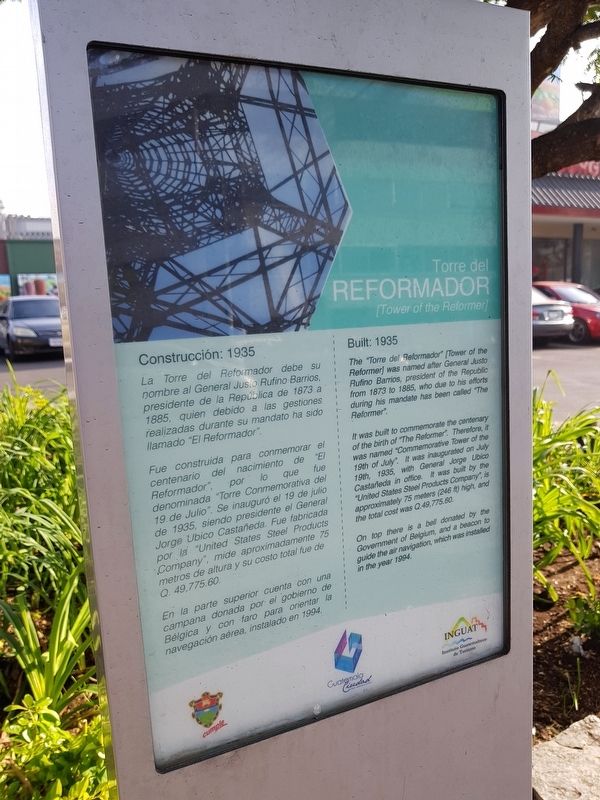 By J. Makali Bruton, March 19, 2018
1. The Tower of the Reformer Marker
Inscription.
English: . Tower of the Reformer . Built: 1935 . . The "Torre del Reformador" [Tower of the Reformer] was named after General Justo Rufino Barrios, president of the Republic from 1873 to 1885, who due to his efforts during his mandate has been called “The Reformer”. . . It was built to commemorate the centenary of the birth of “The Reformer”. Therefore, it was named "Commemorative Tower of the 19th of July". It was inaugurated on July 19th, 1935, with General Jorge Ubico Castañeda in office. It was built by the “United States Steel Products Company”, is approximately 75 meters (246 ft) high, and the total cost was Q.49,775.60. . . On top there is a bell donated by the Government of Belgium, and a beacon to guide the air navigation, which was installed in the year 1994. . This historical marker was erected by Municipalidad de Guatemala. It is in Guatemala City in Municipality of Guatemala Guatemala