— The Museum In The Streets — 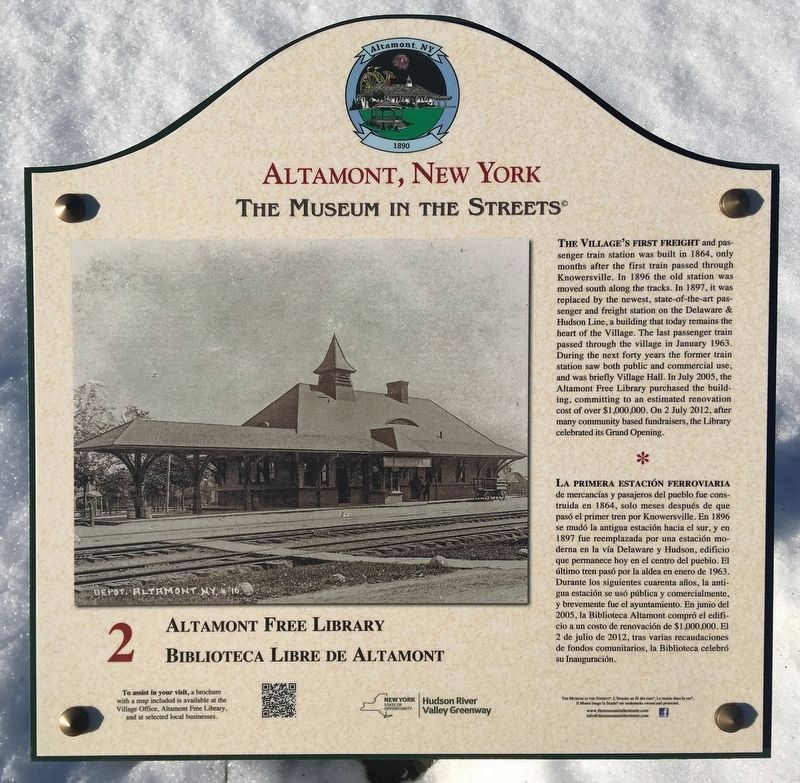 By Howard C. Ohlhous, March 24, 2018
1. Altamont Free Library Marker
Inscription.
The Village's First Freight and passenger train station was built in 1864, only months after the first train passed through Knowersville. In 1896 the old station was moved south along the tracks. In 1897, it was replaced by the newest, state-of-the-art passenger and freight station on the Delaware & Hudson Line, a building that today remains the heart of the Village. The last passenger train passed through the village in January 1963. During the forty years the former train station saw both public and commercial use, and was briefly Village Hall. In July 2005, the Altamont Free Library purchased the building, committing to an estimated renovation cost of over $1,000,000. On 2 July 2012, after many community based fundraisers, the Library celebrated its Grand Opening. .
. . . This historical marker was erected in 2017 by The Village of Altamont. It is in Altamont in Albany County New York