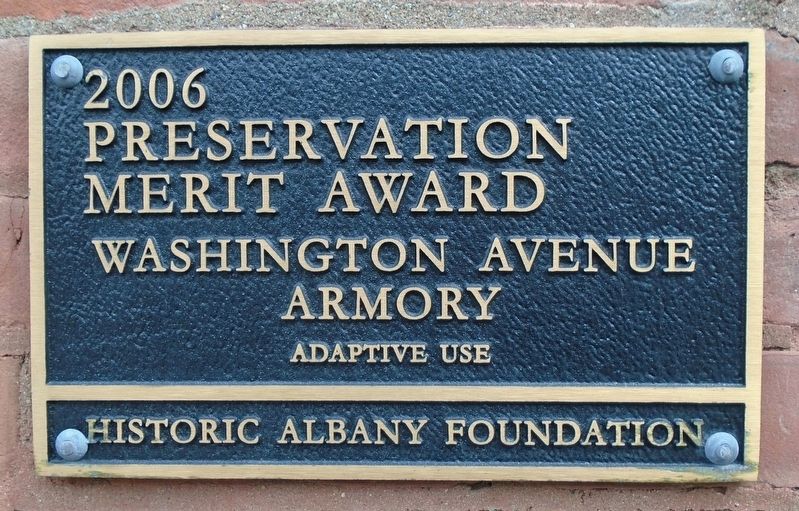 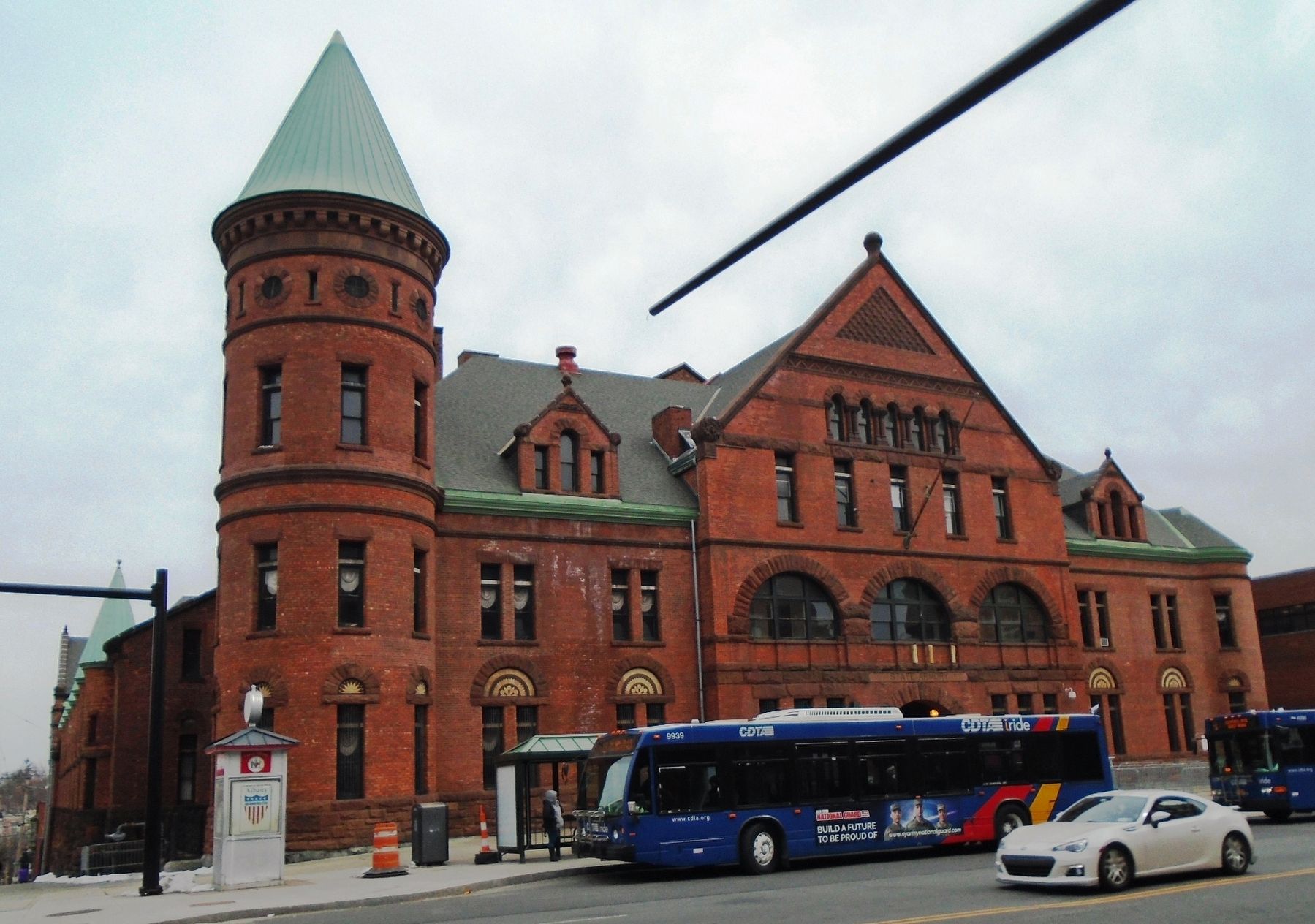 More about this marker. Marker is on wall next to entrance, constantly obscured by buses stopping at the bus stop. 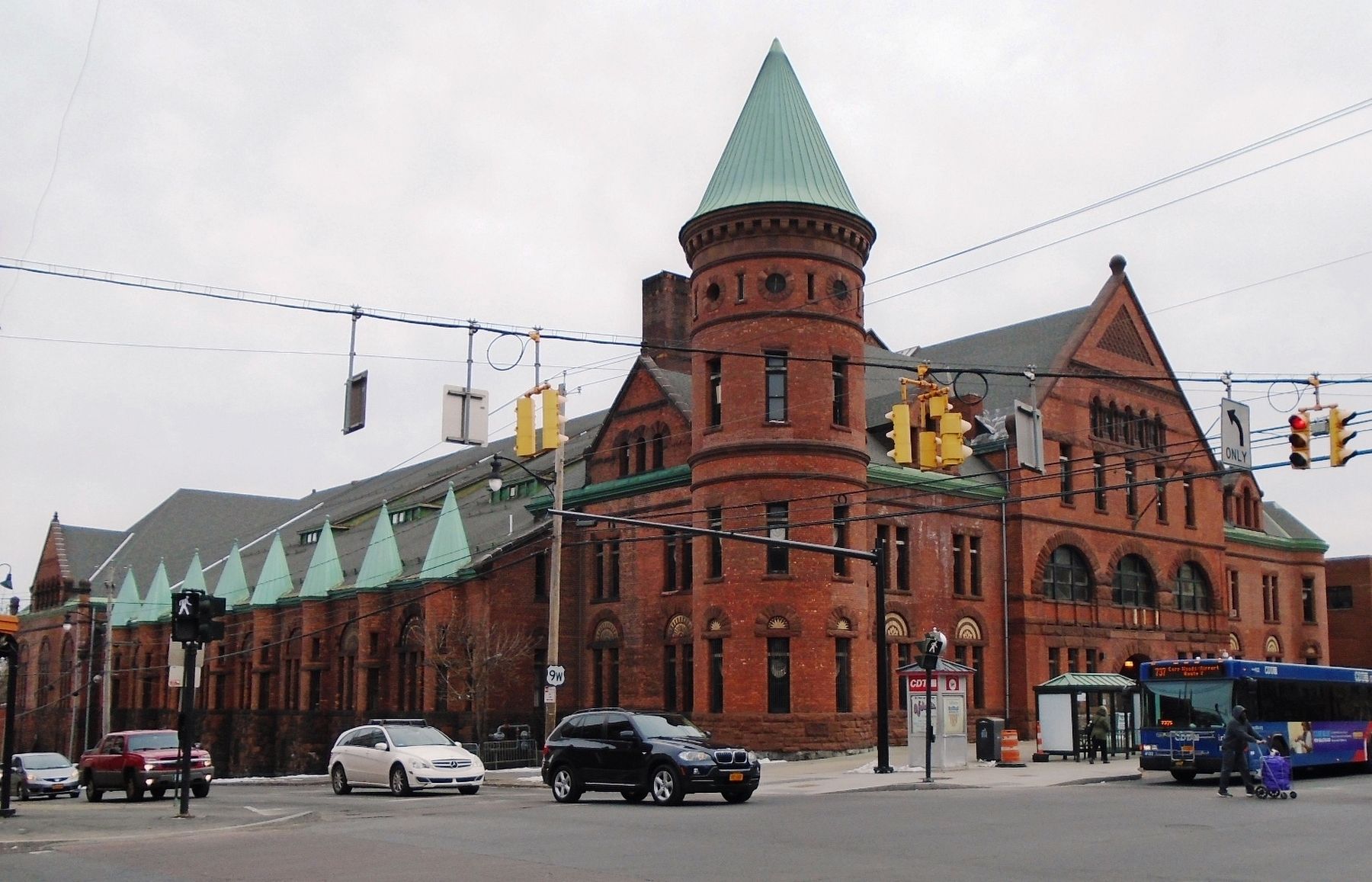