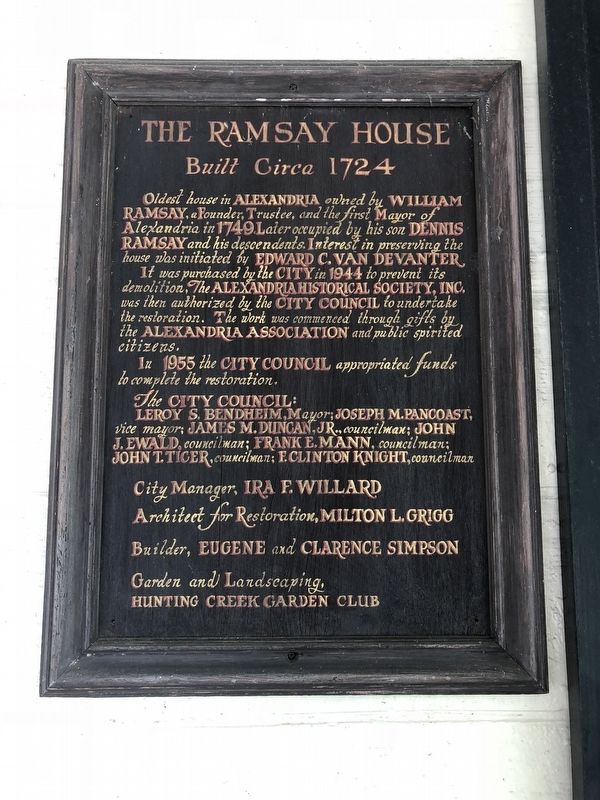 Oldest house in Alexandria owned by William Ramsay, a Founder, Trustee, and the first Mayor of Alexandria in 1749. Later occupied by his son Dennis Ramsay and his descendants. Interest in preserving the house was initiated by Edward C. Van Devanter.

It was purchased by the City in 1944 to prevent its demolition. The Alexandria Historical Society, Inc. was then authorized by the City Council to undertake the restoration. The work was commenced through gifts by the Alexandria Association and public spirited citizens.

In 1955 the City Council appropriated funds to complete the restoration. 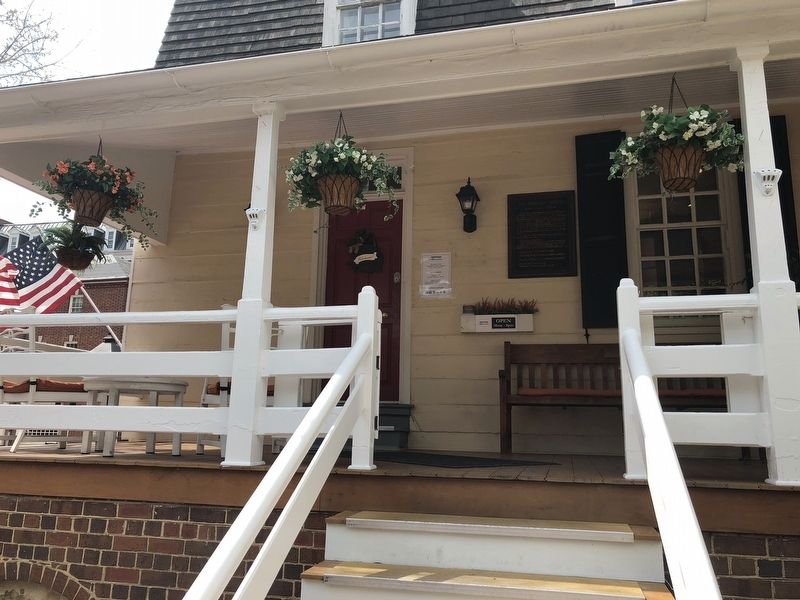 Topics. This historical marker is listed in these topic lists: Colonial Era • Settlements & Settlers. A significant historical year for this entry is 1724.

Location. 38° 48.276′ N, 77° 2.539′ W. Marker is in Alexandria, Virginia. Marker is on King Street east of North Fairfax Street, on the right when traveling west. On the side of the Ramsay House that faces the courtyard. Touch for map. Marker is at or near this postal address: 221 King Street, Alexandria VA 22314, United States of America. Touch for directions.