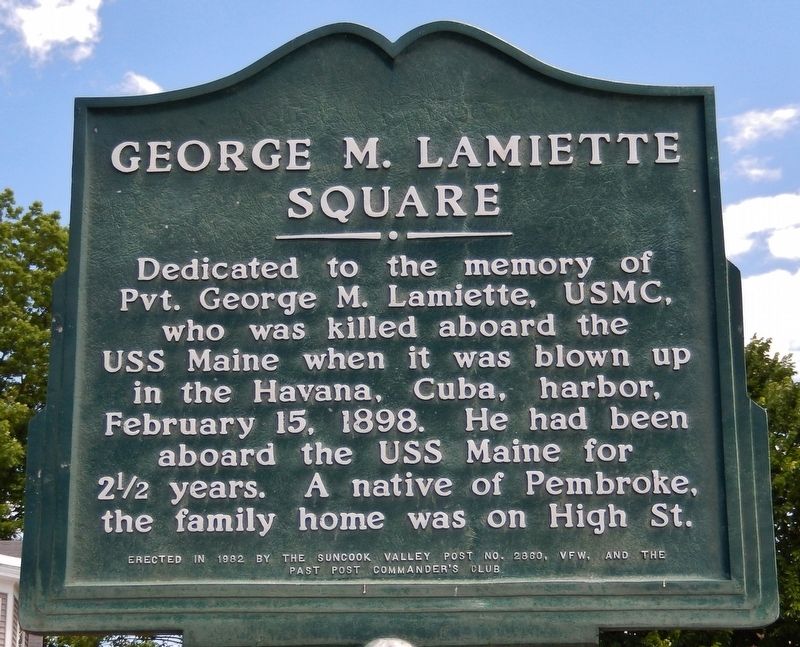 Photographed By Cosmos Mariner, June 25, 2017
1. George M. Lamiette Square Marker
Inscription.
George M. Lamiette Square. . , Dedicated to the memory of Pvt. George M. Lamiette, USMC, who was killed aboard the USS Maine when it was blown up in the Havana, Cuba, harbor, February 15, 1898. He had been aboard the USS Maine for 2+1/2 years. A native of Pembroke, the family home was on High St. . This historical marker was erected in 1982 by Suncook Valley Post No. 2860, VFW, and the Past Post Commanders Club. It is in Pembroke in Merrimack County New Hampshire

Topics. This memorial is listed in these topic lists: Military • War, Spanish-American. A significant historical date for this entry is February 15, 1898.

Location. 43° 7.932′ N, 71° 27.121′ W. Marker is in Pembroke, New Hampshire, in Merrimack County. Memorial is at the intersection of Broadway and Main Street, on the left when traveling south on Broadway. Marker is the centerpiece of George M. Lamiette Square, a small memorial park at this address. Touch for map. Marker is at or near this postal address: 172 Main Street, Suncook NH 03275, United States of America. Touch for directions.

Other nearby markers. At least 8 other markers are within 3 miles of this marker, measured as the crow flies. Suncook Village (about 300 feet away, measured in a direct line); Suncook Connection Bridge (approx. 0.3 miles away); Josie Langmaid (approx. 1.1 miles 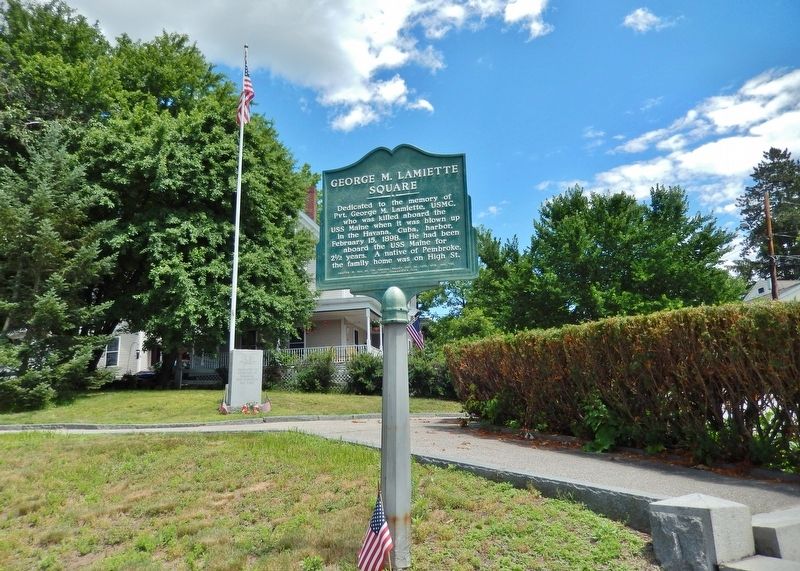 Also see . . .
1. The War of 1898 - The Spanish-American War.
On April 25, 1898 the United States declared war on Spain following the sinking of the Battleship Maine in Havana harbor on February 15, 1898. The war ended with the signing of the Treaty of Paris on December 10, 1898. As a result Spain lost its control over the remains of its overseas empire - Cuba, Puerto Rico, the Philippines Islands, Guam, and other islands. (Submitted on April 2, 2018, by Cosmos Mariner of Cape Canaveral, Florida.)

2. The United States Declares War on Spain, 1898.
Cuba, a Spanish colony, had been in rebellion since 1895. The brutal Spanish response turned American sympathies to the Cuban insurgents. The US Battleship Maine arrived in Havana Harbor in January 1898 with a dual mission - to protect American interests and present the Spanish with a show of force. At 9:40 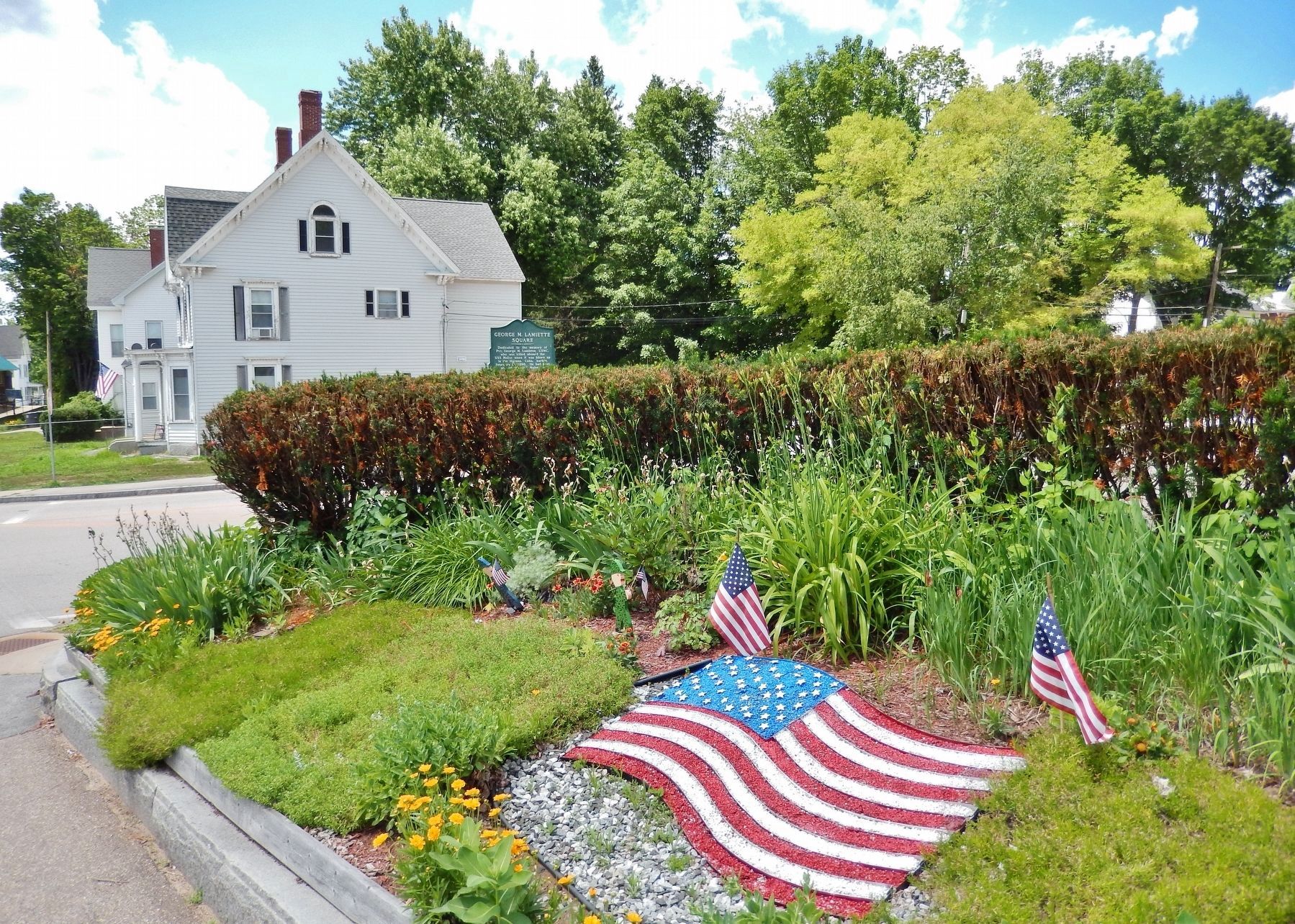