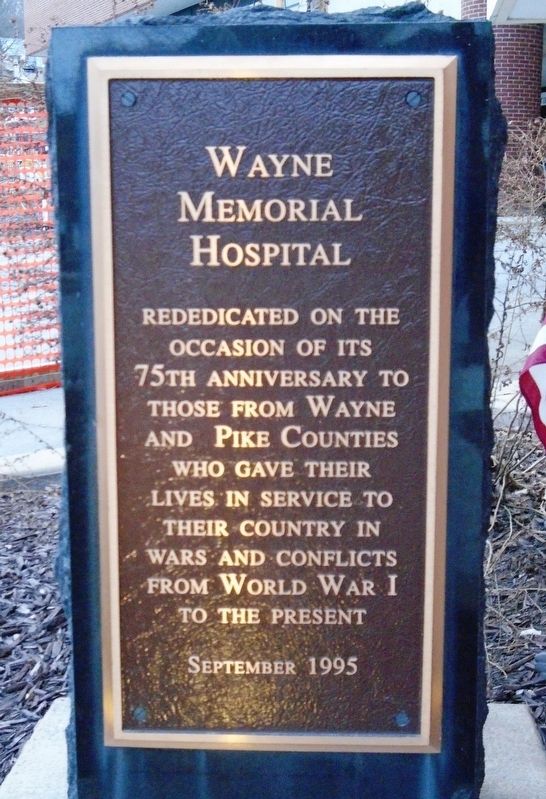 September 1995. . This memorial was erected in 1995 by Wayne Memorial Hospital. It is in Honesdale in Wayne County Pennsylvania 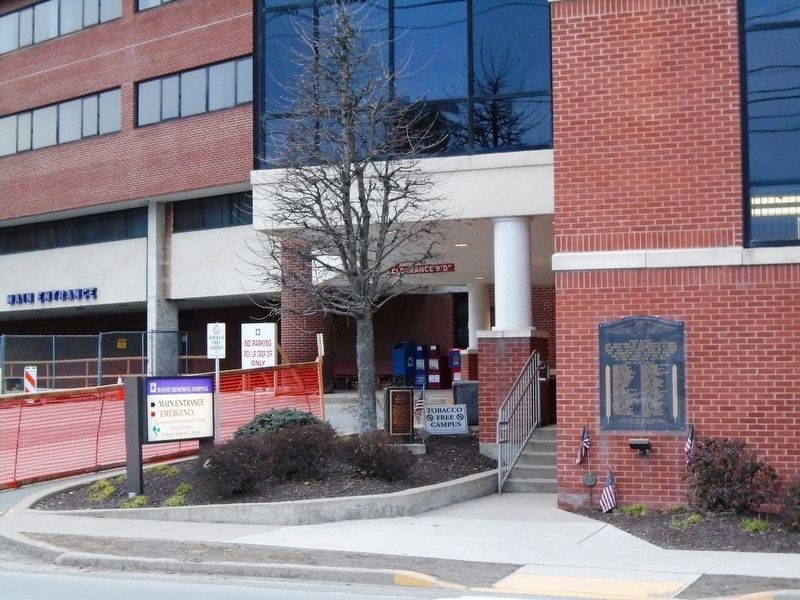