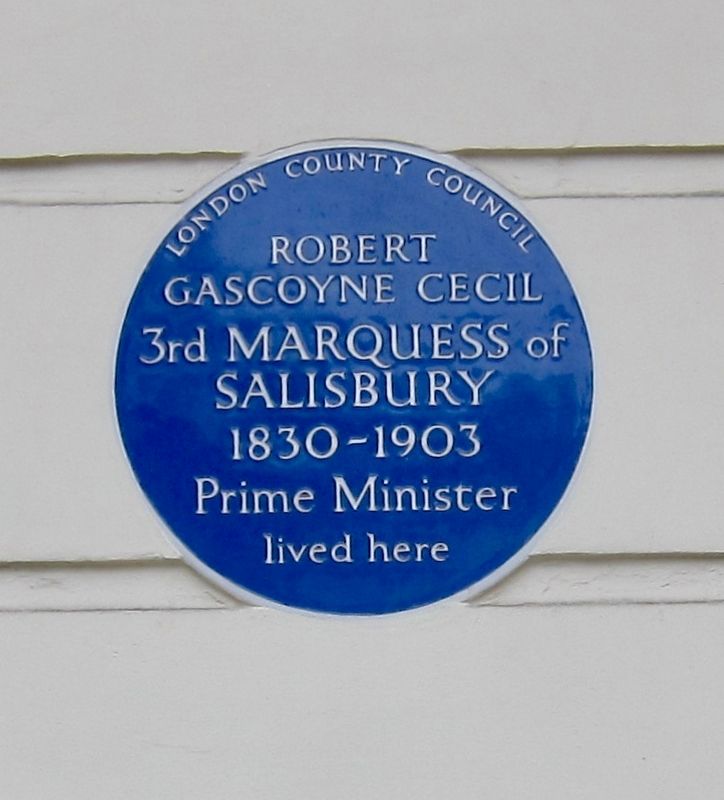 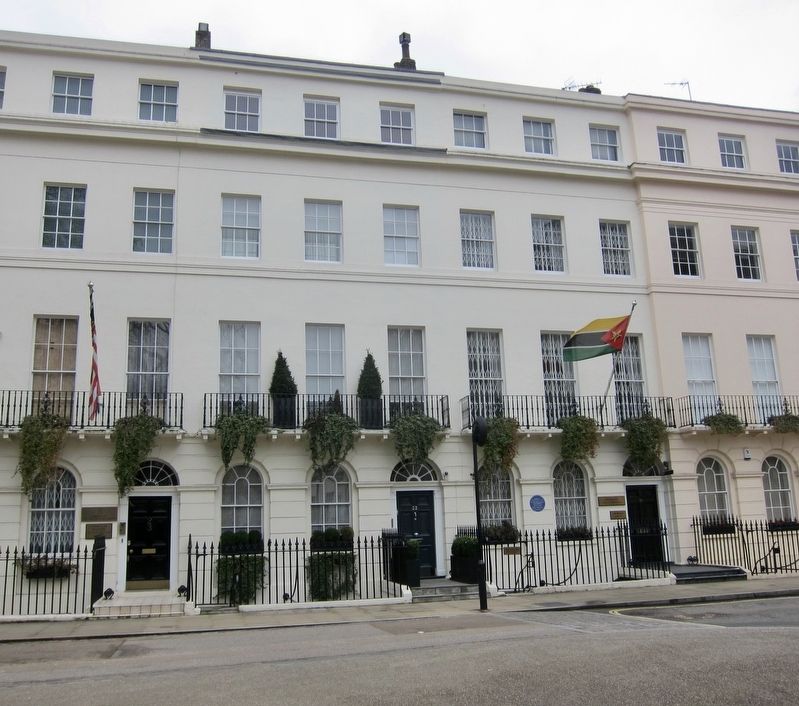 Click or scan to see
this page online
(about 90 meters away); Captain Matthew Flinders, R.N. (about 120 meters away). Touch for a list and map of all markers in Camden.

Also see . . .  Robert Gascoyne-Cecil, 3rd Marquess of Salisbury (Wikipedia). "Robert Arthur Talbot Gascoyne-Cecil, 3rd Marquess of Salisbury, KG, GCVO, PC, FRS, DL (3 February 1830 – 22 August 1903), styled Lord Robert Cecil before 1865 and Viscount Cranborne from June 1865 until April 1868, was a British statesman of the Conservative Party, serving as Prime Minister three times for a total of over thirteen years. He was the last Prime Minister to head his full administration from the House of Lords....Historians agree that Salisbury was a strong and effective leader in foreign affairs, with a strong grasp of the issues. Paul Smith characterises his personality as "deeply neurotic, depressive, agitated, introverted, fearful of change and loss of control, and self-effacing but capable of extraordinary competitiveness." A representative of the landed aristocracy, he held the reactionary credo, "Whatever happens will be for the worse, and therefore it is in our interest that as little should happen as possible." Searle says that instead of seeing his party's victory in 1886 as a harbinger of a new and more popular Conservatism, he longed to return to the stability of the past, when his party's main function was to restrain demagogic liberalism and democratic excess." (Submitted on April 9, 2018.)
Credits. This page was last revised on January 27, 2022. It was originally submitted on April 9, 2018, by Andrew Ruppenstein of Sacramento, California. This page has been viewed 120 times since then and 11 times this year. Photos:   1, 2. submitted on April 9, 2018, by Andrew Ruppenstein of Sacramento, California.
Share this page.