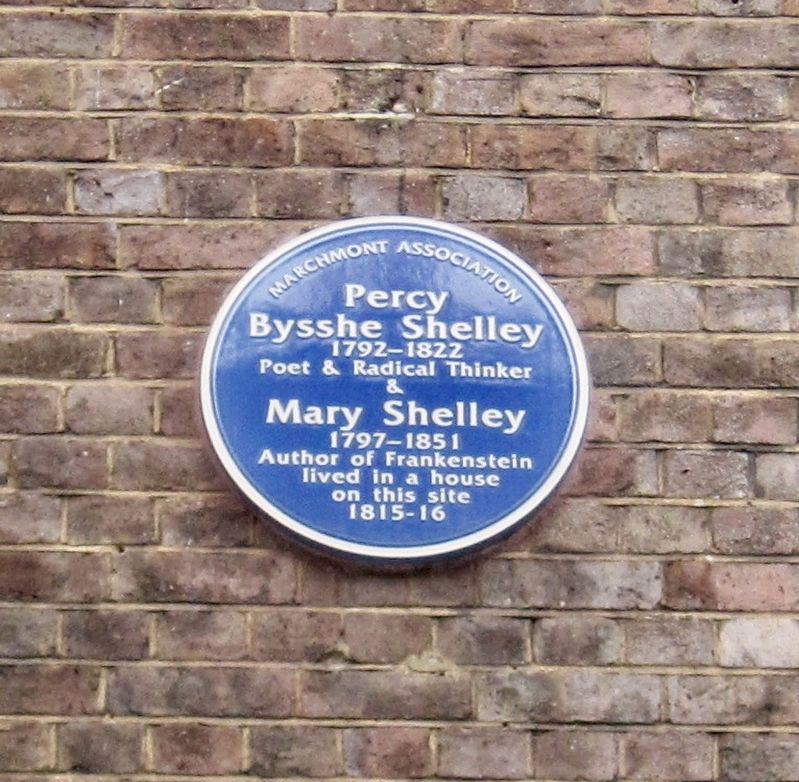 Topics and series. This historical marker is listed in this topic list: Arts, Letters, Music. In addition, it is included in the England - London - Marchmont Association Plaques series list. 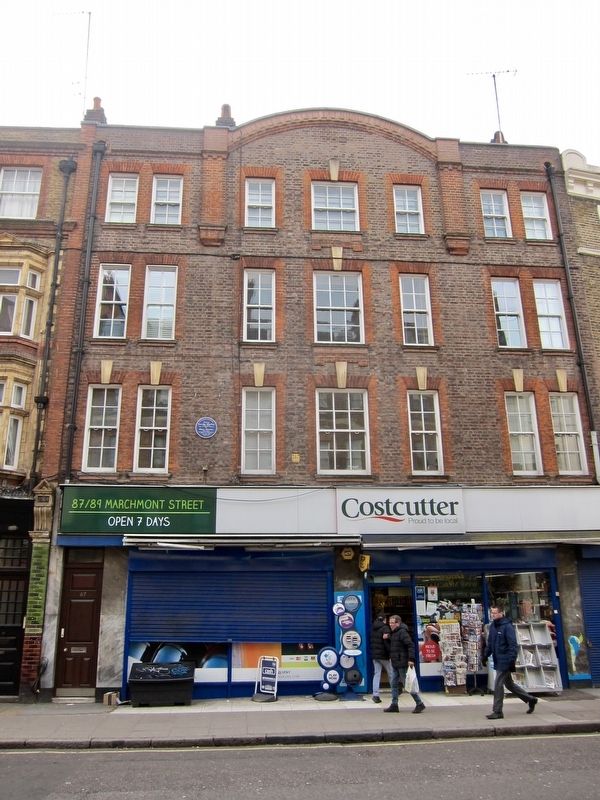 More about this marker. The Marchmont Association website indicates that this marker was unveiled on December 19, 2009, by Ann Wroe, author of "Being Shelley".

Also see . . .
1. Percy Bysshe Shelley (Mary Shelley Wiki). Percy Bysshe Shelley (4 August 1792 – 8 July 1822) was an English poet, widely regarded as one of the “Big Six” writers of the Romantic Period (along with William Blake, William Wordsworth, Samuel Taylor Coleridge, John Keats, and close friend, Lord Byron), though he did not experience much fame during his lifetime. His radical philosophical views and troubled personal life did little to gain public admiration, and it wasn’t until much after his death that his poems and essays were entered into the literary canon of the time....Shelley’s most famous works include the poems “Ozymandias”, “Ode to the West Wind”, “Mont Blanc”, and his chef-d'oeuvre, "Prometheus Unbound". (Submitted on April 10, 2018.)

2. Mary Shelley (Wikipedia). Mary Wollstonecraft Shelley (née Godwin; 30 August 1797 – 1 February 1851) was an English novelist, short story writer, dramatist, essayist, biographer, and travel writer, best known for her Gothic novel "Frankenstein: or, The Modern Prometheus" (1818). She also edited and promoted the works of her husband, the Romantic poet and philosopher Percy Bysshe Shelley. Her father was the political philosopher William Godwin, and her mother was the philosopher and feminist Mary Wollstonecraft. (Submitted on April 10, 2018.)