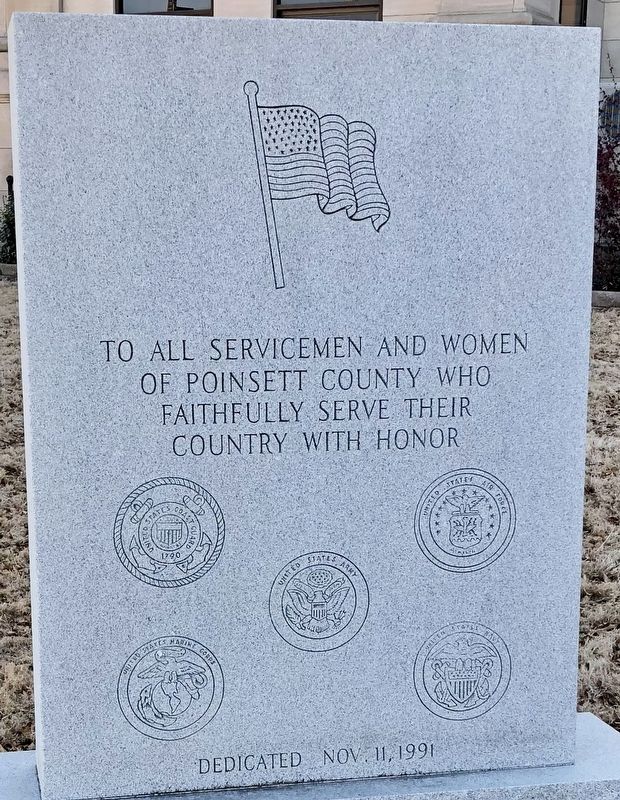 Topics. This memorial monument is listed in these topic lists: Military • Patriots & Patriotism.

Additional comments.
1. Other markers at the Courthouse
Visited Harrisburg to photograph the Poinsett County Courthouse, 1936 Centennial marker. Found out it had been removed months ago, due to construction at the Courthouse, and had not been reinstalled.

Then checked into the location of the Arkansas Civil War Sesquicentennial Marker: "Poinsett County in the Civil War" marker #69, that was planned to be installed in 2014. 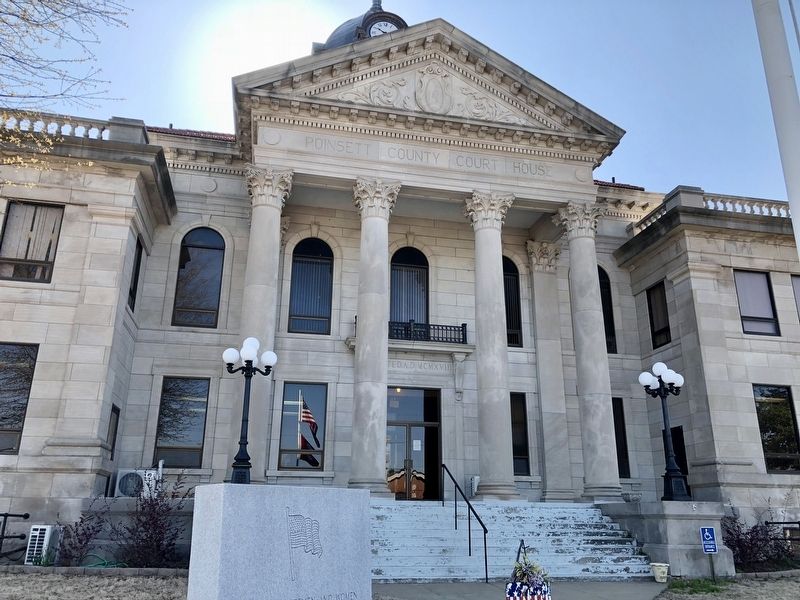 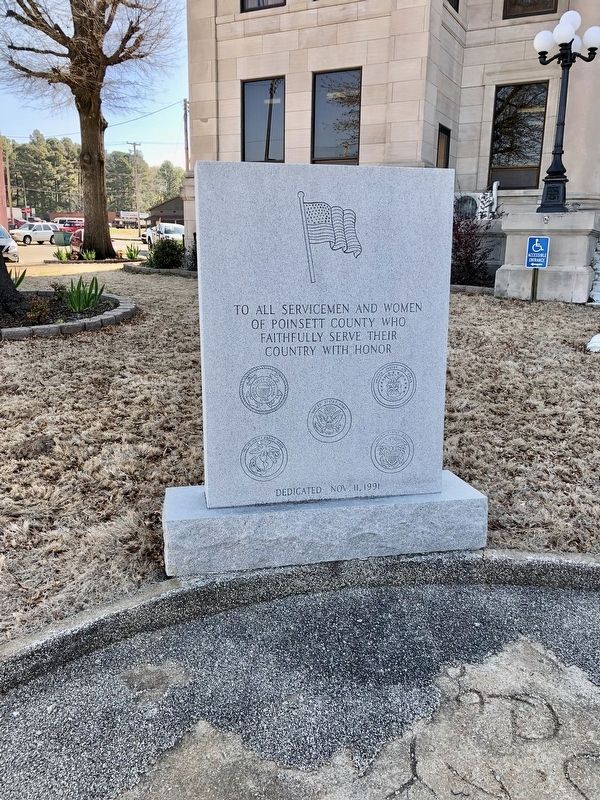