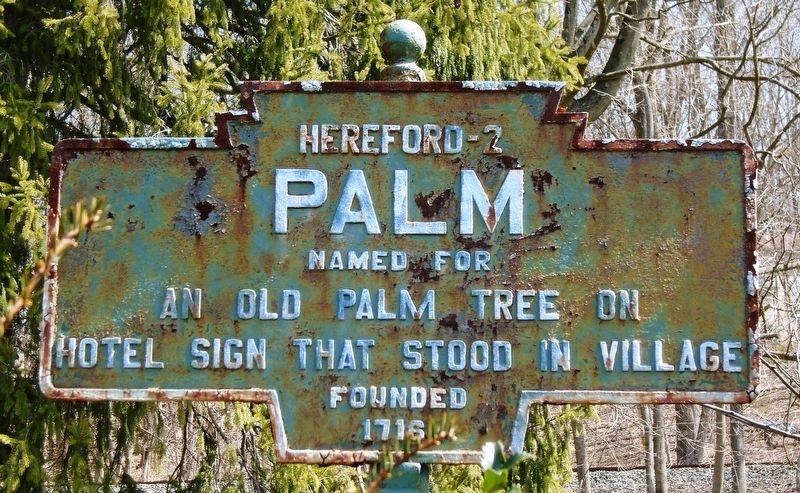 Named for
an old palm tree on
hotel sign that stood in village
Founded
1716
(Marker Number 2.)

More about this marker. The marker is most likely a former village limits sign that has been moved to its nearly inaccessible location. It is similar in style to many extant town limits signs across Pennsylvania, but the contributor does not know its provenance. 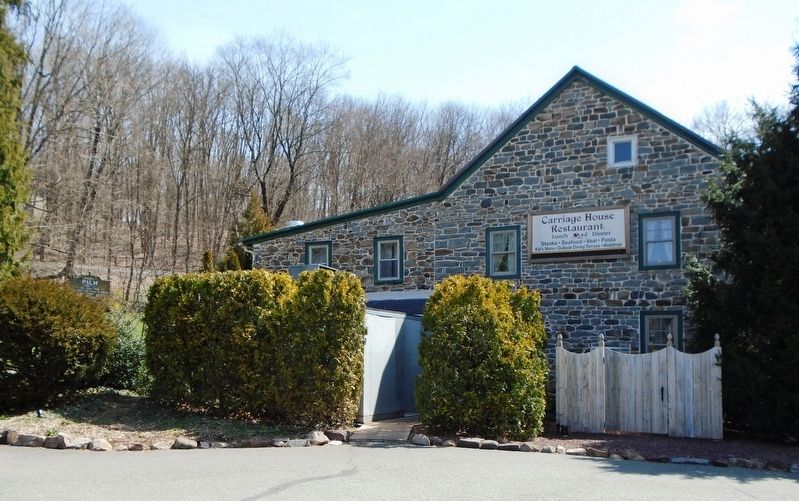