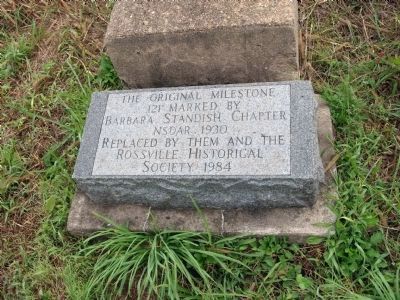 Topics and series. This historical marker is listed in these topic lists: Landmarks • Notable Places • Roads & Vehicles. In addition, it is included in the Daughters of the American Revolution series list.

Location. 40° 20.048′ N, 87° 39.719′ W. Marker is near Rossville, Illinois, in Vermilion County. Marker is on Illinois Route 1 north of Manns Chapel Road, on the right when traveling north. Touch for map. Marker is in this post office area: Rossville IL 60963, United States of America. Touch for directions. 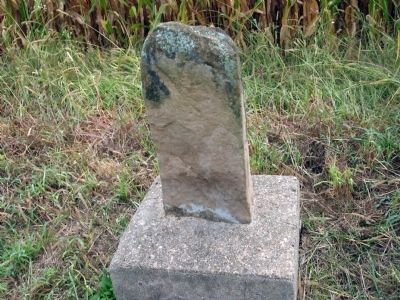 Regarding The Original Milestone 121. This milestone number 121 by its number - puts it 121 miles from Vincennes, Indiana as the road heads to Chicago.

There is rich History within the story of this road. Starting with buffalo following the "well worn Buffalo Path" from Minnesota to the Kentucky "salt licks."

It was slowly and painfully cleared - becoming the "Hubbard's Trace." In 1835 the Illinois General Assembly ordered the "Vincennes to Chicago Road" to be surveyed. After a colorful life and adventures James Clayman, "the most reliable voice of the Rocky Mountain fur trade," became the Deputy County Surveyor of Vermilion County, Illinois. He was contracted to survey the new road, and placed upon it a "Mile Marker" at every mile along it. He followed "Hubbard's Trace" much of the way.

With the era of the automobile, came the "Dixie Highway" following most of the "Vincennes to Chicago" route from Chicago within the State of Illinois.

There are a limited number of these old "mile markers" 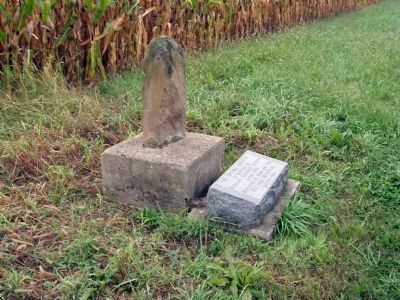 By Al Wolf, September 20, 2008
3. Another View of Mile Stone & Marker
yet in existence. Each should receive public recognition and to have their story told as part of the rich history of this roadway.

Also see . . .  Ridge Historical Society. A Chicago historical view of the importance of the ""Road"" to the their area. There are noted some "mile stones" in that area. (Submitted on September 21, 2008, by Al Wolf of Veedersburg, Indiana.) 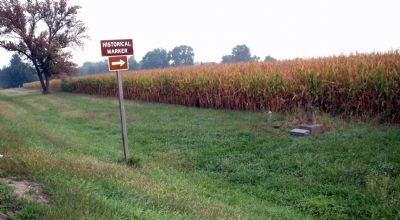 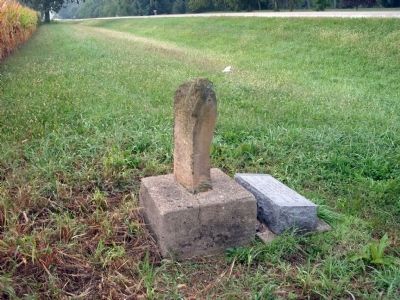