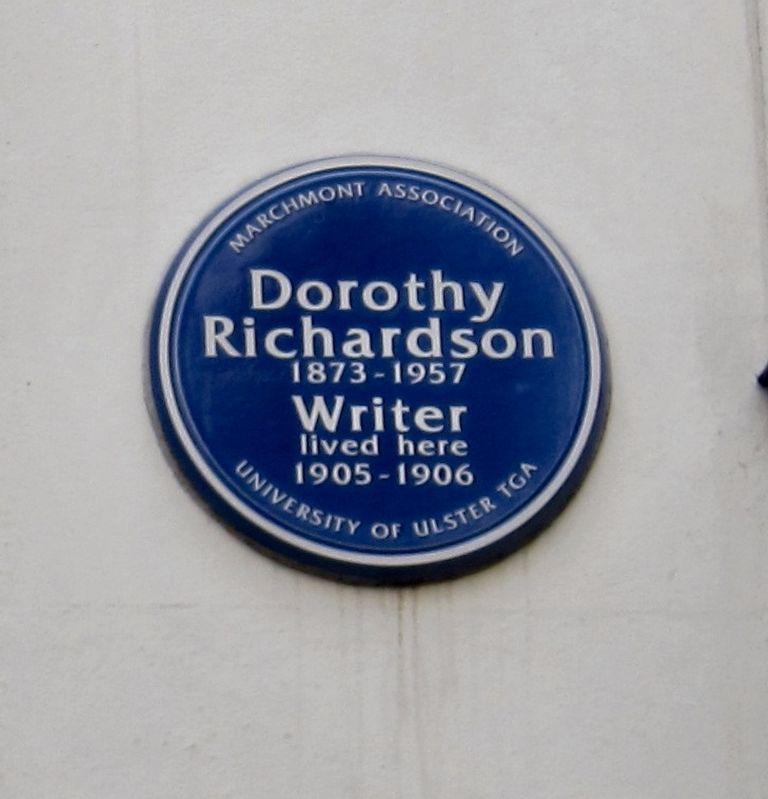 Topics and series. This historical marker is listed in these topic lists: Arts, Letters, Music • Women. In addition, it is included in the England - London - Marchmont Association Plaques series list. 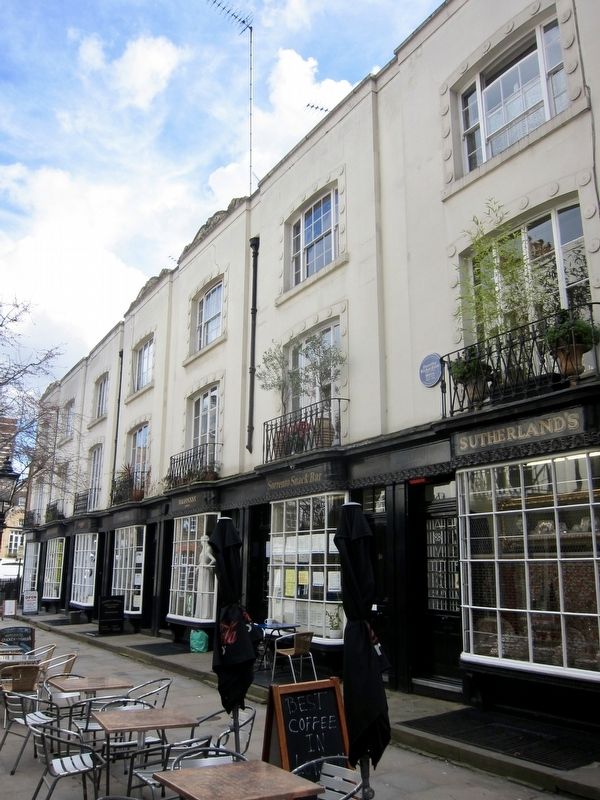 More about this marker. The Marchmont Association website indicates that this marker was unveiled on May 15, 2015 by Professor Laura Marcus.

Also see . . .  Dorothy Richardson (Wikipedia). "Dorothy Miller Richardson (17 May 1873 – 17 June 1957) was a British author and journalist. Author of Pilgrimage, a sequence of 13 semi-autobiographical novels–though Richardson saw them as chapters of one work–she was one of the earliest modernist novelists to use stream of consciousness as a narrative technique. Richardson also emphasizes in Pilgrimage the importance and distinct nature of female experiences. The title Pilgrimage alludes not only to 'the journey of the artist ... to self-realization but, more practically, to the discovery of a unique creative form and expression'." (Submitted on April 16, 2018.)