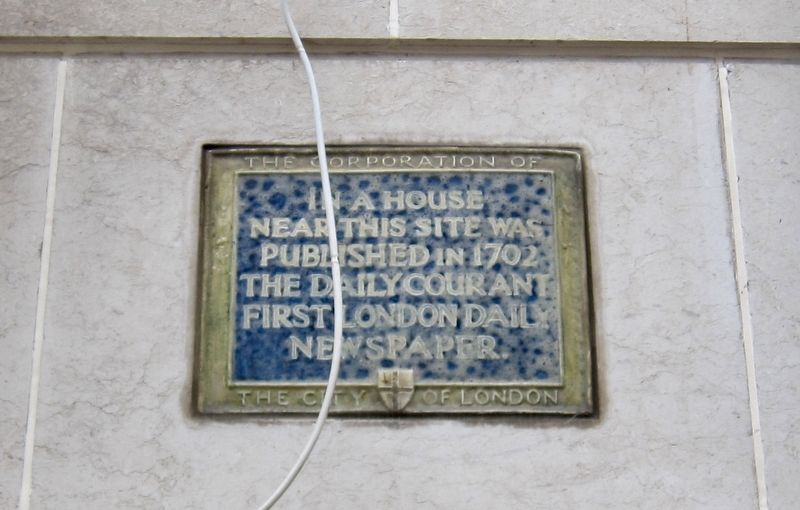 In a house
near this site was
published in 1702
The Daily Courant
first London daily
newspaper.

Topics and series. This historical marker is listed in this topic list: Communications. In addition, it is included in the UK, England, City of London Corporation series list. A significant historical year for this entry is 1702. 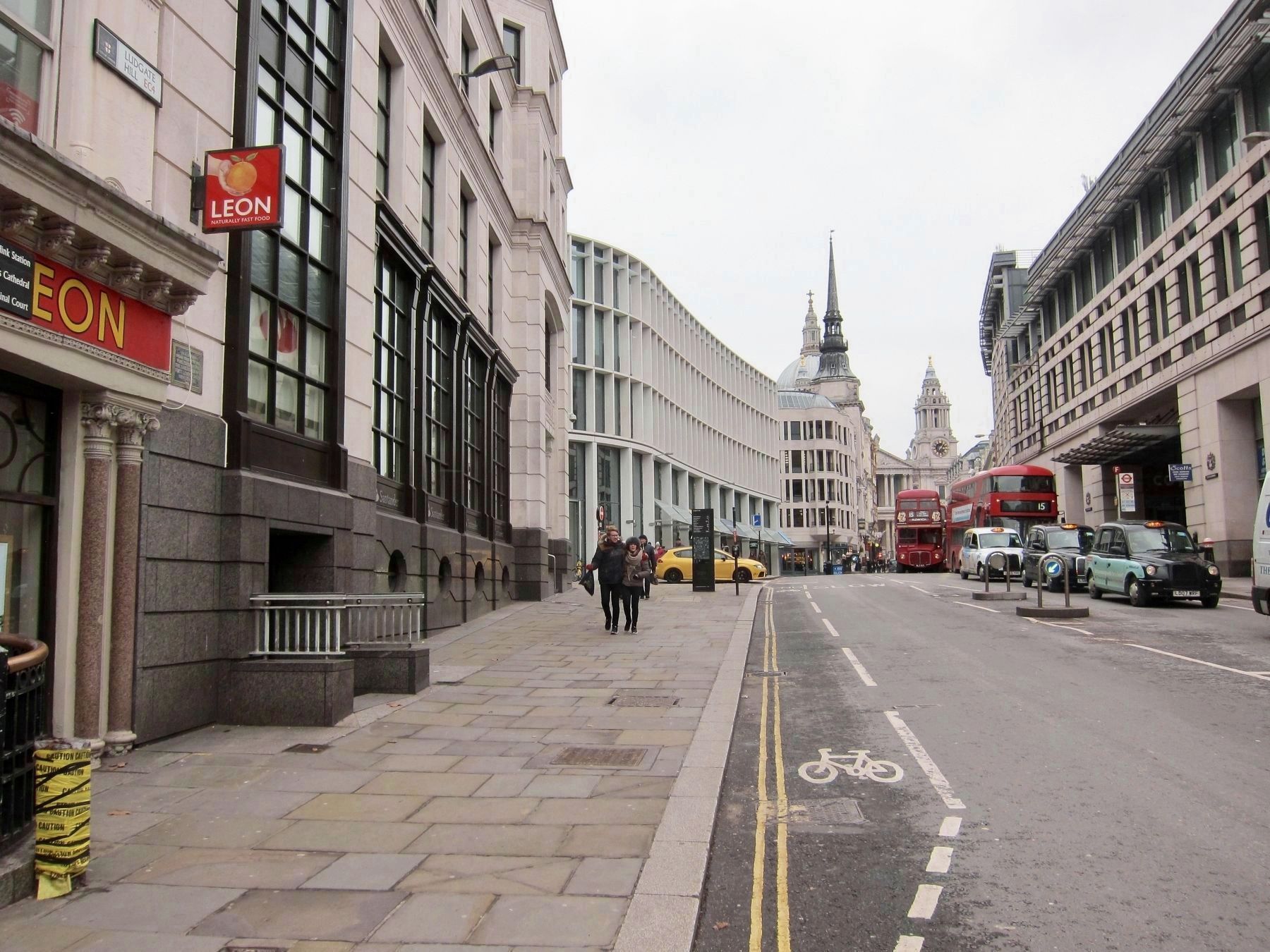 By Andrew Ruppenstein, March 17, 2018
2. The Daily Courant Marker - Wide View, Looking East on Ludgate Hill
The marker is visible here in the foreground on the left, just below and to the right of the "Leon" signs. St. Paul and St. Martin are visible in the background on the left side of the street.

Also see . . .  The Daily Courant (Wikipedia). "The Daily Courant, initially published on 11 March 1702, was the first British daily newspaper. It was produced by Elizabeth Mallet at her premises next to the King's Arms tavern at Fleet Bridge in London. The newspaper consisted of a single page, with advertisements on the reverse side. Mallet advertised that she intended to publish only foreign news and would not add any comments of her own, supposing her readers to have "sense enough to make reflections for themselves."...After only forty days Mallet sold The Daily Courant to Samuel Buckley, who moved it to premises in the area of Little Britain in London, at "the sign of the Dolphin". Buckley later became the publisher of The Spectator. The Daily Courant lasted until 1735, when it was merged with the Daily Gazetteer." (Submitted on April 17, 2018.)
Credits. This page was last revised on April 17, 2018. It was originally submitted on April 17, 2018, by Andrew Ruppenstein of Sacramento, California. This page has been viewed 444 times since then and 23 times this year. Photos:   1, 2. submitted on April 17, 2018, by Andrew Ruppenstein of Sacramento, California.
Share this page.