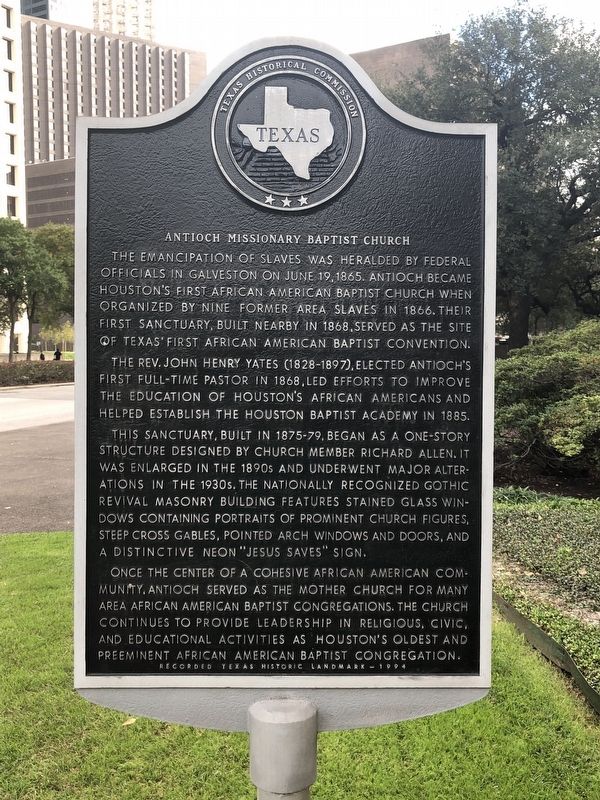 Recorded Texas Historic Landmark - 1994 . This historical marker was erected in 1994 by Texas Historical Commission. It is in Houston in Harris County Texas

Once the center of a cohesive African American community, Antioch served as the mother church for many area African American Baptist congregations. The church continues to provide leadership 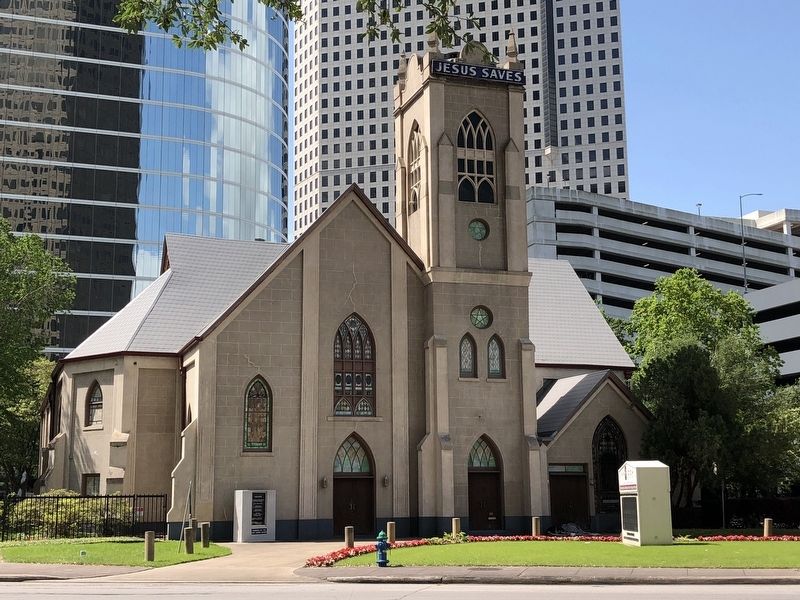 Click or scan to see
this page online
in religious, civic, and educational activities as Houston's oldest and preeminent African American Baptist congregation.