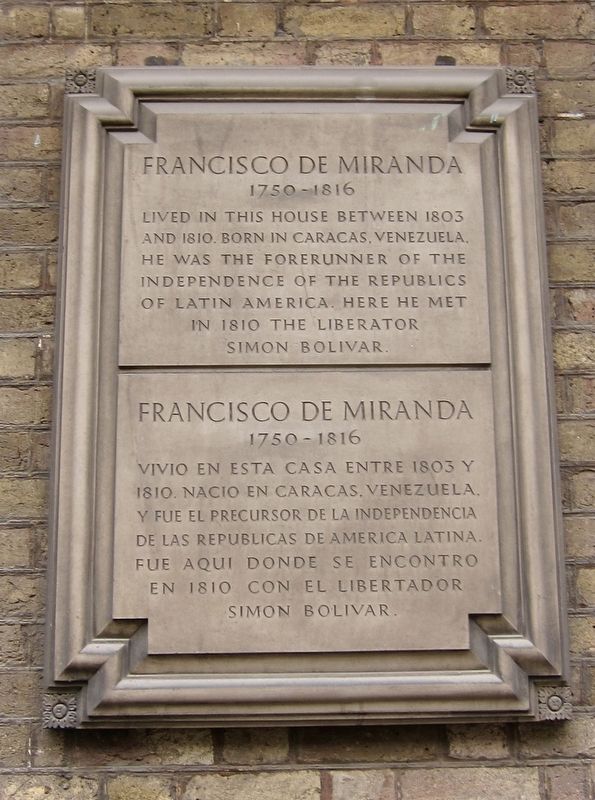 By Andrew Ruppenstein, March 18, 2018
1. Francisco de Miranda Marker
Inscription.
. This historical marker was erected in 1942 by British Council. It is in London Borough of Camden in Greater London County England United Kingdom

Lived in this house between 1803
And 1810. Born In Caracas, Venezuela,
he was whe forerunner of the
independence of the republics
of Latin America. Here he met
in 1810 The Liberator
Simon Bolivar.
Share this page.