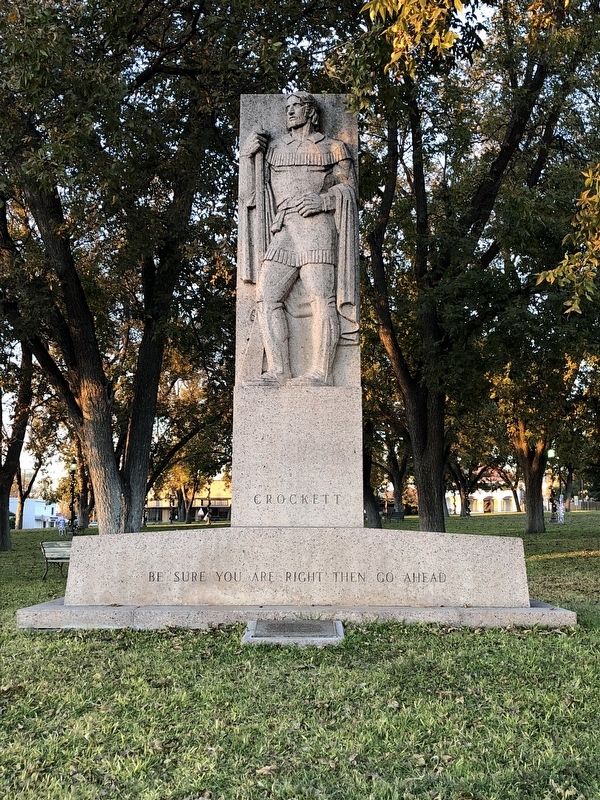 . This historical marker was erected in 1936 by State of Texas. It is in Ozona in Crockett County Texas

(Inscription on front of monument)

Topics. This historical marker is listed in these topic lists: Government & Politics • War, Texas Independence. A significant historical date for this entry is March 6, 1836.

Other nearby markers. At least 8 other markers are within walking distance of this marker. William Mozart McVey (here, next to this marker); Crockett County (a few steps from 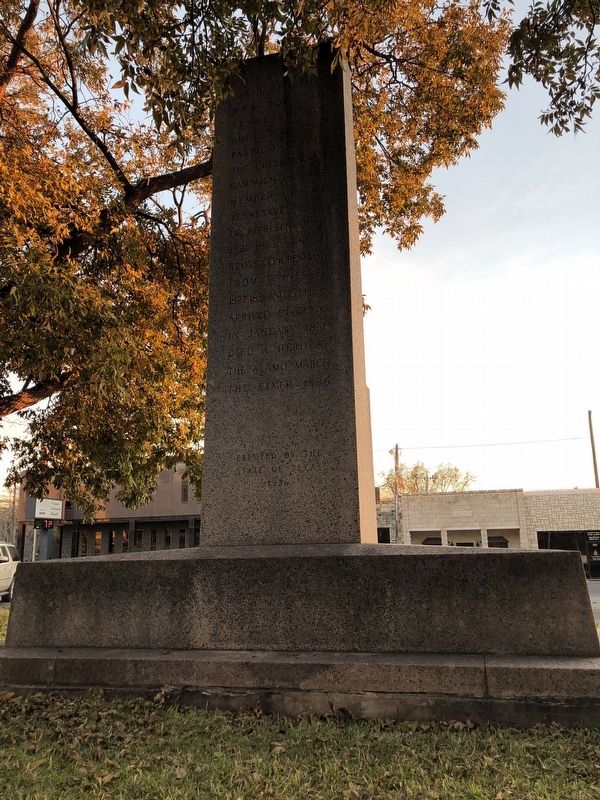