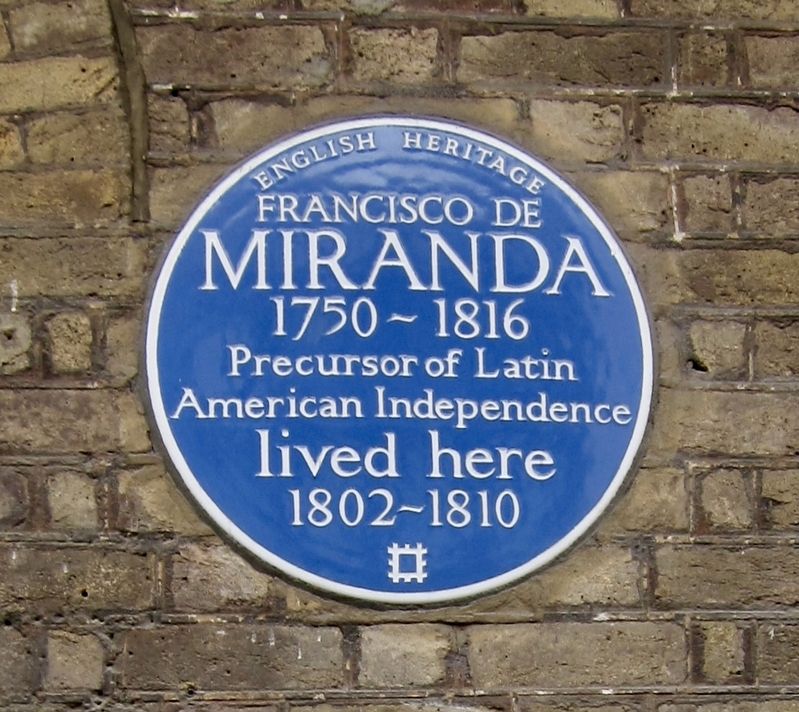 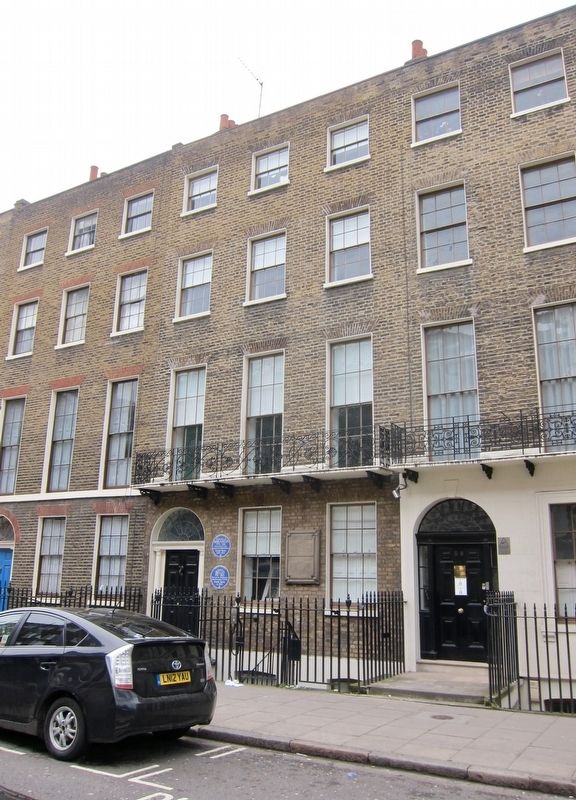 By Andrew Ruppenstein, March 18, 2018
2. Francisco de Miranda Marker - Wide View
The two Blue Plaques, one for Francisco de Miranda and the other for Andres Bello are visible here, as well as the British Council marker for de Miranda to the right of those. The entrance to the Venezuelan Consulate is visible on the right, as well.

1. House of Francisco de Miranda in London – opening Museum (London Post, 4/16/2014). "Francisco de Miranda, known in Venezuela as ‘El Precursor’, was a soldier, writer, traveller and hero of the South American struggle for independence from Spain. He led a remarkable life which saw him fight in the Battle of Pensacola during the American War of Independence, as well as in the French Revolution (for which his name appears on the Arc de Triomphe). He toured Europe extensively and met many great figures of the time during his travels, such as Catherine the Great of Russia, Frederick II of Prussia, Stanislaw II Poniatowski, Potemkin, George Washington, Alexander Hamilton, Napoleon Bonaparte, the Duke of Wellington and the Marquis de Lafayette....These experiences no doubt helped to shape and strengthen his conviction that his home country of Venezuela, and indeed the whole of Latin America, should be freed from Spanish colonial rule. It was in this very house in London that Miranda designed the Venezuelan flag and also met with key figures in the Independence struggle. In 1810, he welcomed three important historical figures to the house: Simón Bolívar, Andrés Bello and Luis López Méndez; who formed the first Latin American diplomatic mission ever to be officially 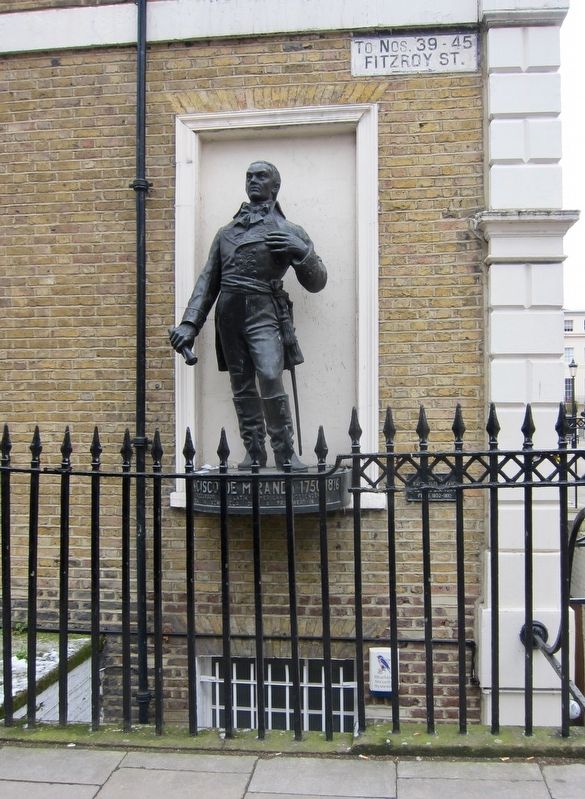 By Andrew Ruppenstein, March 18, 2018
3. Francisco de Miranda Statue
The inscription on this statue, located roughly 100 meters to the west of the marker (at Fitzroy Street x Grafton Way), reads on the base: "Francisco de Miranda, 1750 - 1816, precursor of Latin American independence, born in Venezuela, died a prisoner in Spain."
received by a European authority...." (Submitted on April 20, 2018.)

2. Francisco de Miranda (Encyclopedia Britannica). "Francisco de Miranda, (born March 28, 1750, Caracas, Venez.—died July 14, 1816, Cádiz, Spain), Venezuelan revolutionary who helped to pave the way for independence in Latin America. His own plan for the liberation of Spain’s American colonies with the help of the European powers failed, but he remains known as El Precursor—i.e., “the forerunner” of Bolívar and other more effective revolutionaries." (Submitted on April 20, 2018.)