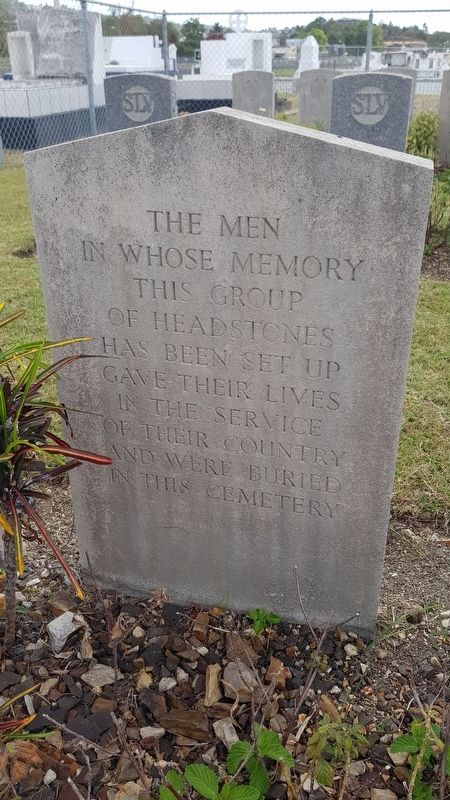 Location. 14° 1.336′ N, 60° 59.225′ W. Marker is in Castries. Memorial can be reached from Peninsular Road just west of Castries - Gros Islet Highway, on the right when traveling west. Touch for map. Marker is in this post office area: Castries LC04 301, Saint Lucia. Touch for directions. 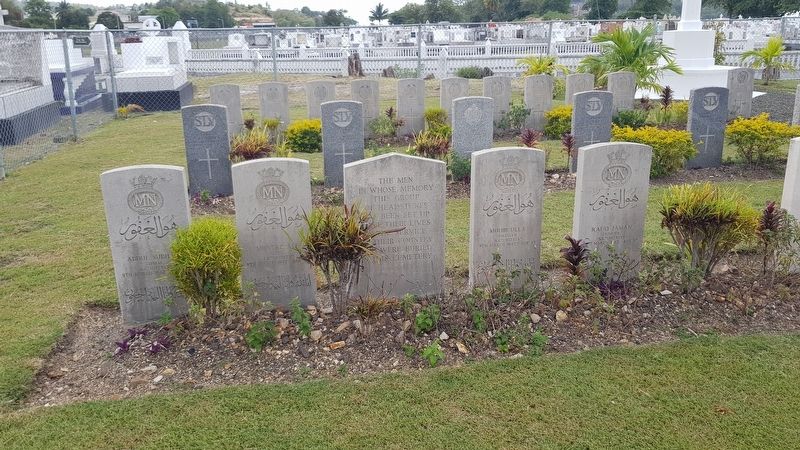 Photographed By J. Makali Bruton, April 20, 2018
2. Choc Bay War Cemetery Marker
The four graves to the sides of the marker (Abdul Subhan, Montaz Ali, Mohib Ulla and Rafiq Jaman) were killed in the March 9, 1942 Nazi attack by U-161 on the SS Umtata in the Port of Castries. These men were members of the Indian Merchant Navy, and as Muslims have Arabic inscriptions on their gravestones. They, like all of the other graves, face east. 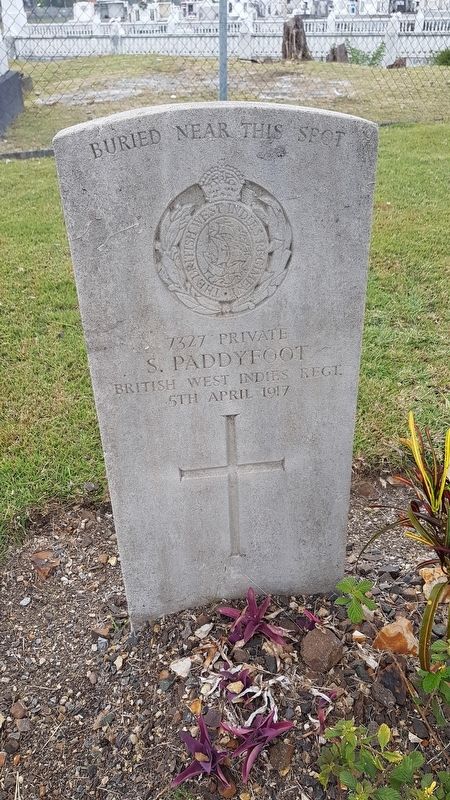 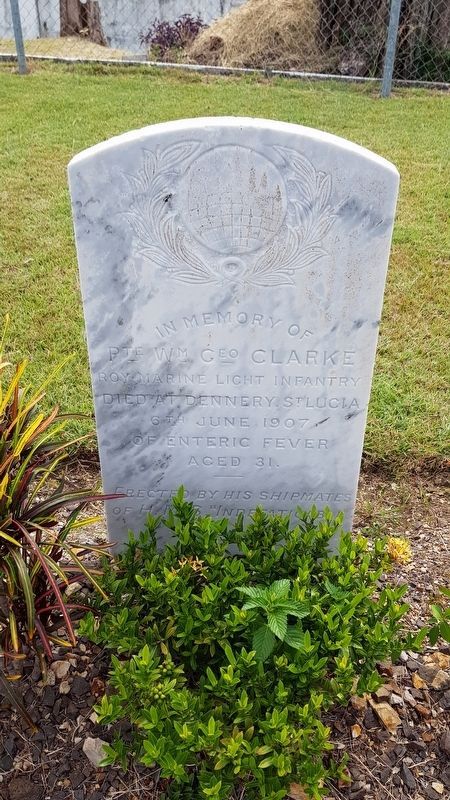 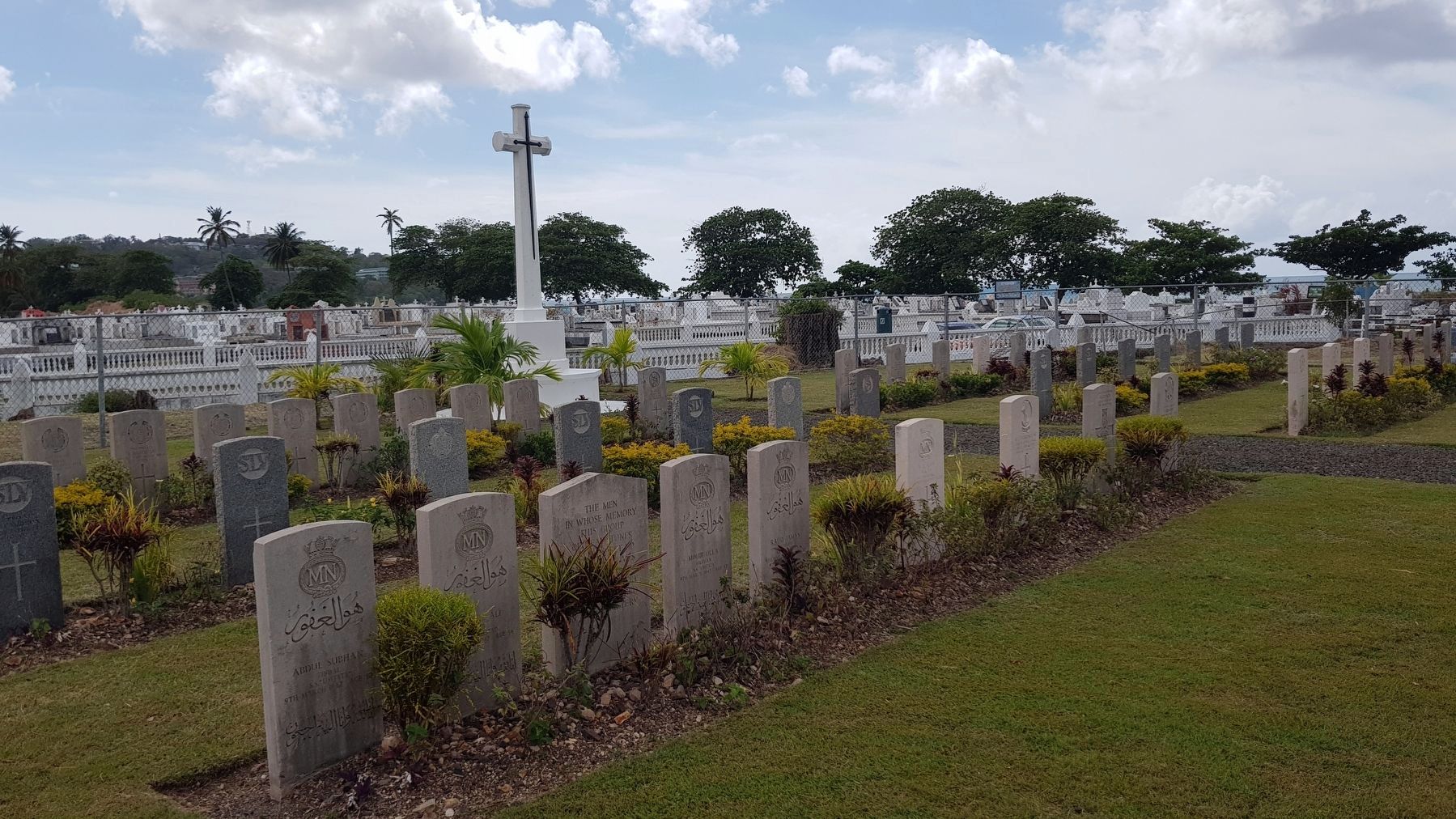 Photographed By J. Makali Bruton, April 20, 2018
5. Choc Bay War Cemetery Marker
The marker is in the southeast corner of the cemetery, seen here in the closest row of graves, the third to the right. The closest graves seen here are generally from World War II and the World War I era graves are closer to the cross. 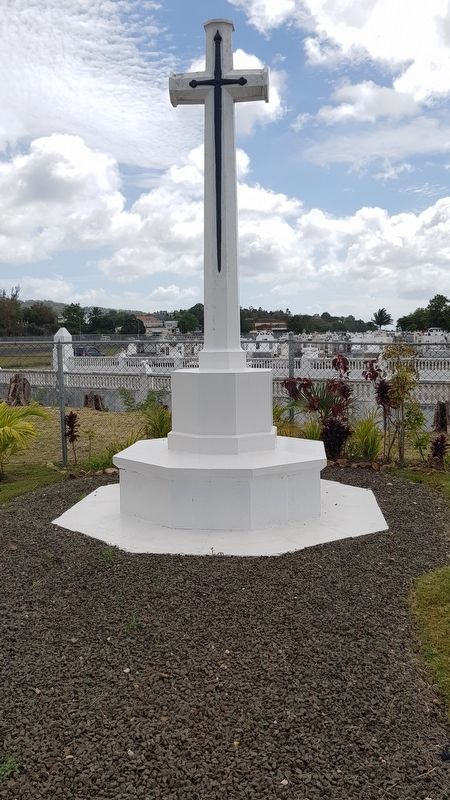 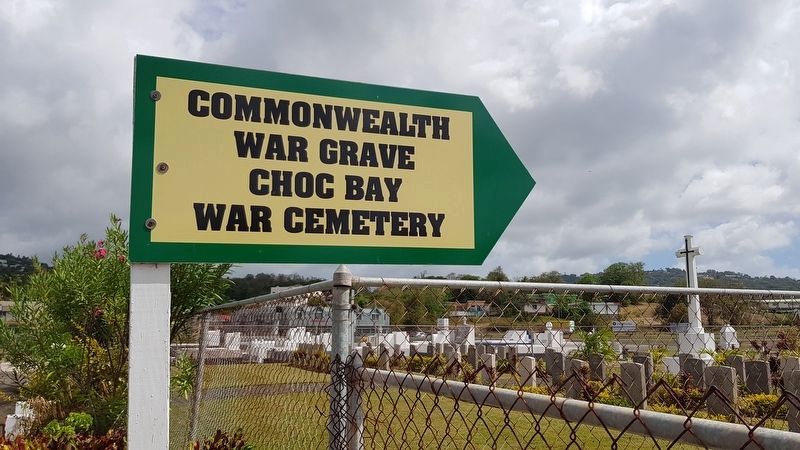