Assault on the Confederate Line of Defense, May 22.

Campaign, Siege, and Defense of Vicksburg; 1863. 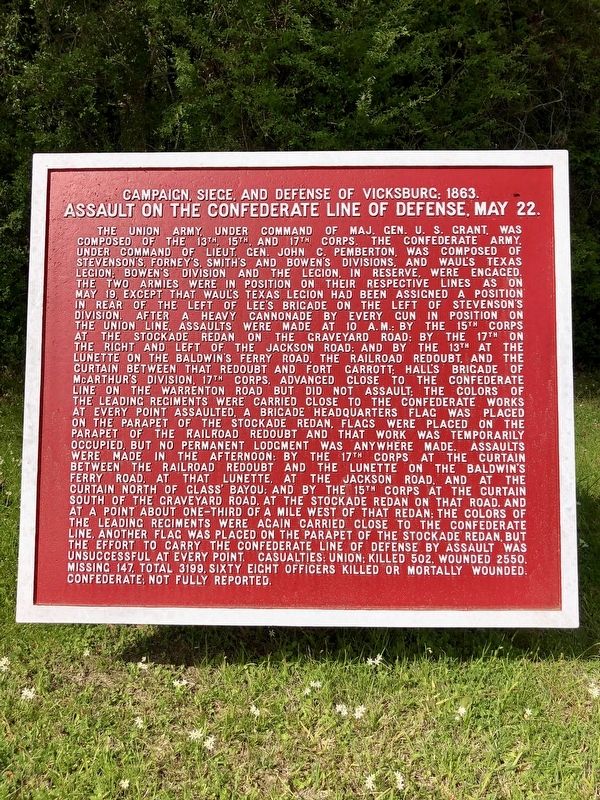 The Union Army, under command of Maj. Gen. U. S. Grant, was composed of the 13th, 15th, and 17th Corps. The Confederate Army, under command of Lieut. Gen. John C. Pemberton, was composed of Stevenson’s, Forney’s, Smith's and Bowen’s Divisions, and Waul's Texas Legion; Bowen’s Division and the legion, in reserve, were engaged. The two armies were in position on their respective lines as on May 19, except that Waul's Texas Legion had been assigned a position in rear of the left of Lee's Brigade on the left of Stevenson’s Division. After a heavy cannonade by every gun in position on the Union line, assaults were made at 10 a. m.: by the 15th Corps at the Stockade Redan on the Graveyard Road; by the 17th on the right and left of the Jackson Road; and by the 13th at the lunette on the Baldwin’s Ferry Road. The railroad redoubt and the curtain between that redoubt and Fort Garrott; Hall's Brigade of MacArthur’s Division, 17th Corps, advanced close to the Confederate line on the Warrenton Road but did not assault; the colors of the leading regiments were carried close to the Confederate works at every point assaulted. A brigade headquarters flag 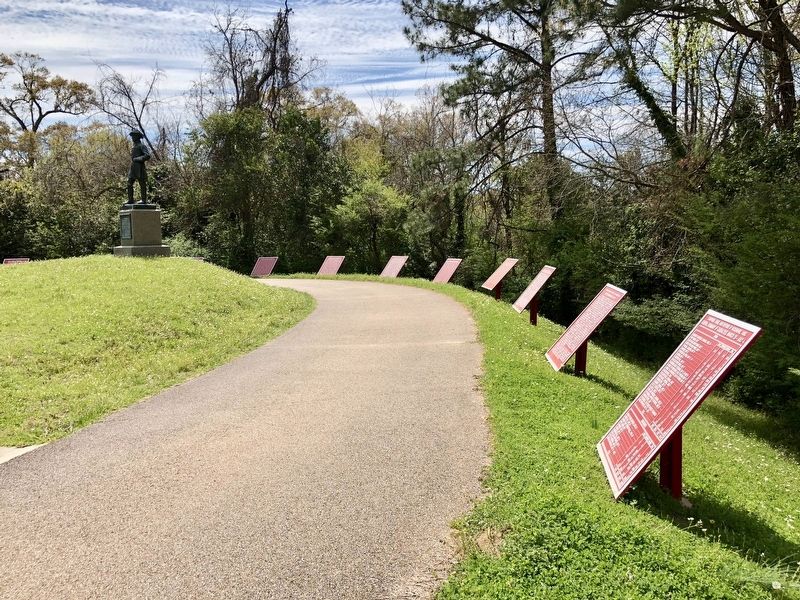 Photographed By Mark Hilton, March 23, 2018
2. Assault on the Confederate Line of Defense, May 22. Marker is 3rd from right.

Topics. This historical marker is listed in this topic list: War, US Civil. A significant day of the year for for this entry is May 19.

Location. 32° 21.11′ N, 90° 51.133′ W. Marker is in Vicksburg National Military Park, Mississippi, in Warren County. Marker is at the intersection of Pemberton Circle and Confederate Avenue, on the right when traveling south on Pemberton 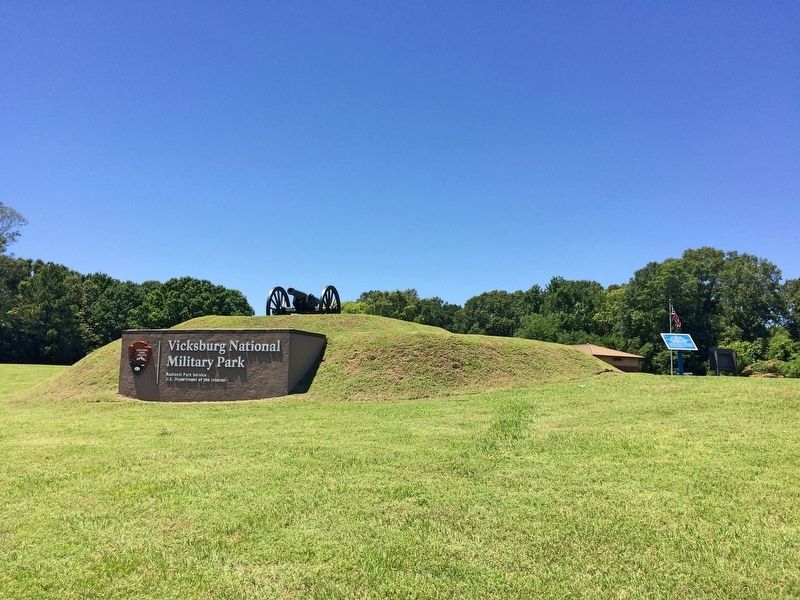 Photographed By Mark Hilton, May 25, 2017
3. Entrance to Vicksburg National Military Park.
Circle. Touch for map. Marker is at or near this postal address: Pemberton Circle, Vicksburg MS 39183, United States of America. Touch for directions.