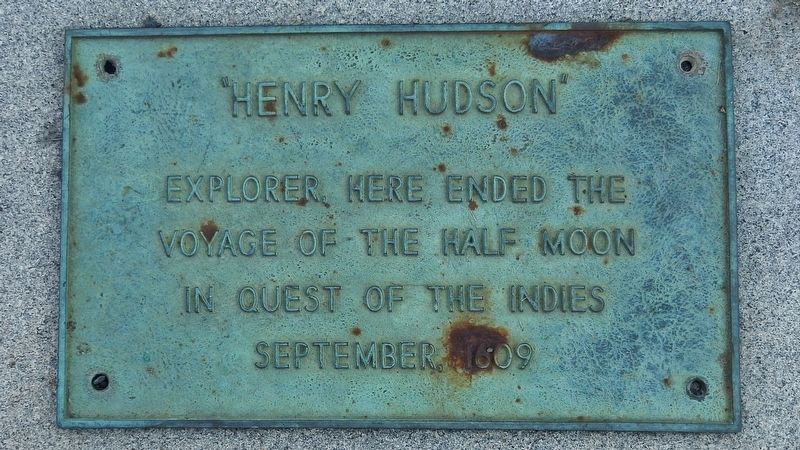 Photographed By Cosmos Mariner, July 11, 2017
1. Henry Hudson Marker
Inscription.
Henry Hudson. .
Explorer, here ended the voyage of the Half Moon in quest of the Indies September, 1609 . . This historical marker is in Albany in Albany County New York

Explorer, here ended the
voyage of the Half Moon
in quest of the Indies
September, 1609

Topics. This historical marker is listed in these topic lists: Exploration • Waterways & Vessels. A significant historical month for this entry is September 1609.

Location. 42° 38.912′ N, 73° 45.031′ W. Marker is in Albany, New York, in Albany County. Marker is on Broadway (New York State Route 5) north of Hudson Avenue, on the right when traveling north. Marker is a metal plaque, mounted horizontally and directly on the curb beside the sidewalk, in front of the SUNY Administration Plaza Park and the former Delaware & Hudson Railroad building. Touch for map. Marker is at or near this postal address: 353 Broadway, Albany NY 12207, United States of America. Touch for directions. 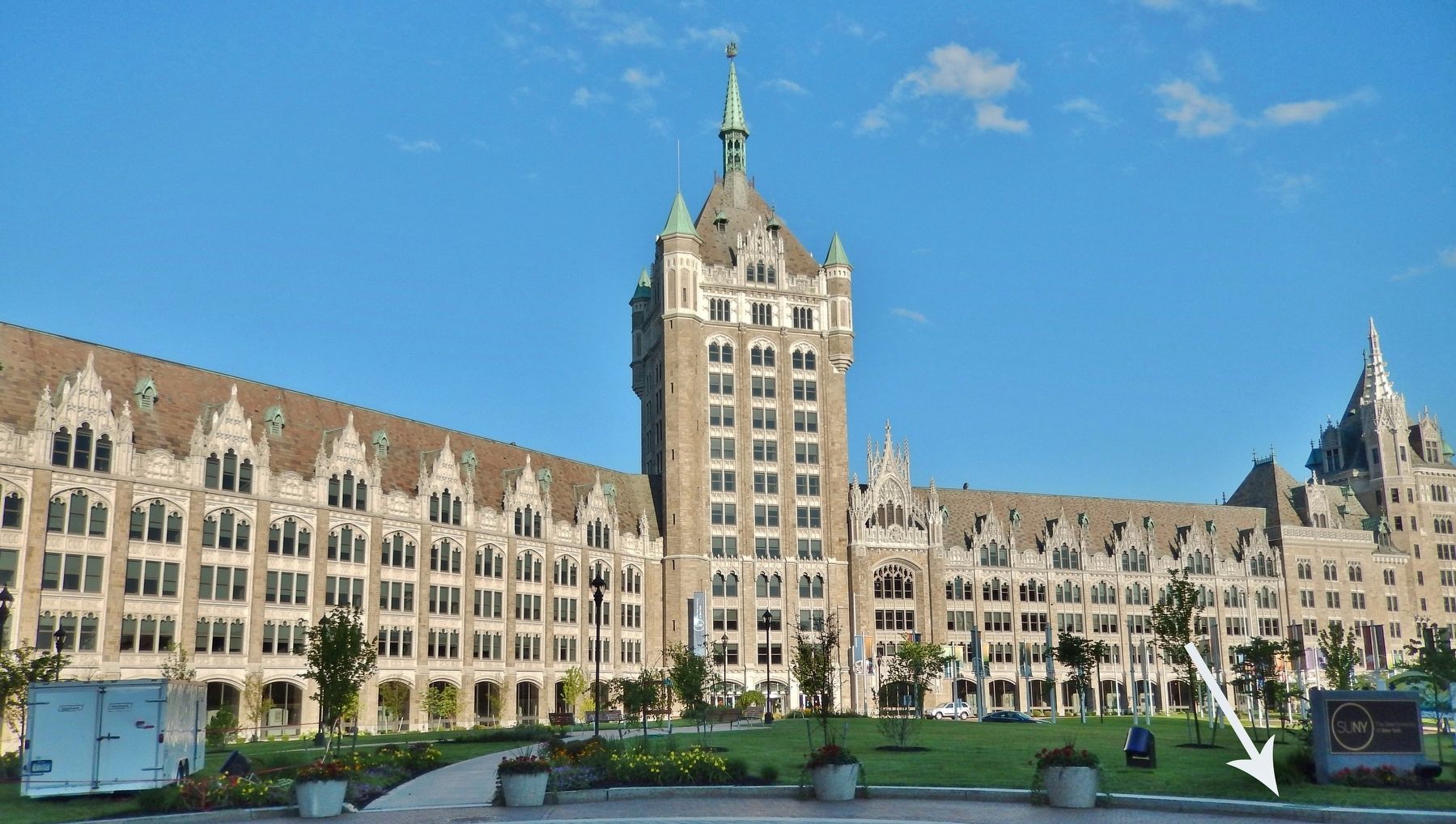 Click or scan to see
this page online
(within shouting distance of this marker); Building A Place to Live (within shouting distance of this marker); 1st Telephone Central Office in New York State (about 400 feet away, measured in a direct line); Anneke Janse Bogardus House Site (about 500 feet away). Touch for a list and map of all markers in Albany.

Related markers. Click here for a list of markers that are related to this marker. Henry Hudson, Voyage of the Half Moon, 1609

Also see . . .
1. Henry Hudson's Third Voyage. Henry Hudson website entry:
Hudson explored the northeastern coast of America, eventually sailing into the mouth of a wide river near today's New York City. He hoped the river - now named the Hudson River - would provide a passage west to the Pacific. But after 150 miles - and reaching a location near where Albany sits today - he found the river had become too shallow to continue. (Submitted on April 22, 2018, by Cosmos Mariner of Cape Canaveral, Florida.)

2. Henry Hudson. History website entry:
After twice being turned back by ice, Hudson embarked on a third voyage - this time on behalf of the Dutch East India Company - in 1609. This time, he chose to continue east by a more southern route, drawn by reports of a possible channel across the North American continent to the Pacific. After navigating the Atlantic coast, Hudson’s ships sailed up a great river (which would later bear his name) but turned back when they determined it was not the channel they sought. Hudson’s discoveries laid the groundwork for Dutch colonization of the Hudson River region, as well as English land claims in Canada. (Submitted on April 22, 2018, by Cosmos Mariner of Cape Canaveral, Florida.)